Science will prevent you from wasting your time scrubbing cookware. 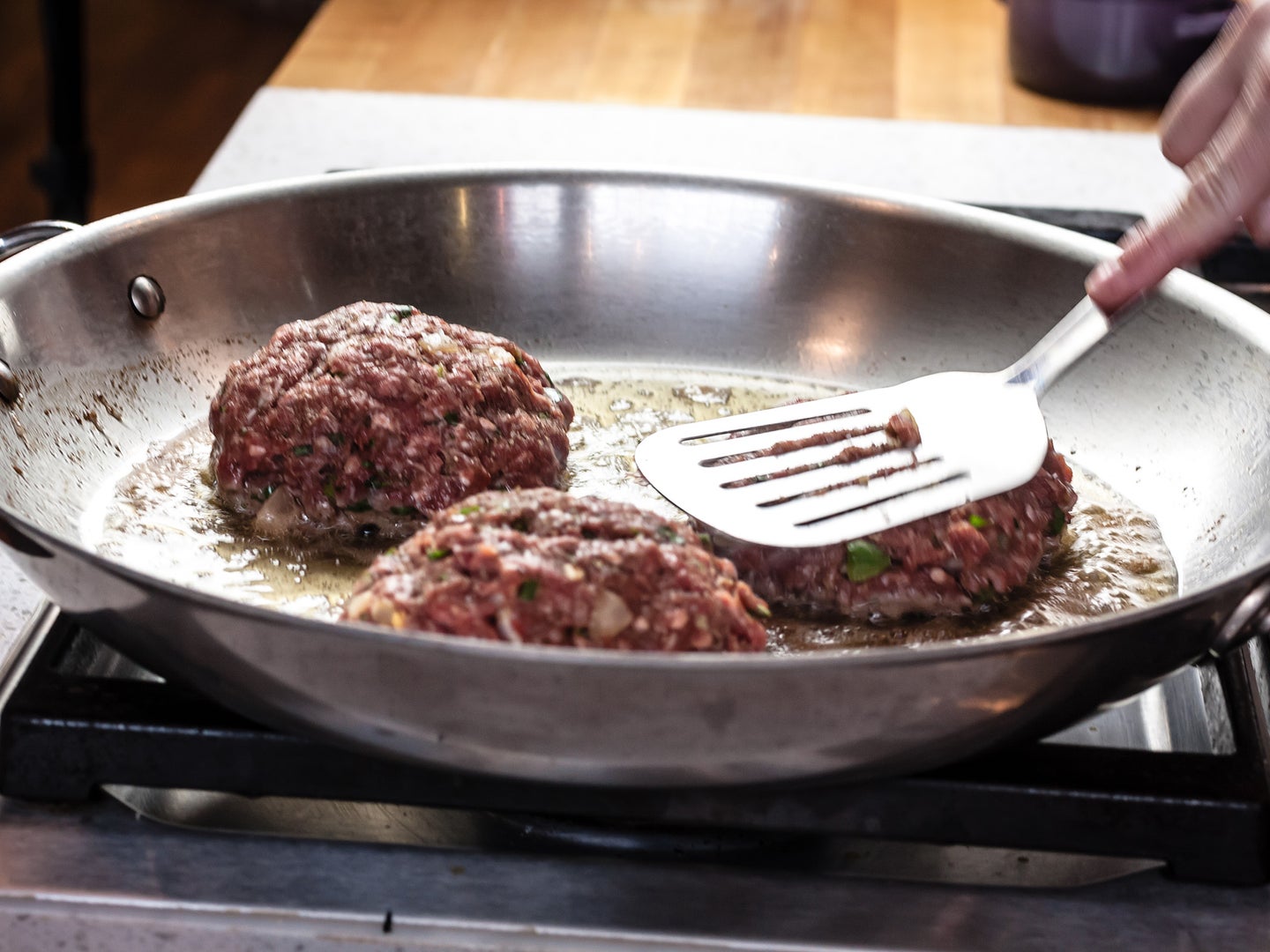 Stainless steel pans are the workhorse cookware in most restaurants. But yours are probably just sitting there, neglected after your last attempt to fry a chicken breast somehow glued the poultry to the metal, resulting in a mangled meal and a burnt-on ring of carbonized protein firmly stuck to the bottom of the pan.

“There’s got to be a better way!” you exclaim, as if on your own real-life infomercial. And I assure you there is: using science and proper heat management, you can exploit the Leidenfrost effect to give your stainless steel cookware non-stick superpowers.

We don’t want to oversell this, so let us clarify that you’re never going to be able to crack a raw egg into a cold stainless steel pan with no oil, fry it on low, and slide it right onto the plate. But your food will move when it needs to, and you’ll never again have to add a chisel to your dishwashing tools.

How to use stainless steel pans correctly

Unless you’re just warming something up, you should never put food into a cold stainless steel pan—always pre-heat your cookware before putting anything on it, even oil.

There are a couple of reasons for this. First, as cold, protein-rich food (like meat or poultry) heats up along with a cold pan, proteins bond with some of the elements in the metal, like iron atoms. This is why your ill-fated chicken ended up glued to the pan last time. There’s no scientific consensus as to why this is, but some believe the same principle applies to eggs and their shells, which is why you should always cook them by lowering them into boiling water rather than starting from cold. When you drop your eggs in cold water, the protein-rich white allegedly bonds strongly with the outer membrane, making the eggs harder to peel once they’re done. But put them straight into boiling water, the theory goes, and the proteins will bind to themselves, allowing the shell to come right off.

[Related: How to season a cast iron pan]

The second reason pre-heating your pan is so important is that, on a microscopic level, stainless steel has a porous surface. But as the pan heats and the metal expands, those pores get smaller and smaller, resulting in a much smoother surface food is less prone to stick to. Pre-heating times will depend on the make of your pan and the power of your stove, so it’s equally important to know when to start adding your ingredients. This is what the water test is for.

At the right temperature, if you toss a drop of water into the pan, it won’t evaporate instantly but roll around like an air hockey puck instead. That’s because the principle, called the Leidenfrost effect, is the same in your kitchen as at the arcade. A thin layer of gas between the puck and the surface below allows the disc to become almost frictionless, while in the case of your droplet, a thin layer of water instantly vaporizes when it touches the hot metal, providing a gaseous coating that allows the rest of the droplet to coast on steam. While it’s most visible using a drop of water, your food gets some of the same sliding superpowers when the moisture in it hits the pan.

Now that your pan’s hot enough, pour out that droplet, add your cooking oil of choice, and proceed to add your ingredients to the pan.

But you’re not done. The Leidenfrost effect needs a high and steady temperature, so make sure you don’t add ingredients straight from the fridge, or worse, the freezer. Putting in a big cold piece of meat will likely drop the metal surface temperature to the point that the food will bond with the stainless steel, rendering the whole preheating process useless. That same piece of meat at room temperature will hit the hot oil and quickly begin releasing its water, sizzling audibly as its moisture turns to steam and insulates its surface from the pan.

Adding in food at room temperature will also minimize the possibility of thermal shock, which is a double whammy of bad news. First, the drastic change in temperature could ruin your pan by warping it, but also result in splashing, dangerous hot oil.

Do I need to season my stainless steel pan?

No. Only cast iron and carbon steel pans need seasoning, which results in layers of slippery polymerized oils. This is not just to make them slicker, but because they’re extremely reactive to water and will rust rapidly without a protective barrier to seal them. A stainless steel pan isn’t reactive and you can toss them in a dishwasher without fear.

On a stainless steel pan, the rule is to flip your food when you can do so easily. So if your burgers are resisting you, don’t force them. Presuming you’re using a pre-heated and adequately oiled pan, wait, and keep cooking your patties as it takes time for the proteins to bind to each other. The process practically enforces a good sear, so it has flavor benefits, too.

And don’t worry about your burger drying out as you cook it more. In 2020, a group of Korean scientists at Seoul National University found that a good sear has negligible effect on internal moisture and it’s just more delicious. Unfortunately, their reported methodology did not specify what kind of pan they used, making their experiment harder to reproduce faithfully. That being said, should you choose to try this yourself, a stainless steel pan would work wonderfully.

Hugh Neill is a technical writer and horror novelist living in New York. He has gone to great effort to smell faintly of cedar at all times.