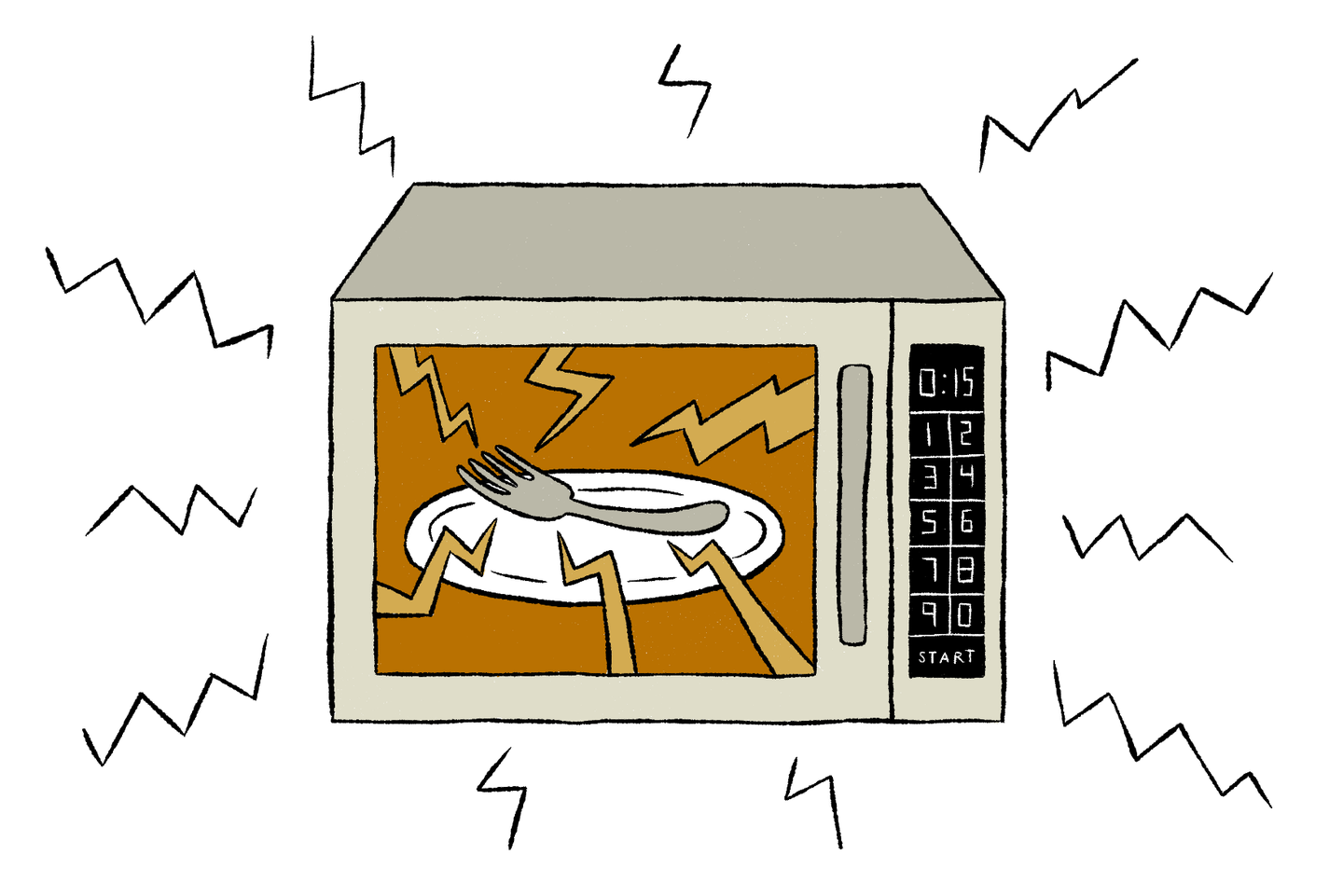 6 metal myths and tips for cooking

How to master using metal in the kitchen.

WHEN METALS first entered West Asian and Eastern Mediterranean kitchens in the form of bronze knives and copper cauldrons, only the wealthy could afford these tools. Today, such cookware and cutlery are staples—but with widespread use come common misconceptions.

Microwaving metal is dangerous: FALSE (in some cases)

If you’re wondering why you hear a loud zap when electromagnetic radiation hits a stainless-steel fork, know that it’s the shape, not the material, that’s the problem. Microwaves heat up food by vibrating water molecules, but if you raise the temperature on a knife or fork, the loose electrons on the metal will get stirred up, accumulating on sharp edges and potentially producing sparks. Set a spoon on the turntable instead, and the energy will disperse, resulting in nothing but a scalding utensil.

The nonstick powers of cast iron come from the seasoning process, whereby a thin layer of fat is heated to form a strong, elastic polymer that prevents food from adhering to the cookware. Dishwashing liquid can cut through most types of grease—including these slicks—but since the majority of them no longer contain lye or other abrasive ingredients, they’re not strong enough to strip the coating off properly prepped skillets.

Tarnish on fancy flatware comes from silver sulfide, which is created when metal molecules combine with sulfur gases from the air. To banish the dullness, place a ball of aluminum foil in the dishwasher. The warm water and the salts in the detergent will coax the sulfur to chemically bond with the foil, resulting in utensils that sparkle again.

Using metal utensils on Teflon is unhealthy: FALSE (in some cases)

Some nonstick pans have a coating that flakes off when scratched by hard spatulas and tongs. The responsible chemical, Teflon, has been linked to cancer, infertility, and thyroid disorders, among other problems. But you don’t need to worry about ingesting it unless you’re still using older cookware, which was made with perfluorooctanoic acid, a cancerous compound. Nonstick kitchen items produced in the US after 2013 aren’t coated with the harmful substance.

When you handle garlic and onions with bare fingers, the sulfuric compounds from the juices can make you reek for hours. Soapy lathers won’t help, but rubbing your skin against a stainless-steel utensil or sink under an open faucet will. The wet metal creates chromium oxide, which can bind to sulfur, liberating you from allium fumes.

The best meringue comes out of metal bowls: TRUE

Beating eggs vigorously will introduce air and rearrange their proteins into a delicate meringue. But the tools you use matter as much as the method. When you mix your sweet white peaks in a plastic vessel, you risk contaminating them with residue from other ingredients. A smooth, scratch-resistant surface like stainless steel won’t present that problem. Copper is even better: The red metal bonds to sulfur in the egg proteins and prevents them from sticking together too tightly, helping the meringue retain its moisture and fluffiness.