Warming Oceans May Be Spewing Methane Off West Coast

Is it hot in here? Or is that just the methane? 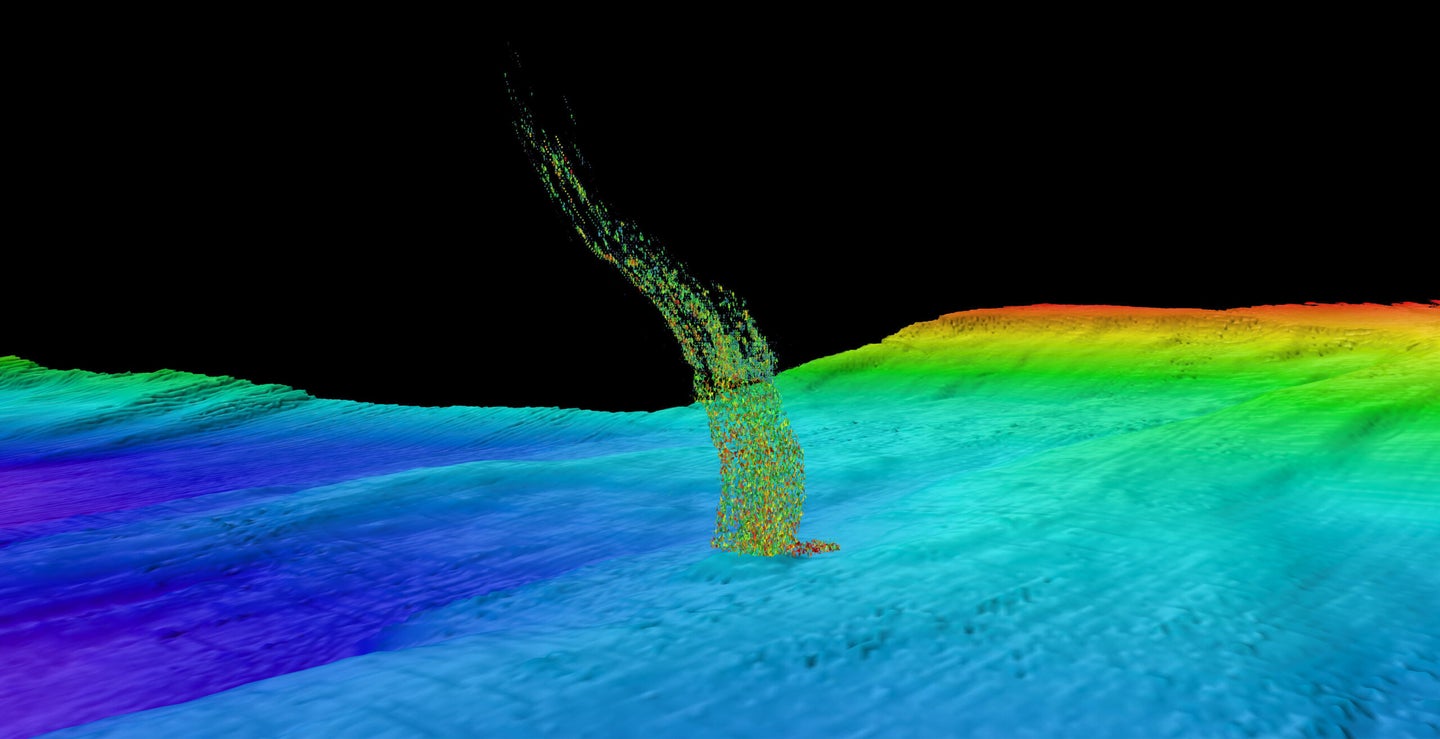 We know that warming ocean temperatures pose a serious threat to coral reefs and Antarctic ice shelves, but now it looks like rising temperatures are already releasing large amounts of methane into the ocean.

Methane is a potent greenhouse gas, 25 times more powerful than Carbon Dioxide, but thankfully, nowhere near as abundant. Greenhouse gases are gases that trap heat from the sun in the Earth’s atmosphere, just like glass traps heat in a greenhouse. Here at sea level, methane is emitted as a byproduct of any number of industries, from landfills and agriculture, to oil and gas resources. The industrial sources of methane are worrying, but of even greater concern are natural sources of methane that have been locked deep under oceans and ice for a very long time. When methane interacts with water at very low temperatures it forms a solid called methane hydrate, a lattice-like structure that traps the methane. Now, at least some of these frozen prisons seem like they’re starting to melt.

In a study that will soon be published in the journal Geochemistry, Geophysics, Geosystems researchers found that a strange number of methane leaks (a fairly normal occurrence on the seafloor) were coming from a worrying place.

“We see an unusually high number of bubble plumes at the depth where methane hydrate would decompose if seawater has warmed,” lead author H. Paul Johnson said in a statement. “So it is not likely to be just emitted from the sediments; this appears to be coming from the decomposition of methane that has been frozen for thousands of years.”

Just over 8 percent or 14 of the 168 plumes that Johnson and his co-authors looked at were located at the suspicious depth, but that was enough to make them look closer. A follow-up study to test the content of the plumes will be able to tell if the methane bubbles are more recent, or if they’ve been there for a while.

Methane released from this deep in the ocean usually doesn’t go straight into the atmosphere (though it is possible.) Instead, microbes feast on the methane, releasing carbon dioxide. While that might seem like a fine tradeoff, carbon dioxide isn’t exactly benign in the water. It can make oceans more acidic, harming important fisheries in the process. Ocean acidification was probably responsible for the largest mass extinction in the world. Lets hope we aren’t headed for another.