A game called The Great Flu, developed by virologists at Erasmus Medical Center in Rotterdam, lets you unleash the flu... 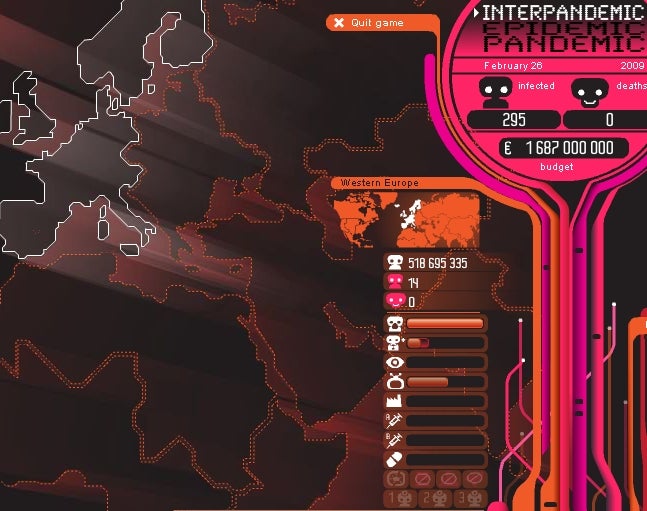 A game called The Great Flu, developed by virologists at Erasmus Medical Center in Rotterdam, lets you unleash the flu virus of your choice on the world, then use your $2 billion budget to contain it through a palette of public health moves.

Playing it, I’ve certainly gained a little knowledge about the flu and a lot of empathy for the WHO.

My first time playing was a massive failure. After selecting the Kai virus, I managed to kill about 40,000 people in a mere thirty days as the virus spread despite all my panicked efforts to contain it. By the time I started stockpiling vaccines, it was too late. I caused riots by shutting down the airports without deploying an information campaign to tell the people what was going on. Despite closing schools, markets, and airports, and distributing facemasks, I soon burned through my money and had no choice but to watch the havoc.

The second time around, I took a more successful route, and despite causing global economic turmoil and riots in southeast Asia, I was able to get a strain-specific vaccine in time to contain the virus. Body count: 24,501. Yeesh. Can you guys do any better? What public health moves were the most useful to you?