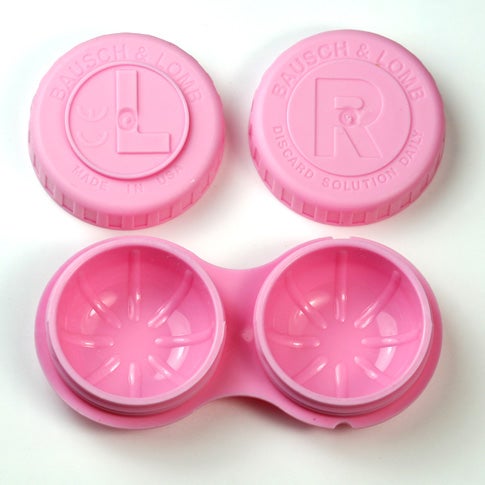 Researchers in Australia have come up with an outwardly simple but incredibly ingenious way of curing blindness caused by corneal damage: Take everyday contact lenses, already used by millions (including me), and infuse them with a patient’s own stem cells. After wearing them for about 2 weeks, test subjects reported a seemingly miraculous restoration of sight. Is it that easy?

Most of the patients had only lost vision in one eye, so stem cells were harvested from their good eye and then plated onto contact lenses. After letting the stem cells repair damaged tissues, 2 of the 3 patients went from legally blind to being able to read some of an eye chart. The third patient actually regained enough sight to pass a driving exam. Researchers are still monitoring the stability of the treatment, but the results seem promising, if not mind blowing.

So far they’ve only targeted corneal damage, which is estimated to be the cause of sight loss in about 1.5 million people every year. The simplicity and relatively low cost of the procedure could make it available in more impoverished areas. Even a congenital defect in both eyes, aniridia, was cured using stem cells taken from a different part of the eye. Once the process is perfected and tested extensively, researchers think in the future they can use it to cure blindness that afflicts other parts of the eye. While they haven’t mentioned curing regular near- or far-sightedness, I’m waiting for my own stem cell-laced contacts to cure my –4.0 crud eyesight without having to go under the laser!

Still, amazing stuff. For even more ways stem cells are changing the game, see our Essential Guide to Stem Cells from the June 2009 issue.

Above is a video explaining the technique. Warning: some clips of gruesome eye surgery are included, which make my own eyes water.