With Chip Implanted In Retina, Blind Finnish Man Can Read

A blind Finnish man implanted with a special chip in his retina was able to see letters, a clock face... 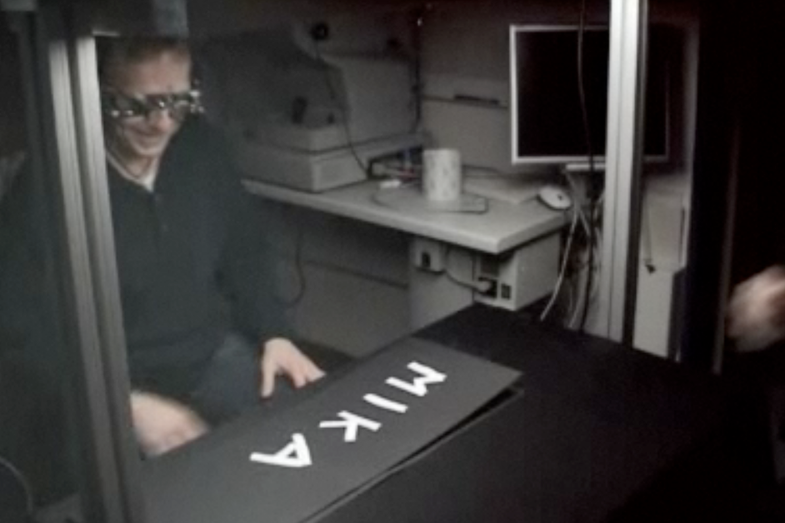 A blind Finnish man implanted with a special chip in his retina was able to see letters, a clock face and even different shades of gray, according to a new study. The device could represent a new form of vision therapy that relies on patients’ own eyes, instead of cameras and synthetic eye components.

The chip converts light that enters the eye into electrical impulses, which are fed into the optic nerve. In a clinical study involving 11 people, patients were able to recognize objects and move around a room, with the most promising results when the implant was inserted behind the retina. Miikka Terho, 46, had the best results, according to the BBC.

His prototype implant has been removed, but he has been promised an upgraded version soon, BBC reported. Terho said he could read letters by training himself to bring together the lines that make up the letters. Within a couple days of receiving the implant, he was able to distinguish his own name, which had been deliberately misspelled to see if he could make it out.

Researchers at University Eye Clinic in Tübingen, Germany, and a private firm called Retina Implant worked for 12 years to develop the device.

It’s different from other retinal implants in that it uses a patient’s own eyes. MIT researchers have developed a retina chip that uses a special pair of glasses, which photograph a person’s surroundings, and a California firm called Second Sight has a system involving a camera, transmitter and battery pack worn on the belt.

The German-designed implant is also externally powered, and in the initial study it connected to a cable that protruded from the skin behind the ear, connecting to a battery. The next version would be contained beneath the skin, with power delivered through the skin via an external device, according to the BBC.

Several patients in the study suffered a progressive form of blindness known as retinitis pigmentosa, which involves the degeneration of cells in the retina. The implant was placed near the degenerated cells, according to diagrams provided by Retina Implant. Devices like this could conceivably help patients with other forms of retinal blindness, including macular degeneration.

The work is reported in the British journal Proceedings of the Royal Society B.

A special chip implanted behind the retina can allow people with impaired vision to see objects with their eyes, unlike other methods that use a special camera.