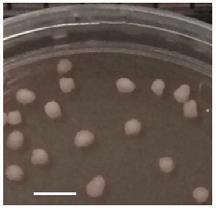 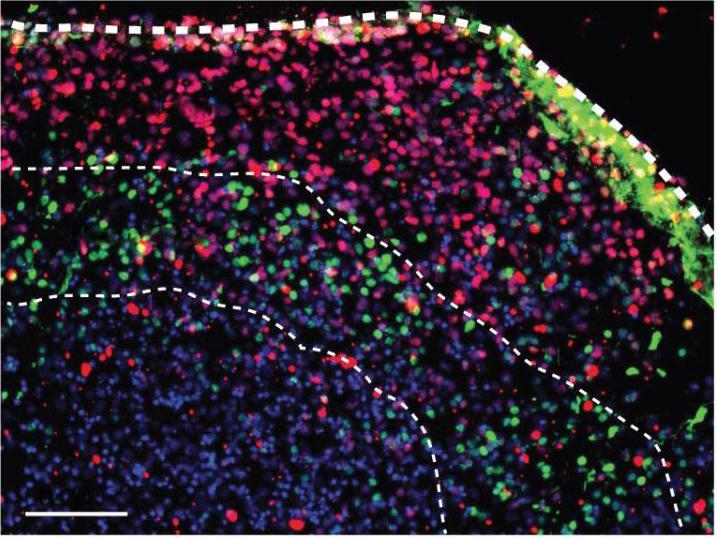 Neurons and supportive glial cells grown in a petri dish arrange themselves in the layers of an actual human brain.

Prescribing medications for psychological conditions is notoriously tricky—one drug works differently for individuals with the same condition and can even change over time in the same person. Now researchers have been able to create tiny versions of patients’ cerebral cortices in petri dishes, which would allow them to test how drugs would work on a patient’s brain before prescribing the one that works best. The study was published last week in the journal Nature Methods.

In the past, researchers figured out a way to extract stem cells from patients’ skin and to grow them into neurons in the lab. But testing drugs on neurons doesn’t give researchers any information about how the drugs affect the brain’s circuitry, or how the brain communicates within itself. This aspect is key—a number of psychiatric conditions result from disrupted development of this neurological circuitry, the study authors write.

This new technique allows researchers to use the same stem cells from a patient’s skin to create a three-dimensional complex of neurons, as well as their supporting glial cells, that closely resembles the structure of the actual brain. The process requires fewer steps than previous methods, and the “budding cortex” may also lend itself to brain slicing, which, when it’s more sophisticated, could allow researchers to get a better look a how circuitry disorders affect the brain.

The researchers note that the petri dish cortices aren’t nearly as complex as real human brains, so they can’t yet reveal much about circuitry disorders. But they hope that, in the near future, the budding cortices could be used to tailor psychology medication to each patient.