Forensic Crime Labs Are A Mess. What Happened?

The Justice Department is reviewing thousands of FBI cases for flawed forensic work that could've contributed to the conviction of innocent people. Even worse: This might be bigger than the FBI. 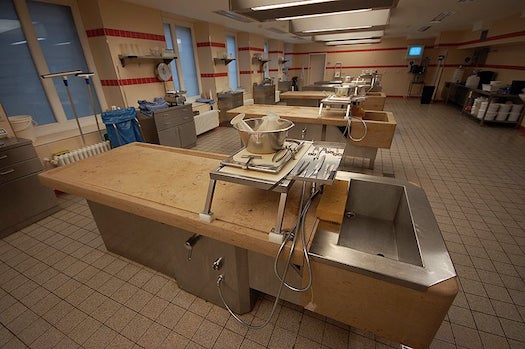 Earlier this month, we wrote about Annie Dookhan, a forensic chemist at a Massachusetts-based crime lab who stands accused of some pretty stark negligence. Turns out she’s not the only one. Problems in crime labs have reached the top levels of government and spread out across the country, shining a spotlight on the troublesome role of science in criminal cases.

The Justice Department, specifically, has announced a review of FBI cases to see if technicians misrepresented lab reports and testimonies that might have led to wrongful convictions. The DOJ will scour at least 21,000 cases conducted by the FBI Laboratory’s hair and fibers unit before 2000. But there’s another issue. About three dozen FBI agents trained 600 to 1,000 local and state technicians, and if the feds are using faulty methods, then it stands to reason that the local labs they trained with those methods aren’t doing much better. Cases at these local labs, however, won’t undergo the same review, even though the problems could be just as widespread.

It gets worse. An April Washington Post article noted that the Justice Department knew about flawed forensics for years, but prosecutors didn’t let defendants (or their attorneys) know. Officials reviewed cases in the ’90s, but only a few of them, and they focused on one scientist. Now we’re seeing sloppy work nationwide, and people are going to prison because of it.

In short, it’s a disaster for justice–and science. We look to science as a source of objective conclusions based on facts, but the sad truth is, those conclusions can be nudged. As we wrote before, the daily drudgery of working in a crime lab compounded by an institutional obsession with statistics can compel scientists to cut corners, even when someone’s freedom–hell, when someone’s life_–is on the line. We’re all aware that some police departments and prosecutors face tremendous pressure to meet arrest quotas and seek convictions. We just don’t expect those pressures to make their way into the lab, too. _The Huffington Post‘s Radley Balko points out that forensic scientists can be punished for simply testifying for the defense. So much for objective conclusions.

What can we hope for? A sort of overhaul in the status quo, even if it’s hard to say exactly what that would be. The problems are pervasive enough that it’ll take some major re-imagining of the relationship between government, crime, and science to even make sure this is less likely to happen, much less that it never, ever happens again.