Animal tests can only get you so far 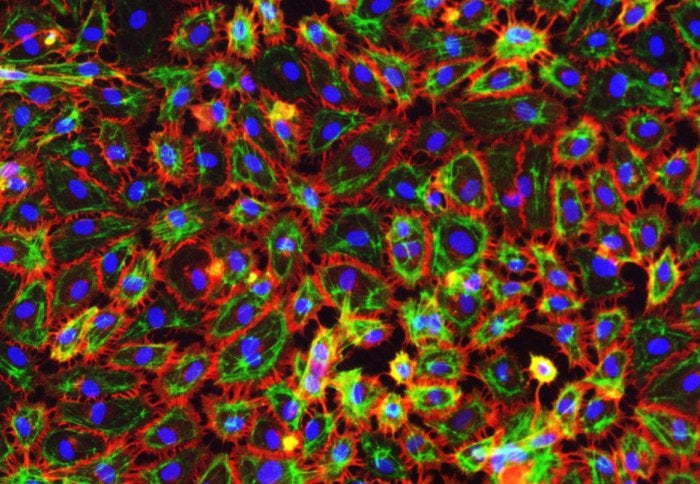 A new test could help researchers understand how patients might respond to an unpredictable type of drug called a biologic. The test uses stem cells to give a more accurate prediction for how the drugs will affect a person’s entire body, not just specific cells, and could make drug trials much safer in the near future.

A biologic drug is made of a compound isolated from human, plant or animal. “In contrast to most drugs that are chemically synthesized and their structure is known, most biologics are complex mixtures that are not easily identified or characterized,” says the Food and Drug Administration. That means that biologics that have passed earlier phases of trials—about a third of all drugs in the pharmaceutical pipeline—could act very differently in humans in ways that are hard to predict. In 2006, six healthy men almost died during a drug trial for a new biologic, called TGN1412, designed to stimulate the immune system, and researchers still aren’t quite sure what went wrong.

Biologics affect how different types of cells interact, but some of these cells are only found deep in the body. So researchers testing drugs on cells in petri dishes would have to use cells from different donors, which doesn’t give them an accurate view of what the side effects may be overall.

In the new test, published in FASEB Journal, researchers isolated stem cells from a donor’s blood, then grew different types of cells in a petri dish to recreate the conditions in the blood vessels. When they added TGN1412, the same drug that caused organ failure in the 2006 trial, they saw exactly the same reaction they would have expected had the drug been tested in the human body.

The test could soon be available to pharmaceutical companies to help develop safer biologics or even help with personalized medicine, allowing medical professionals to test the efficacy of a drug on an individual before it’s administered.