The tricks of physics that cause organs to form 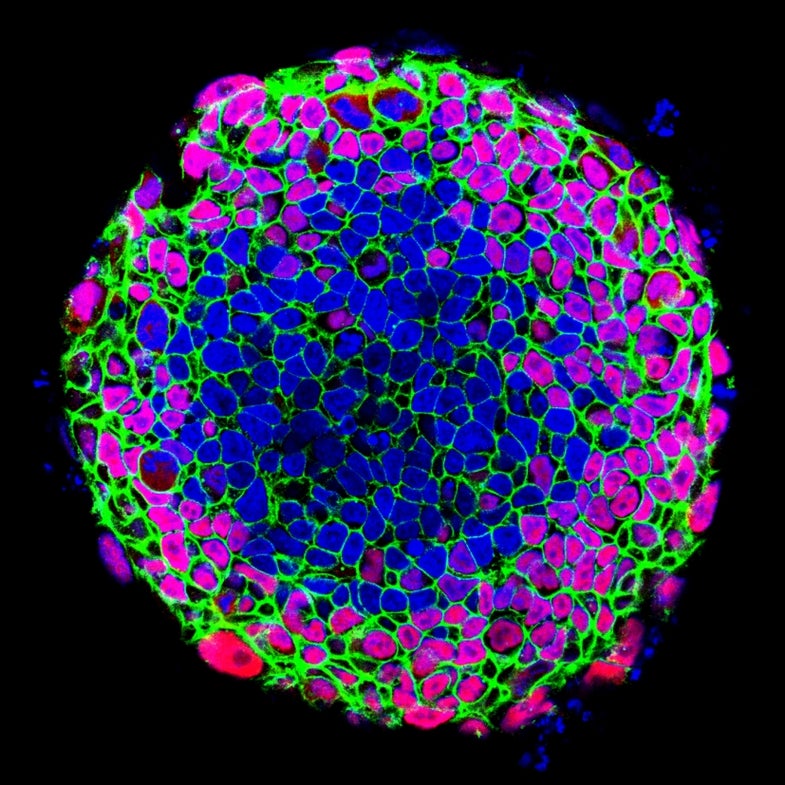 Stem cells, the jack-of-all-trades building blocks of human tissues, have yet another application in biology research: scientists have been able to grow them into beating cardiac tissue. This could help scientists better understand how the heart develops and test if drugs might be affect cardiac development in growing fetuses.

In a fetus, stem cells become heart tissue through a symphony of chemical cues, conducted by DNA. But the laws of physics also play a role—cells in the body get pushed and pulled into different positions, which changes how DNA regulates them.

In the study, published today in Nature Communications, the researchers started out with stem cells derived from skin tissue. In a petri dish, they used the growth medium typically used to coax cells to develop. But they added something new: a chemical layer that had different areas with tiny little etchings made with oxygen plasma. These slight physical and chemical differences in a the different areas of the dish caused the stem cells to develop into different types of cardiac tissue cells—just as they do in the human body. By day 20, the cells had formed heart “microchambers” that were actually beating, albeit slowly. This is a time-lapse of the tissues moving over a 24-hour period:

And here’s a 3D reconstruction of the microchamber:

To see if other chemicals could affect these lab-grown tissues, the researchers dosed some of the cells with thalidomide, a drug known to affect heart development in fetuses. Just as the researchers expected, the microchambers didn’t develop properly.

This research could help scientists better understand how the heart develops. Most of their current knowledge and testing is based on mouse heart cells, which aren’t quite the same as in humans. Having beating heart tissue readily available in the lab could also make it easier for researchers to test how drugs can affect fetus hearts, which could lead to new drugs that are safer for pregnant women.

The researchers also note that similar tactics could help grow other kinds of organs in the lab as well.