Pegomastax africanus was smaller than a housecat but not nearly as likeable--it had 1-inch-long fangs and porcupine-style quills. 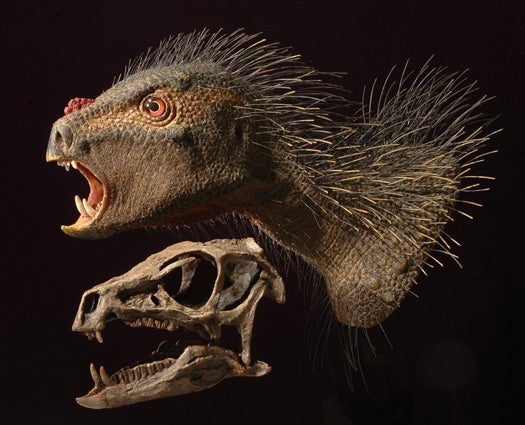 The newly identified Pegomastax africanus is a strange new anomaly in the dinosaur world. When it roamed the planet more than 200 million years ago, it was less than 2 feet long and didn’t even weigh as much as a housecat–making it one of the smallest dinos ever–and it definitely wasn’t as likable as a housecat: despite it probably being a herbivore, it had 1-inch-long fangs and porcupine-style quills.

The fossil that carried Pegomastax africanus, or “thick jaw from Africa,” was first found in the 1960s by scientists in South Africa, but the specimen inside was only later discovered. This is the first time it’s been identified and described, and it appears online today in the journal ZooKeys.

In case the giant teeth weren’t enough, the dinosaur also had a pair of short canines that it could use in a stabbing motion. That’s odd for a herbivore, so some have suggested it at least partook in the occasional insect. (It’s one of a breed of fanged plant-eaters called heterodontosaurs, or “different-toothed” reptiles. Which sounds like a bit of a euphemism.)

But even if it were a carnivore, and the thought of a “Jurassic Park”-type invasion is keeping you up at night, take comfort in this image showing its size relative to humans. 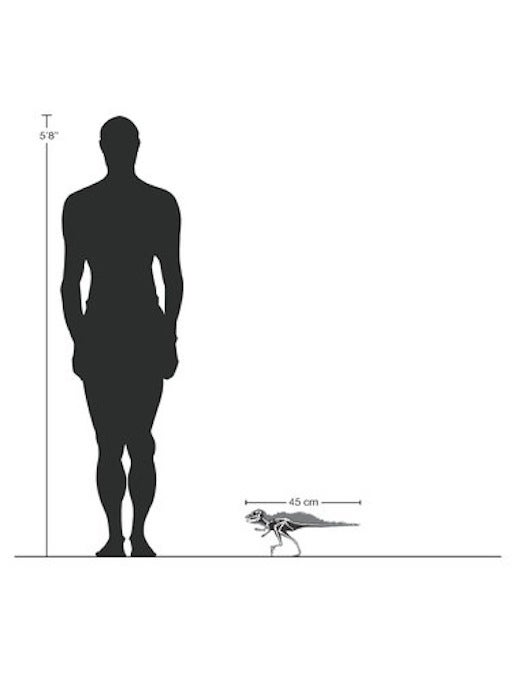