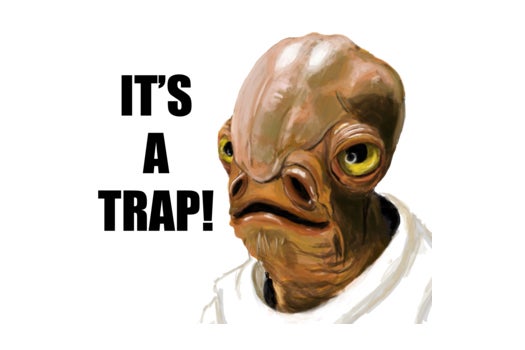 If you build it, they will come. And someone, somewhere, is going to try to scam some money out of it.

The “it” in this case is open-access journal publishing. Open-access means that anyone can read them without having to navigate a paywall. Part of the deal here is that authors also pay to publish the paper, in a bid to offset the editorial costs of running a well-organized peer-reviewed journal.

Seeing the success of legitimate open-access journals such as those published by the Public Library of Science gave some unscrupulous people ideas: why not start up a company and solicit submissions to journals that never publish the articles, or never peer-review the submitted articles, or even one that might peer-review, but charges way more money than what one might pay at another journal?

Research librarian Jeffrey Beall has assembled a depressing list of some 243 predatory publishers (most publishers have more than one journal) and 126 independent predatory journals. Beall estimates that at least 25 percent of all open-access journals follow a predatory publishing model that does nothing for actual scientific scholarship — they act solely as vanity presses for credulous or desperate (or both) researchers looking to pad their resumes.

This trend has been clear for a while now, but what surprised me in a recent NYT article about the phenomenon was the existence of entire fake scientific conferences. According to Beall, these same predatory publishers spam the email inboxes of scientists — frequently using the names of more-prominent colleagues without consent — and then charge these dupes a fee for the privilege of speaking at a conference. And if the conference gets canceled (they frequently are), the researchers are out the money because the companies don’t give out refunds. Young and desperate researchers agree to speak at these bogus meetings as an opportunity to pad their CVs (I’ve seen some admit to as much in the comments of various blogposts on the phenomenon), and the organizers just rake in the cash.

The scourge of the fake conference has spawned a number of websites dedicated to outing the false, some sites more-legit-looking than others. A couple of thoughtful blogpost by a researcher at University of Minnesota covered the unsavory news that IEEE has been sponsoring dubious conferences for awhile. On the other end of the credibility scale, someone with a lot of time on their hands (and a poor grasp on web formatting) started a number of Blogspot blogs with the same information posted over and over again lambasting IEEE and a couple of researchers in particular. Just google “fake conferences” and fall down the rabbit-hole. Set a timer for 10 minutes lest you disappear for a day in that interlinked pit of despair.

Why is this a problem? Aside from a general dislike of greedy chicanery and liars, the biggest problem with bogus journals and conferences is the total lack of oversight and quality control. Most of these places do not peer-review and do not reject sub-standard scholarship. By flooding the market with crap, finding legitimately good research becomes that much harder. And, as Beall said in a letter in the journal Nature a few months ago on the phenomenon:

Honest scientists stand to lose the most in this unethical quagmire. When a researcher’s work is published alongside articles that are plagiarized, that report on conclusions gained from unsound methodologies or that contain altered photographic figures, it becomes tainted by association. Unethical scientists gaming the system are earning tenure and promotion at the expense of the honest.

The key to not falling for a hustle is that age-old piece of advice that so many people choose to ignore: If something seems too good to be true, it probably is.