Male And Female Stegosaurus May Have Had Different Plates 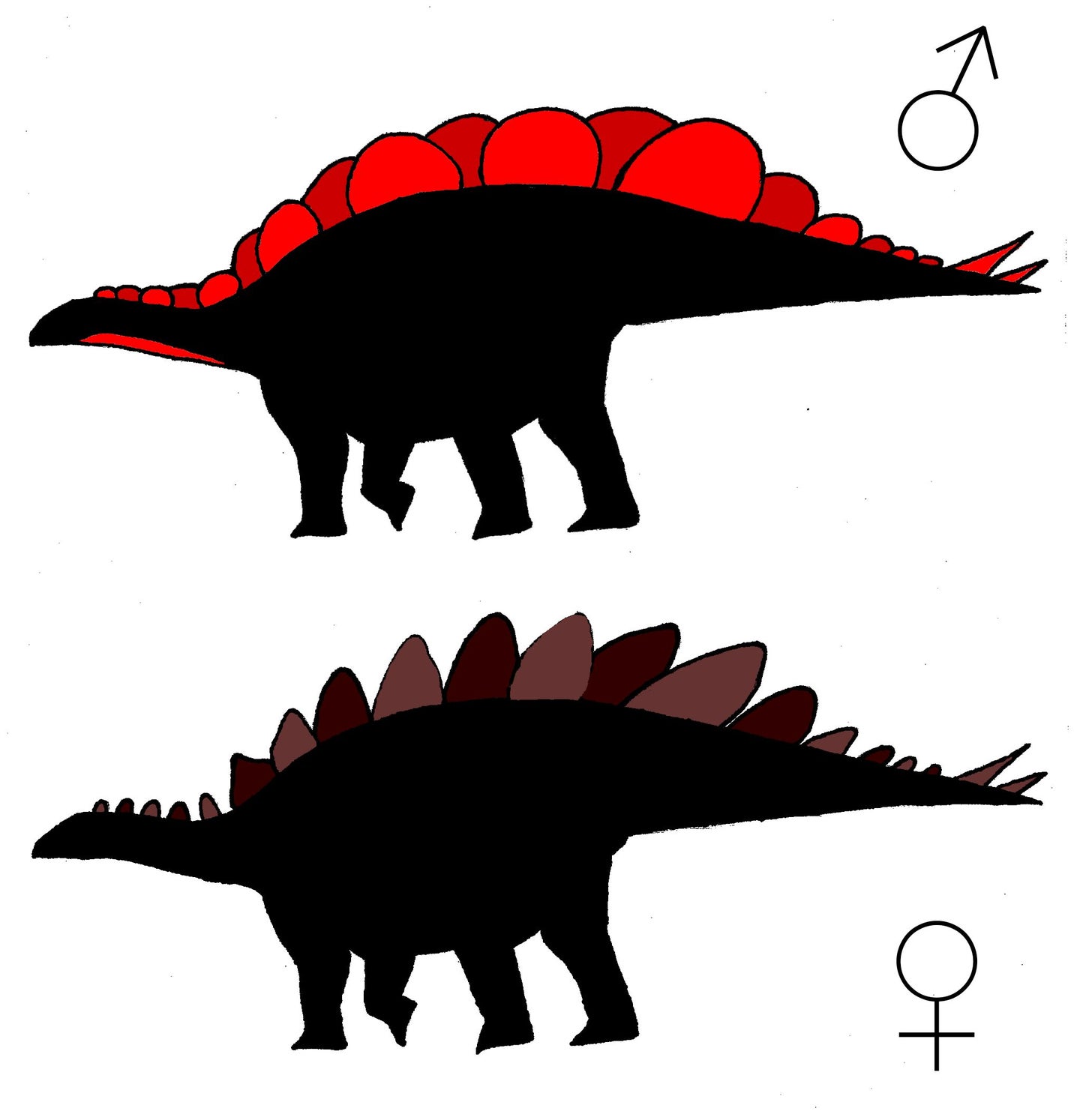 T. rex has its big head and tiny arms, triceratops has horns, and brontosaurus (yes, brontosaurus) has its super long neck. The stegosaurus, on the other hand, has a tiny brain and the equivalent of a set of China plates set in long lines running down its back. It turns out that the size and shape of the plates of these fearsome fighters might actually give paleontologists a clue as to whether stegosaurus fossils were male or female.

Stegosaurus fossils from Montana showed two different types of plates; some were large, wide, rounded, and others were taller and spikier. For a while some paleontologists assumed that these were two different species of stegosaur. But in a study published today in PLOS One, researchers suggest that the difference might be related to the dinosaurs’ reproductive system.

The reason that Saitta thinks the fossils didn’t belong to different species is that dinosaurs with different types of plates were found together, suggesting that they co-existed. In addition, the plates had similar growth rings–both sets of dinosaurs were around the same age, so it’s not a question of older dinosaurs having larger plates.

Figuring out whether a dinosaur is male or female is incredibly tricky. Dinosaur fossils, like reptile bones, don’t usually show evidence of being male or female. Reproductive organs, along with other soft tissues, rarely survive in the fossil record, leaving paleontologists with little to no direct evidence of anatomical characteristics.

Like Saitta, researchers have to rely on modern animals to make educated guesses about what the world was like millions of years ago. Birds, as Saitta notes, are the heirs of the dinosaur lineage, and previous research into dinosaur reproduction has focused on comparing dinosaur skeletons to modern bird anatomy. Back in 2005, researchers found that a T. rex fossil had a unique bone structure similar to the medullary bone that helps female birds create eggshells. And in 2011, another study used stegosaurus hind limb bones to separate the fossils into two groups, but didn’t go so far as to identify which was male or which was female, because there just wasn’t enough information.

As that study’s lead author told Discover News at the time, “We’ll probably never know that unless a complete, spectacularly well preserved specimen of Kentrosaurus (a type of stegosaurus) is found with an egg in its oviduct.”

Since this new study didn’t find an egg in the oviduct–the paleontological version of a smoking gun–there is a chance that the wider plates belonged to females and the narrower plates to males. Until we get a time machine, a dinosaur-populated theme park, or a narrow-plated stegosaurus with an egg in its oviduct or a medullary bone, we won’t know for sure which is which.