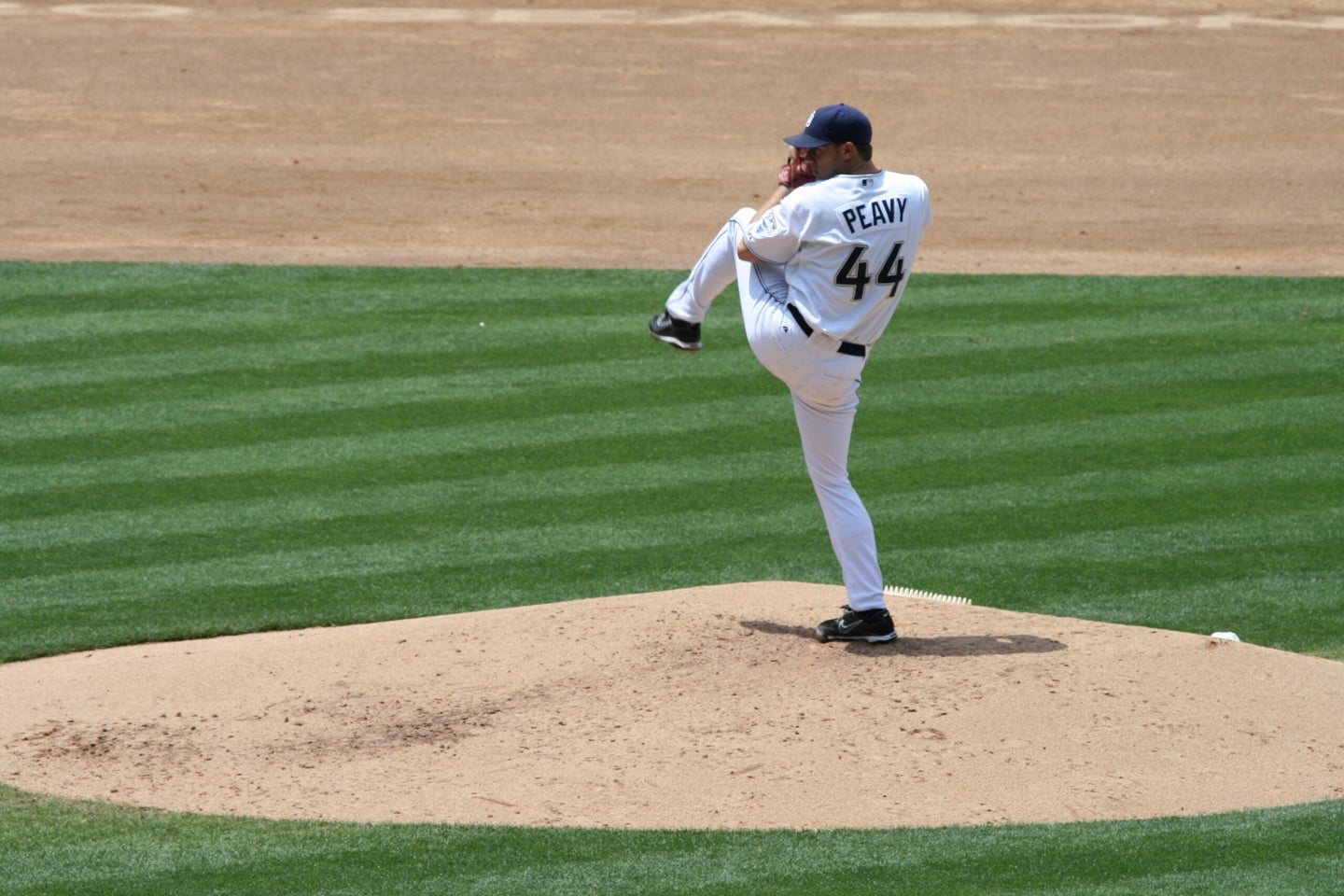 Guys. It’s baseball season again. And that means long afternoons enjoying a beer while watching a game, and annoying the heck out of non-baseball fans with all kinds of useless minutiae about America’s pastime.

Today, let’s talk about pitching. A pitcher’s arm is vital to the progress of a baseball game. It is treated with kid gloves, wrapped, iced, and then delicately placed in a jacket the second the pitcher steps into the dugout for a brief inning intermission.

But the arm alone isn’t necessarily what’s behind a pitch. Pitching, as baseball enthusiasts already know, is a full-body affair, and researchers now know what parts of the body provide the most power to a pitch.

Madhusudhan Venkadesan, a mechanical engineering professor at Yale, has been studying baseball players for years, using 3D scanners to document pitchers pitching, and also building models in his lab capable of recreating the throwing motion.

He’s found three main components in the human body that drive our rather unique ability to propel an object with considerable speed and accuracy at a target.

The first is the waist, which is where the power for a pitch comes from. A pitcher twists his waist into all kinds of contortions during a pitch, taking a giant step forward, and rotating his body as he gets ready to throw the ball. The power generated in the waist then shifts up towards the shoulder and collarbone.

The socket, which the collarbone fits into in the shoulder, is called the glenoid joint. That joint is structured so that the arm can become a lever, translating the energy from the waist and the rest of the body into the arm.

And what about that arm? It is still important, even if not the most powerful part of the pitch. Human arm bones have a slight twist in their humerus (upper arm bone). That twist, Venkadesan says, is what lets the arm rotate back considerably, increasing the energy stored in the arm, which is released as the ball is thrown.

But humans didn’t evolve for baseball, so why are we so good at throwing things? Venkadesan notes that the waist, glenoid joint and twisted humerus appear in the fossil record around the same time as evidence of human hunting (1.8 million years ago). What better way to kill prey from a distance than by throwing something at it? At a distance, there’s no claws, no teeth, no problem.

So, this baseball season, as we watch curveballs and fastballs and sliders heading over home plate, and lament the state of the bullpen, take a minute to appreciate the biology behind the throw. Oh, and go team!