Climate change-induced heat waves in the Great Plains might be at play. 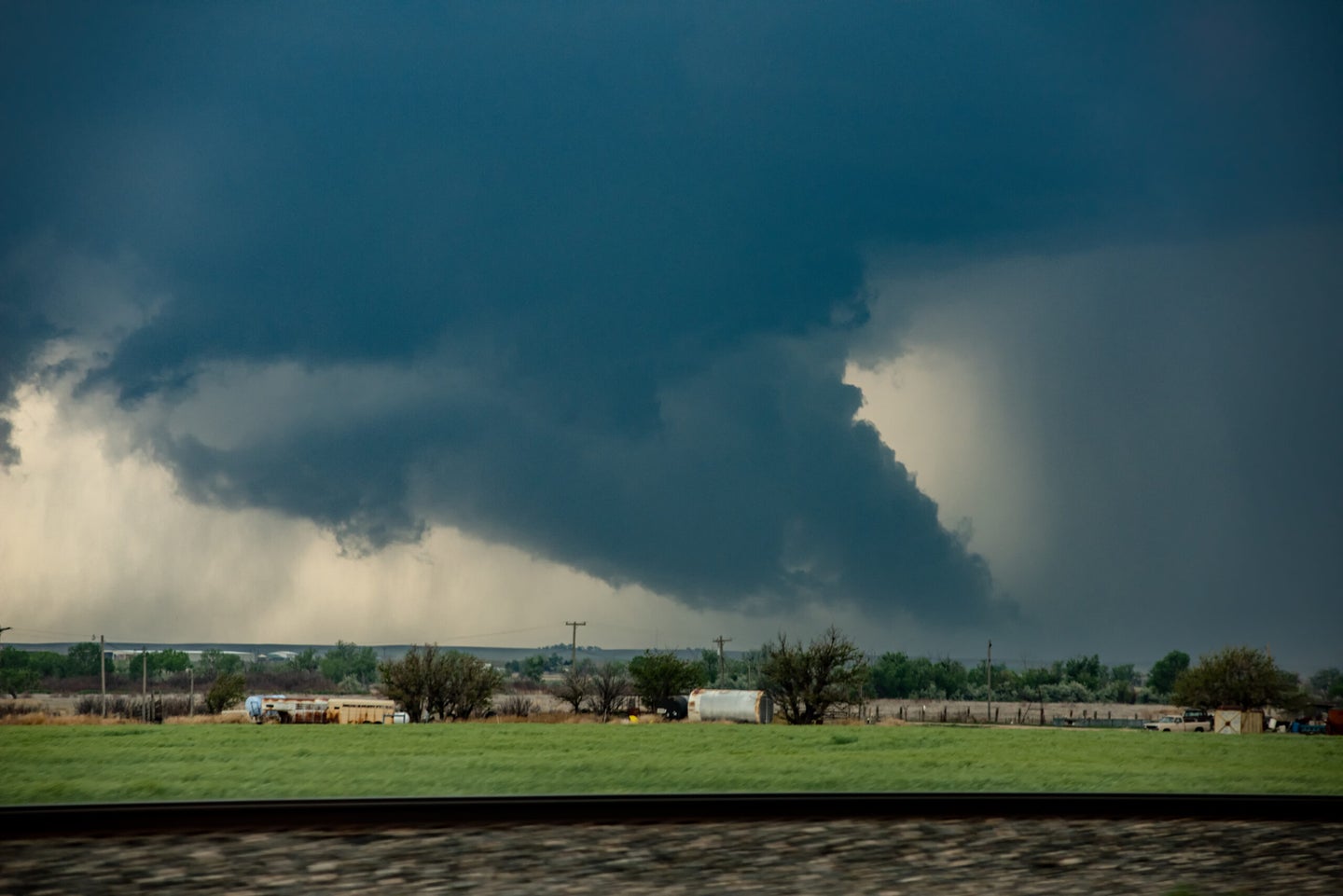 A derecho triggered tornadoes and wildfires in the Great Plains on Wednesday, December 15. Kelpfish/Deposit Photos
SHARE

A storm that moved through the Great Plains and Midwest last night set a record for the most hurricane-force winds recorded in a single day.

The massive storm system, known as a derecho, sent tornadoes into Minnesota, Iowa, and Nebraska, and left more than 500,000 households without power. The Minnesota tornado was the latest ever recorded in the state. (They’re most common May through August, and the previous record was set by a November 16 twister.) As far south as New Mexico, aircraft sitting at Santa Fe Regional Airport were damaged by the winds, according to the Washington Post.

The southern edge of the derecho whipped up dust storms in Colorado and Kansas, while lightning ignited fires in Kansas, Texas, and Oklahoma. Kansas TV station KSN reported this morning that the wildfires burned at least 153 square miles, and destroyed six homes.

The Des Moines Register reported widespread power outages, tornadoes, and the smell of smoke blowing across the plains.

A derecho is a hurricane-strength windstorm that can shoot off of a major thunderstorm system. But while a hurricane spins, the gusts from a derecho push in a straight line. In August 2020, a derecho plowed through Midwest states. In Iowa, four people were killed and 20 percent of the state’s farmland was devastated. “As I drove through the town of Cedar Rapids on Monday, I saw billboards bent in half, whole buildings collapsed, trees smashed through roofs and windows,” Cedar Rapids Gazette reporter Liz Lenz wrote about the aftermath in 2020 for the Washington Post.

[Related: Why it’s so difficult to forecast a tornado’s path]

Scientists have speculated that the severity of last year’s derecho is linked to a warming climate, which could have fed the thunderstorms hot, humid air.

This most recent event is also tied to unseasonably hot weather hitting the entire Great Plains—likely an outcome of climate change. CNN reported yesterday that 250 temperature records were due to be broken by a heat wave. Minneapolis was in the mid-50s, when it’s typically below freezing in December.

That heat, coupled with a drought, is also fueling the fires. “Out here in the High Plains, there’s nothing left that’s green. All the grass is brown and dry and ready to burn,” Bill Turner, a National Weather Service forecaster, told CNN.

Huge derechos were, until recently, very rare events, and so researchers are still trying to understand how exactly they form, and what role climate change plays in that formation. University of Northern Iowa meteorologist Alan Czarnetski told Science News last year that warmer temperatures could fuel more powerful storms, but it could also stabilize parts of the atmosphere, possibly making thunderstorms less likely to appear.

This storm may offer clues, however. Derechoes have historically impacted states in the lower plains, such Oklahoma and Kansas. But, as the National Oceanographic and Atmospheric Service’s Storm Prediction Center writes, “it is reasonable to conclude that the corridors of maximum derecho frequency would shift [north] with global warming.” A hurricane-force thunderstorm across the upper Midwest in mid-December is a sign that that prediction is turning into reality.