A lost temple for Poseidon may have finally been rediscovered

The tsunami-prone location is an appropriate place for a water-loving Olympian. 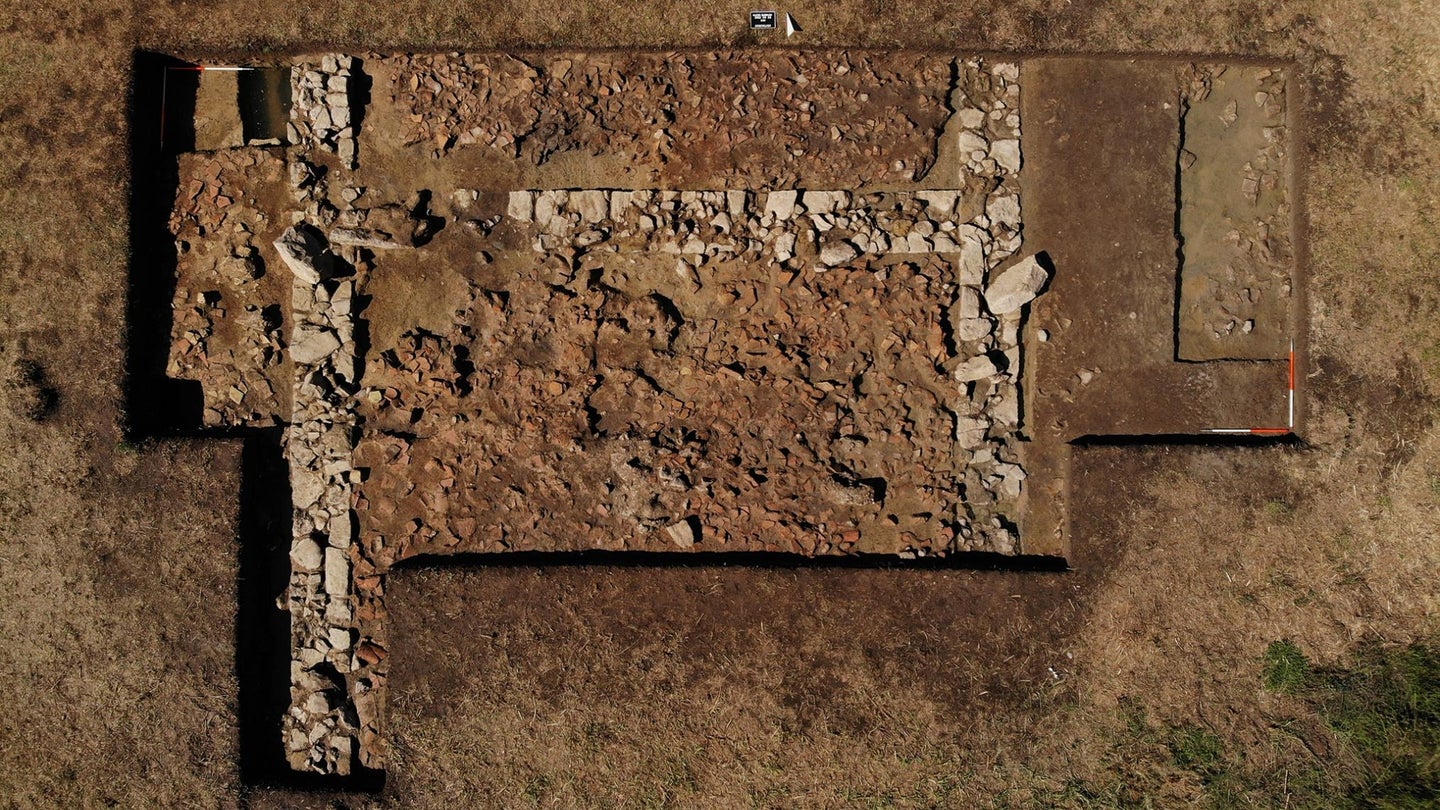 The excavations undertaken in the autumn of 2022 revealed parts of the foundations of a structure that was 9.4 meters wide and had carefully positioned walls with a thickness of 0.8 meters. Dr. Birgitta Eder / Athens Branch of the Austrian Archaeological Institute
SHARE

When it comes to placing temples for notoriously moody gods, being literal can come in handy. If you’re a fan of Greek mythology, perhaps it will come as no surprise that a temple to the god of the seas was recently discovered in a location noted for its repeated run-ins with tsunamis.

The temple of Poseidon may have finally been uncovered by a team of scientists at the Kleidi site near Samikon, an ancient village on the Peleponnesian peninsula of Greece. This area was once known to be the location of the sanctuary of Poseidon, alongside some wild weather events. Now, researchers suspect this newly found temple-like structure within the sanctuary could be the very one dedicated to Poseidon, as described 2,000 years ago by Greek historian Strabo.

[Related: These intricate ‘living’ paintings are teeming with microscopic organisms.]

According to earlier reports, the building dates back to the sixth century B.C.E , and was around 30 feet wide, at least 90 feet long, and had two-foot-thick walls. Additionally, the building featured a vestibule typical for temples of the time, a back chamber, and a special room dedicated to the deity. The kicker, according to a post from the Austrian Archaeological Institute Athens, is the presence of a marble perirrhanterion, or a water basin used for ritual washing in sanctuaries in the Archaic period.

“This discovery allows new perspectives on the political and economic importance of the [religious cooperation] of the Triphylian cities in the 6th century B.C.E, for whom the sanctuary of Poseidon at Samikon formed the centre of their religious and ethnic identity,” they write.

[Related: Tomb of a forgotten queen is one of several new stunning Egyptian discoveries.]

The region where this discovery was found is also known for its group of three large hills surrounded by lagoons and coastal swamps. “The results of our investigations to date indicate that the waves of the open Ionian Sea actually washed up directly against the group of hills until the 5th millennium B.C.E. Thereafter, on the side facing the sea, an extensive beach barrier system developed in which several lagoons were isolated from the sea,” Andreas Vött of Mainz University says in a release.

These hills came in handy because the region was also plagued by tsunamis in the prehistoric and historic eras, some records showing events as recently as 551 and 1303 C.E. But, the builders of this temple might have seen that as an advantage for the particular location of Poseidon’s holy house. Afterall, he was known for his temper coming out in the forms of floods, earthquakes, and general destruction.