2,700 years ago, a human ate blue cheese, drank a pint, and pooped in a salt mine. Paleofecal samples live to tell the tale. 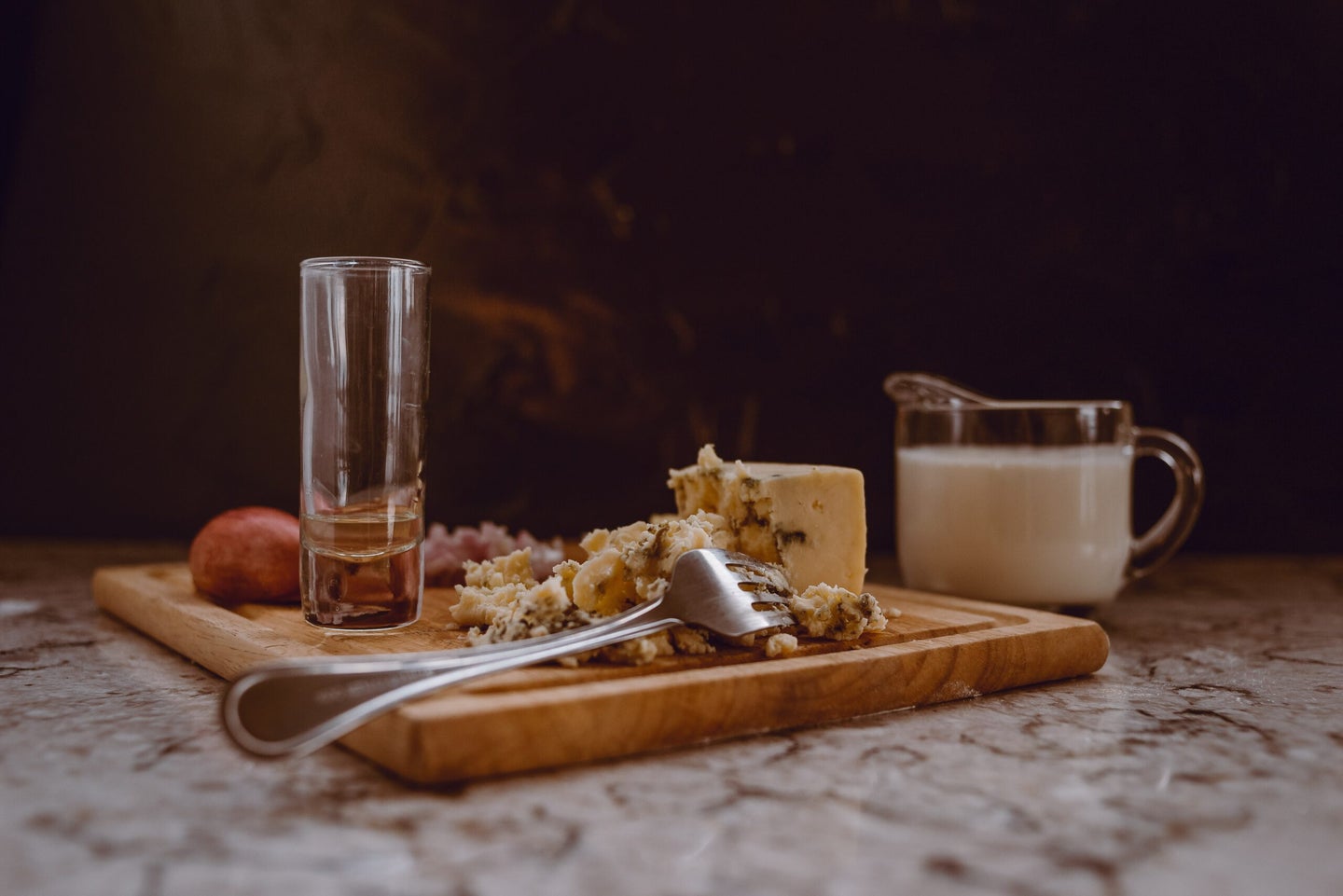 Would you order blue cheese and a pale ale?. Tina Witherspoon on Unsplash
SHARE

Did you know that pale ales pair well with blue cheese? Maybe it’s not your go-to bar combination, but there’s now evidence that as far back as 2,700 years ago, people from current-day Austria were enjoying it. And we know that because of an analysis of paleofeces, a fancy term for very old poop.

A paper published this week in Current Biology focuses on four paleofecal samples from the Bronze Age, Iron Age, and Baroque Age. While  the researchers from the Institute for Mummy Studies, the University of Trento, and the Vienna Museum of Natural History were able to learn what kind of beer and cheese these people consumed, the findings more importantly show that industrialization likely transformed the Western diet, and that archaeology and gut health, like beer and blue cheese, make an oddly perfect pair.

“By using molecular means, we can [make] a more detailed picture” of how people ate and preserved food, says Frank Maixner, coordinator for the Institute for Mummy Studies and the paper’s lead author. By studying the remains that contained traces of the beer and cheese, Maixner’s team has seen that humans as long as 2,700 years ago in the Iron Age were already using sophisticated techniques in flavoring the fermented foods.

The samples came from salt mines near the small town of Hallstatt, which is about 45 miles from Salzburg. (“Salz” means salt, and Hallstatt is part of Austria’s Salzwelten region, so the crystals obviously mean a lot to the area.) Maixner says people worked in the mines all day, so they had to eat and relieve themselves underground. With thousands of years of pressure, plus dehydrating salt in the soil, their feces turned into non-smelly, desiccated samples with biomolecules still intact. To be sure there was no contamination with the soil, Maixner and his team compared an analysis of the feces with that of the surrounding dirt.

[Related: The answer to lactose intolerance might be in Mongolia]

“I think it is a good mix of using a technology to get scientific proof for what we are seeing that microbiome plays an important role,” says Ashutosh Mangalam, a pathology professor at the University of Iowa’s Carver College of Medicine who was not involved in the study.

The millennia-old poop was so well-preserved, it provided Maixner and his team with insight into the Iron Age miners’ gut microbiome. There were a few clues to what type of beer the workers were guzzling. One fungus they found was Saccharomyces cerevisiae, or brewer’s yeast. They were able to eliminate certain types of beer, like lagers and other beer brewed through spontaneous fermentation, based on what kinds of yeast were absent. Maixner says his team suspected a “traditional beer” like a pale ale, which also isn’t as sensitive to storage temperature as lagers and is more shelf-stable without refrigeration technology.

While the primary takeaway is that humans had sophisticated ways of preserving food, Maixner’s second conclusion is that they also had healthier, more biodiverse gut microbiomes because they were eating unprocessed foods.

“Our gut is a muscle, so it needs to be trained,” says Maixner. The historic poop showed that these people dined on whole grains and fibers, which promoted bacterial biodiversity and in turn, a healthy gut. But that has changed since the Iron Age due to industrialization, Maixner adds. The advent of processed foods decreased complex carbohydrates and fiber, which meant more modern Westerners needed fewer bacteria to break foods down in their stomachs, so their guts became less biodiverse. Maixner poo-poos processed foods, saying they train our guts to be “lazy.”

The quality of evidence in the Hallstatt findings might set a new bar for archaeological research. “This is very surprising because so far what we’ve seen is based on anecdotal data,” Mangalam says. This is the first study he’s seen that successfully analyzed bacteria in paleofecal matter.

Maixner believes the crisscross of archaeology and microbiology could be very helpful, illuminating the greater puzzle of human history. Well-preserved samples are hard to come by, so researchers must make hay while they can.

“Our duty is to make the best out of this,” he says of the wizened poop samples. “It’s always precious material.”