Infrared hot yoga mimics the power of the sun. But is that … good?

The fitness trend claims to detox your body, among other things. 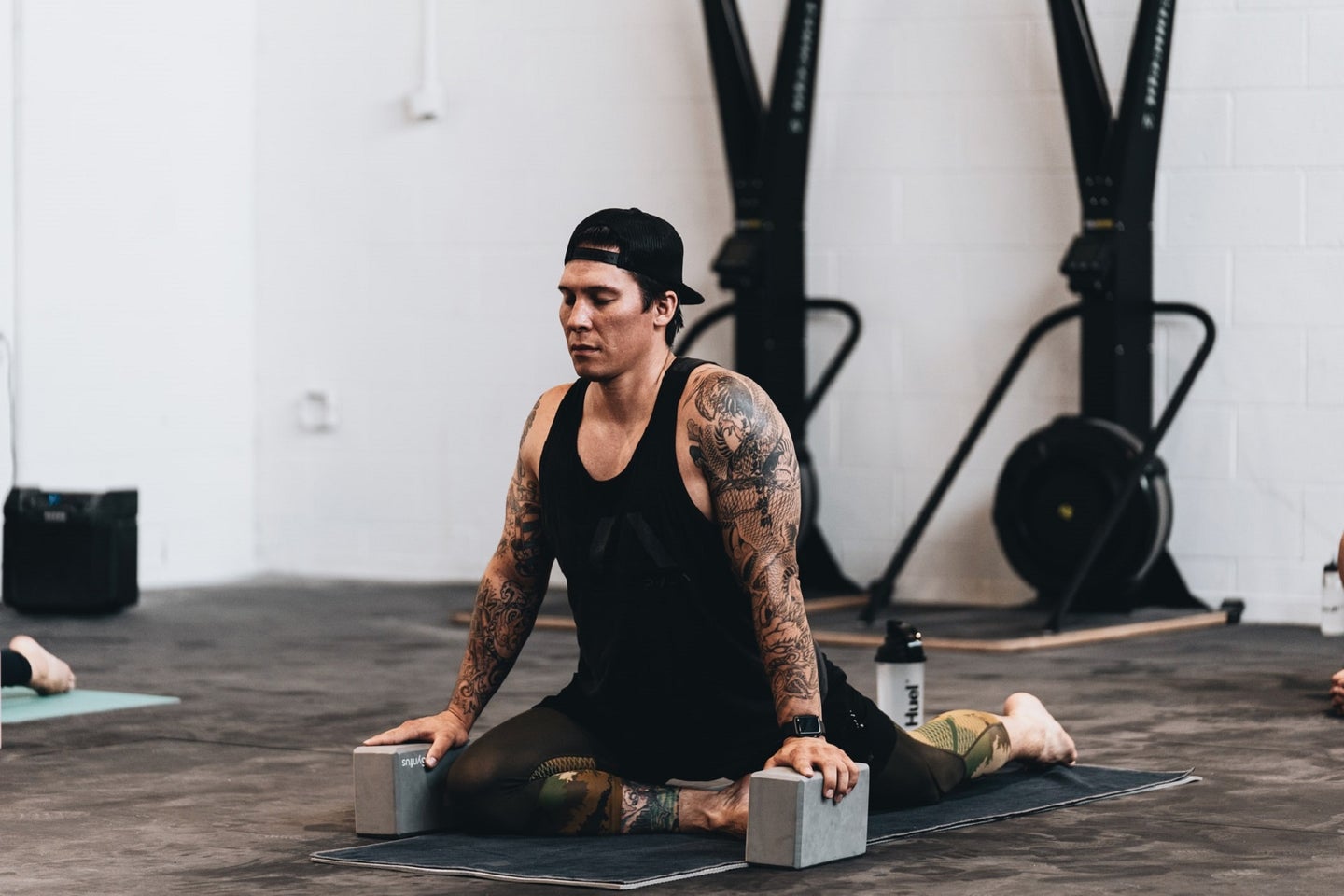 Infrared hot yoga uses panels to warm up your body and the ground, rather than the air around you. Logan Weaver | @LGNWVR/Unsplash
SHARE

Another fitness trend is heating up across the US—and it involves stretching and sweating in dry, desert-like heat.

Rather than cranking up the temperatures in studios with traditional forced air systems, infrared hot yoga uses heated panels to mimic the sun’s warmth. The radiant energy warms practitioners’ bodies and the floor rather than the surrounding air.

Proponents say this less swampy form of yoga offers health benefits ranging from increased flexibility to weight loss and “detoxing” the body through sweat. But as with infrared saunas (which also use this dry kind of heat), there isn’t any evidence to back up most of these claims. That said, infrared hot yoga does offer many of the same advantages of other styles of yoga, and might make it easier for some people to practice at higher temperatures.

“It was definitely a different sensation, practicing in the dry heated conditions,” says Stacy D. Hunter, the director of the Cardiovascular Physiology Lab at Texas State University, who has practiced hot yoga for more than a decade and studies how the heated and non-heated forms affect vascular health. “It didn’t really feel hotter [at first] because there was practically no humidity there, but when you get to practicing … it’s very difficult, it feels very hot, and it’s very mentally challenging.”

“Yoga in general is great for so many reasons, for physical and mental health,” says Cara Hall, a physician who specializes in primary care sports medicine at Keck Medicine of USC.

The movements improve strength, flexibility, and balance. Research also indicates that yoga can ease lower back and neck pain, reduce stress, and improve sleep. When practiced consistently, Hunter says, it can lower blood pressure and cholesterol levels and helps the blood vessels dilate to improve blood flow. She and her collaborators are further investigating how non-heated yoga affects immune function.

During a hot yoga class, the room is heated to around 90 to 105 degrees Fahrenheit, which lets participants limber up and sweat more. This variation is intended to further boost flexibility and deepen stretches.

“For someone who is training or conditioning to do some sort of performance event in a hot place or just trying to peak their performance, hot yoga may be a good way to kind of acclimate to that environment or to be able to push yourself a little more,” Hall says.

[Related: 5 stretches you should do every day]

However, Hunter notes, the overall amount of calories burned during hot yoga and other traditional yoga styles are pretty similar. She and her team have further found that hot yoga and non-heated yoga have similar effects on blood vessel dilation. “It didn’t appear that the heat conferred any additional benefit in terms of vascular function,” she says.

“A lot is still undocumented in terms of the benefits of hot yoga,” Hunter adds. “Some of the claims that have been made about it have definitely preceded the evidence to back that up.”

One particularly shaky claim is that hot yoga, and infrared hot yoga in particular, help with “detoxification.” But the main thing to remember is that the primary role of sweating is to cool the body, not to flush out harmful substances. In fact, when you work up a sweat, you lose electrolytes, which include minerals that are essential for many bodily functions. “I am unaware of any detoxification through sweating,” Hunter says.

The liver is the main organ responsible for dealing with waste products and any damaging substances that a person might encounter, like ammonia. “When we’re talking about losing toxins, I would leave that to the liver,” Hall says.

In general, it’s possible that practicing in dry heat could lessen the risk of overheating during class, Hunter says, although more data is needed to confirm this. “Humidity makes it harder for sweat to evaporate … it’s really the evaporation of the sweat that carries the heat away from the body,” she says. “With the dry infrared heat you can definitely tolerate higher temperatures as well, compared to the heat combined with the humidity like in the Bikram, or traditional, hot yoga style.” (Bikram is a particularly intense form of hot yoga popularized in the 1970s by a self-prescribed Indian guru, who later fled the US after multiple accusations of sexual assault).

[Related: How much exercise do I need to stay healthy?]

Regular hot yoga can be pretty “sticky,” Hall acknowledges. “The infrared [heat] may make it a more pleasant experience, which may help you further along your practice because it feels less stuffy, more natural, etcetera,” she says. “I think the main target for this is going to be the people who are doing hot yoga to begin with and potentially make it more comfortable.”

Hunter is also running a study to determine whether infrared hot yoga may improve vascular health in Black adults in the US, who tend to be disproportionately sensitive to blood pressure changes. Still, she suspects that the practice doesn’t offer many health benefits beyond the classic kinds of yoga.

What to consider before you try infrared hot yoga

There are a few potential risks to keep in mind when practicing infrared and other other kinds of hot yoga.

Practicing in toasty conditions makes for a vigorous workout, but it can lead to injuries when people push themselves too far because they’re looser than usual. Hot yoga also comes with an increased risk of dehydration and overheating.

If you plan to try a class, Hall advises to hydrate before it starts, and don’t be afraid to take a break if you need it.

[Related: The best (and worst) beverages to sip when you’re dehydrated]

“I caution people not to go past their point of comfort; it should feel like a bit of a stretch but nothing extreme and definitely do not push through pain,” she says. “That is a risk that you run with hot yoga: overdoing it.”

It’s also important to familiarize yourself with the signs of heat-related illnesses. “I have been in situations in which there has been someone in the room who starts to be disoriented, or maybe they look like they’re going to pass out, and the instructor will tell them not to leave the room. That is dangerous,” Hunter says. “Definitely don’t listen to that instruction.”

There are a number of conditions that can make it unsafe for people to practice infrared and other forms of hot yoga, Hunter says, such as heart disease, pregnancy, very high blood pressure, or being on certain medications.

If you end up committing to an infrared hot yoga practice, “just set your expectations realistically going into it,” Hall says. “The focus should be on it getting you stronger, potentially some mental health benefits, and flexibility benefits, rather than, ‘How much can I sweat?’”