Meet the mysterious, magnetic microbes dwelling in the Mariana Trench

Closely studying these magnetic foraminifera could lead to new insights about the evolution of magnetic life. 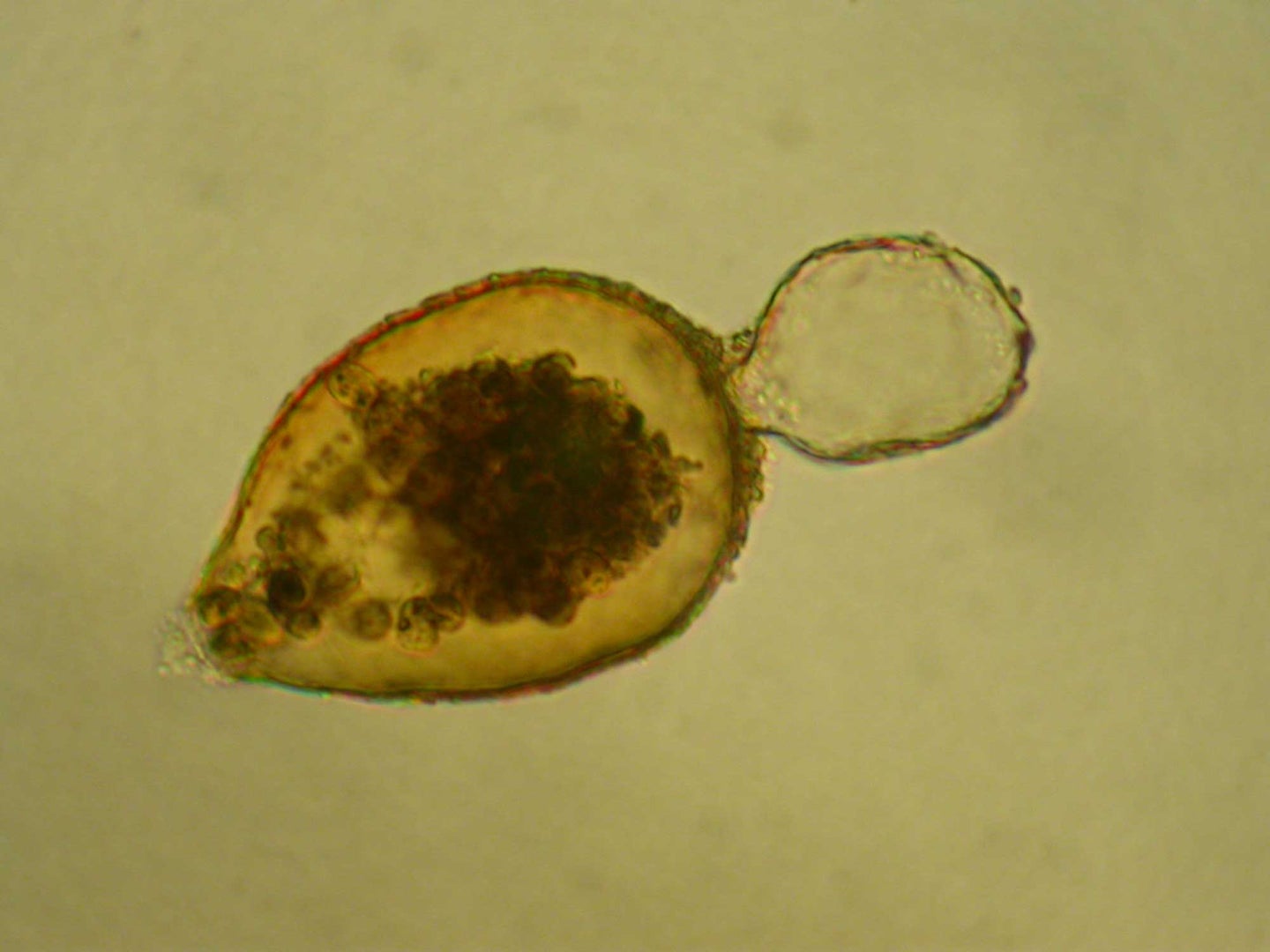 Resigella bilocularis is a single-celled foraminifera discovered in the Mariana Trench that contains magnetite, a material used by many species to sense magnetic fields. Andrew Gooday and Hiroshi Kitazato Courtesy Hakai Magazine
SHARE

In 2018, Yang Hao was a graduate student looking for cosmic dust in seafloor sediments collected from the Mariana Trench. Scouring the deepest part of the ocean, he was hoping to learn more about the origin of life on Earth and the role interstellar material may have played in sparking it. While prodding a bit of seafloor sediment with a magnetic needle, part of hunting for meteorite dust, Yang was surprised to find a tiny shelled organism stuck to the tool. The creature was a foraminifera called Resigella bilocularis. Like other foraminifera, R. bilocularis is a single-celled shell builder. But unlike most foraminifera found at the bottom of the ocean, this one has an unexpected trick: it is magnetic. Enthralled by his finding, Yang decided to refocus his doctorate research to learning all he could about this curious creature.

Many organisms, including some bacteria, single-celled algae, insects, mollusks, fish, birds, and even mammals have some magnetic affinity. Many are thought to gain their powers from the mineral magnetite, which they use to orient themselves and navigate according to the Earth’s magnetic fields. Some organisms can manufacture magnetite themselves using iron from their environment. But for many organisms, such as foraminifera and other eukaryotes, the origin of the magnetite remains a mystery.

Though they will need more work to say with certainty, Yang and his team suspect R. bilocularis is making its own magnetite. If so, as R. bilocularis is the first magnetic single-celled eukaryote found this deep in the ocean, learning more about its magnetism could bring researchers closer to untangling the evolutionary history of this trait.

The scientists came to this position after analyzing 1,000 specimens of the foraminifera that they collected from the Mariana Trench on expeditions between 2016 and 2019. Their work shows that the chemical and physical structure of the magnetite in R. bilocularis is different from the magnetite in the surrounding sediment and from that produced by bacteria, suggesting that the foraminifera is making its own.

Difficult though it may be to study foraminifera in a lab designed to expose the single-celled organisms to pressures as much as 1,000 times those at sea level, Yang is determined to do so. He is currently working on keeping the foraminifera alive in the laboratory and sequencing its genome. If he succeeds, the implications could even surpass the scale of this little organism.

“There is not a lot of magnetite known to be produced,” says M. Renee Bellinger, an evolutionary biologist at the University of Hawai‘i at Hilo who was not involved in the study. “Studying something from a deep-sea environment that is potentially ancient in origin could help to understand how the ability to produce magnetite evolved in the first place.”

While Yang did not end up deciphering the cosmic origin of life on Earth, he may just be getting closer to learning about the origins of magnetic life.