Makers of the new vaccine say it's highly effective against the Delta variant. 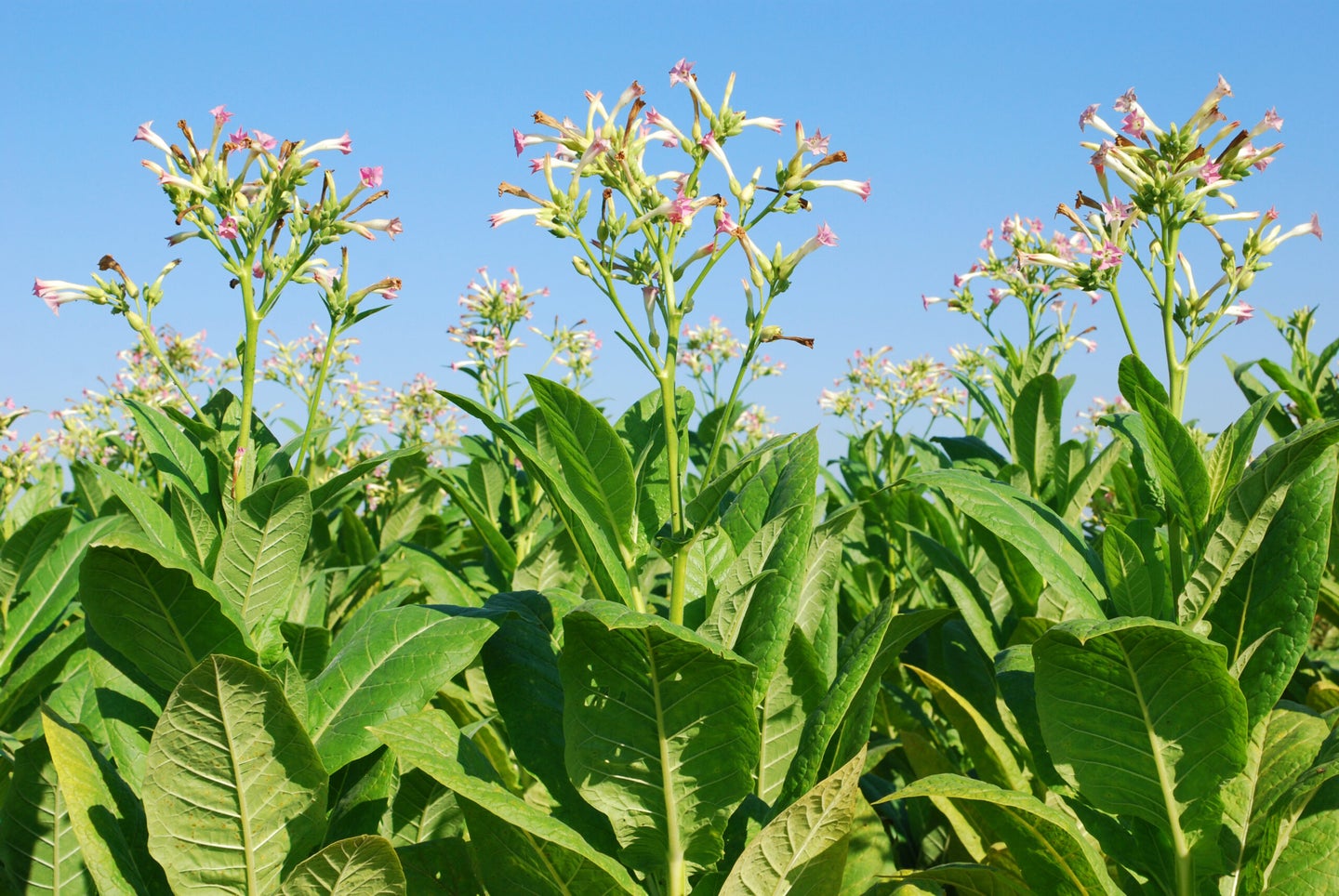 The new vaccine is grown inside close relatives of the tobacco plant. goceristeski/Deposit Photos
SHARE

Last week, Canadian biotech company Medicago and British pharmaceutical company GlaxoSmithKline announced a successful result in a Phase III vaccine trial, with a twist: this COVID vaccine is made from plants.

The vaccine uses what are called “virus-like particles,” which are essentially the outer shell of a SARS-CoV-2 virus, to induce an immune response. The technology was highly effective at preventing illness even against the Delta variant and several immune-escape strains, according to a summary of the trial. The trial was conducted before the Omicron variant’s spread, however.

Like many of the other successful vaccines on the market, the idea is to build SARS-CoV-2 proteins without the virus itself, so that the immune system can be trained to recognize the invader without having to fight it off. mRNA vaccines harness the human body’s cellular machinery to build those proteins. Instead, in this vaccine, plants do the protein-building work.

The Phase III trial found that the vaccine was 75 percent effective at stopping symptomatic illness against the Delta variant in a 24,000 person study, according to a press release from Medicago. The full results have not yet been published in a peer-reviewed journal. While that efficacy number is lower than the initial efficacies reported by Pfizer and Moderna, the mRNA vaccines were tested against only the ancestral line of COVID-19. It appears that mRNA vaccines are around 80 percent effective against symptomatic illness with Delta, though estimates range widely.

No one who received the Medicago vaccine had severe COVID, although Marc-André D’Aoust, Medicago’s vice president for research and innovation, cautions that the trial recorded so few cases of severe disease that researchers can’t yet determine an efficacy number.

The manufacturing process starts with agrobacterium, “a bacterium that has the capacity to transfer DNA to plant cells,” D’Aoust says. Vaccine developers insert a genetic sequence that codes the COVID spike protein into those bacteria, and make a soup with the modified microbes. Then, they vacuum the air out of plant leaves and dip the plants into the soup. The plant, a tobacco-like species, has a weak immune system that leaves it open to infections.

The leaves soak up the bacteria, which give the plant cells instructions to make the spike protein, which the coronavirus uses to latch onto human cells. “Within a day after we put the plants in contact with the agrobacteria, the DNA is transferred, and then the cells are starting to produce the antigen,” says D’Aoust.

The spikes aren’t exact replicas of SARS-CoV-2–they’re edited so that they can’t easily enter human cells, which makes them more likely to hang around where the human immune system can spot them.

Those individual proteins assemble into spheres bristling with spikes, and then push their way out of the plant cell membranes, mirroring the way that a SARS-CoV-2 particle would reproduce in a human cell. The key difference is that the virus-like particles lack the genetic material and internal proteins that allow a complete virus to replicate.

“The virus-like particles have this beauty of displaying the antigens in the same way as the virus,” says D’Aoust. It’s shaped like a virus, and it’s got the right proteins, “and all these characteristics are well recognized by the immune system. But when you look at it from the inside, it’s empty.”

After about a week, the plants have accumulated enough material around their cell membranes to harvest. Medicago purifies the harvested particles, creating the raw material for vaccines. Those are added to a set of other ingredients manufactured by GSK, which boosts the immune response to the particles.

The technology is decades old, and is used in the HPV vaccine Gardasil, and several hepatitis A vaccines. Medicago has also been working on an influenza vaccine with the same technology.

The big innovation here, says Amine Kamen, a professor of bioengineering at McGill University in Canada, whose lab has studied virus-like particles, is the plants. “Traditionally what we use to produce vaccines is microbial fermentation” and other expensive bioreactions, he says. The WHO believes that plant-based vaccines could be cheaper to manufacture and adapt at scale. But purifying out particles from a plant is “nontrivial,” Kamen says.

“I think there is huge potential when it’s successful,” says Kamen.

He also notes that SARS-CoV-2 is particularly well-suited to the technology, in part because it’s shaped in a way that makes the outer spike proteins very stable.

This stability makes virus-like particle vaccines easy to store. Medicago says that the vaccine can be kept at refrigerator-level temperatures, which could speed delivery to areas with little health-care infrastructure. “At least there is some serious thinking about making sure that access will be possible,” says Kamen. “I think that yes, we are facing the current pandemic, but the value is that we’re building capacity for any future ones.”

Medicago plans to submit its final data to Canadian regulators before the end of the year, D’Aoust says. It has begun the filing process with the Food and Drug Administration.