WATCH: Bill Nye on science media, politics, and the feature film he wants to make

"When you’re in love with science you want everybody to know about it." 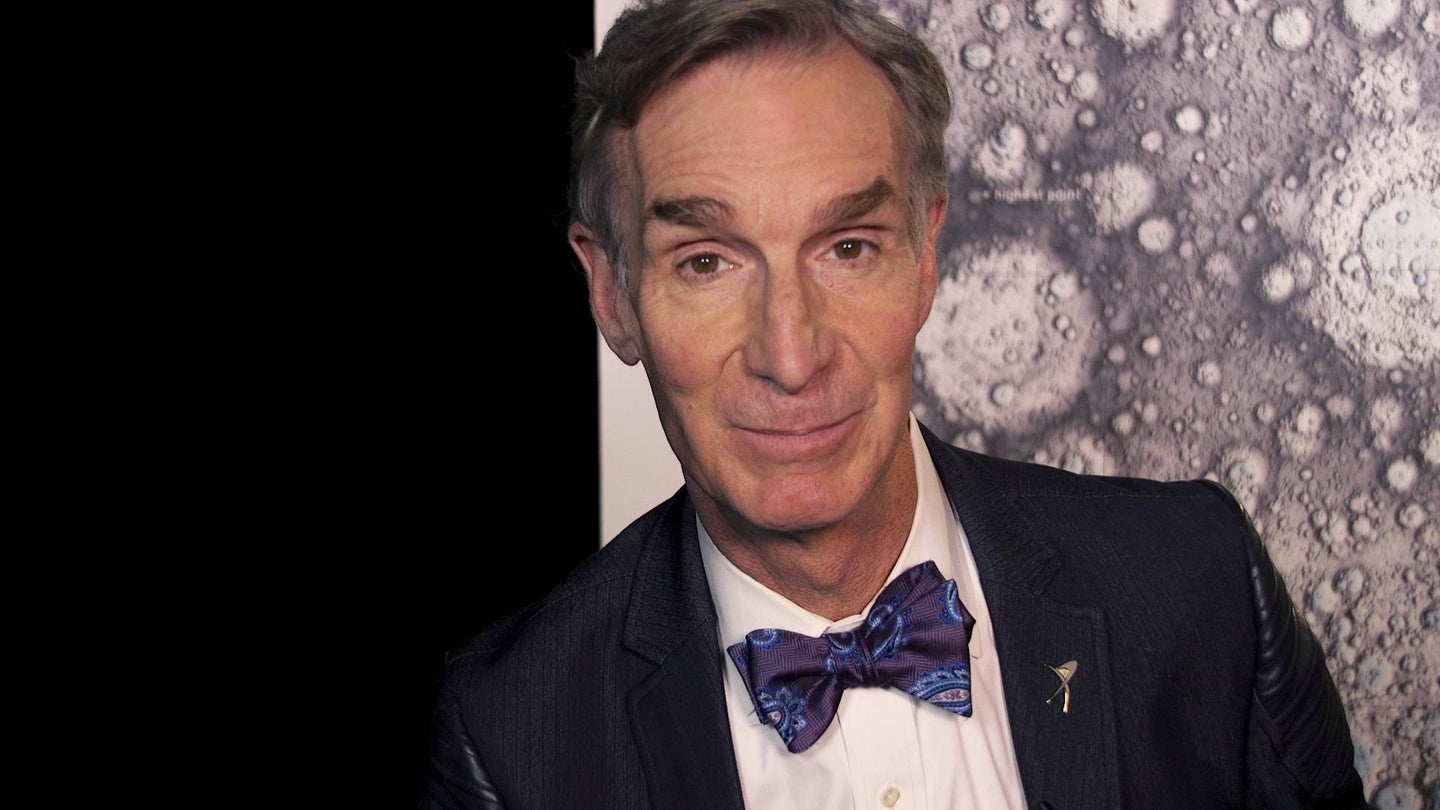 Is Bill Nye ever stressed out that he’s known as “The Science Guy?” How was being the subject of a documentary different than other productions with which he’s been involved? What project does he want to work on next? We asked Bill all these questions and more in this exclusive conversation. Watch the video (and while you’re at it, subscribe to Popular Science on YouTube) above and/or read Bill’s full answers below:

PopSci: Does it ever stress you out that so many know you as “The Science Guy”?

Bill Nye: Well, what I say all the time is I don’t think I get it. I was just in Australia, which is a whole other country on the other side of the Earth, and everybody there watches the “Science Guy” show. It was like being in the States—everybody had seen it, liked it, appreciated it—and I’m just hoping that a generation of scientists and engineers emerges, or at least voters—a populace of voters who appreciate science.

But yeah, it’s very…it’s weird. We made the show in a warehouse in Seattle and yet it’s gone around the world and apparently been very influential. And that’s cool, that’s exciting, but as I say I’m not sure I grasp the importance of it.

Along with “voters who appreciate science,” should scientists run for office and help set scientific policy?

Getting scientists to run for office, I mean that’s a fine thing. What we just want is scientifically literate legislators. I say all the time: You find somebody wants to be a congressman or senator? Oh my goodness! Wow! That’s an unusual thing, somebody who wants to go in there and hammer out deals.

You ever seen a real U.S. bill that’s gone through the Senate and the House of Representatives? There are hundreds pages of crazy detail. You got to get people who are passionate about that, and that might not necessarily be a scientist.

A scientist is great to be a legislator, senator, congressperson, but what we really want is just people who appreciate the value of science to the economy, to our health and to our quality of life.

How was starring in a documentary different from starring in other productions you’ve worked on?

It was fun, but it was also a little troubling. You know, they catch you off-guard. That’s the deal. They show your flaws—one’s flaws—but overall it’s it’s ok.

We really show a notorious climate denier, Joe Bastardi, really show him that his argument is based on a misconception. I don’t think he’s seen the film yet. We’re all looking forward to him getting a chance to do that.

You’ve just released a book and a documentary. What would you like to do next?

(Off screen) We’ve just received an alarm. Please stand by for further notice.

BILL: Well, does that mean I have to get off the stool and stand by? Get it? That’s a really funny joke.

If you go to a sailing store, you can still buy The American Practical Navigator, a book Nathaniel Bowditch wrote. He also translated Laplace’s famous text Celestial Mechanics into English.

But he made five voyages and on the fifth voyage, he came in on Christmas Day. The night watchman at the wharf thought he was a ghost because he had sailed through the fog all night by dead reckoning, with a stopwatch and just keeping track of his speed. It’s really a remarkable feat of navigation. It was so remarkable—how remarkable was it? If you go to the Library of Congress, his name’s on the ceiling in the Hall of Astronomy and Mathematics. And he’s just been a personal hero of mine and I would love to make a feature film about him. I own the rights to the book. So since you asked, that’s what I’d like to do next.

How might your Netflix show Bill Nye Saves the World change given the current political climate?

The way the show might change is it’s more difficult to get government officials to talk about their work and science, because the current administration suppresses them—tries to prevent them from using certain phrases and documents and affects their travel budget. But all that aside, what’s built into the U.S. system is change—it’s built in. So things will change and the pendulum will swing back because science, it leads to technology which leads to innovations, or innovations lead to technology that is based on science. So in order to remain competitive internationally, the United States—any country—has to embrace science. So everybody will figure that out pretty soon.

The problem in the meantime is climate change is happening more and more rapidly, and the longer we delay, as humankind delays do anything about it, the harder will be. And that’s where the show, the “Bill Nye Saves the World” show, may ratchet up about climate change issues.

How has the landscape of science media changed since your days filming Bill Nye The Science Guy?

In my day, the show was a half-hour—that was a constraint of broadcast television. There were four stations: CBS, ABC, NBC, and PBS and that was it, people.

Now you can go on the electric internet with your computer machine that the kids use, and there is Veritasium with Derek Muller, there’s Physics Girl, there’s ASAP Science, there’s Space Gal. All these people are producing—Kyle Hill—all these people are producing videos about science for the internet. And so things have changed in that way, but the demonstrations and the fundamental science behind them are the same.