Why these animals (and one baby) are incredibly jacked 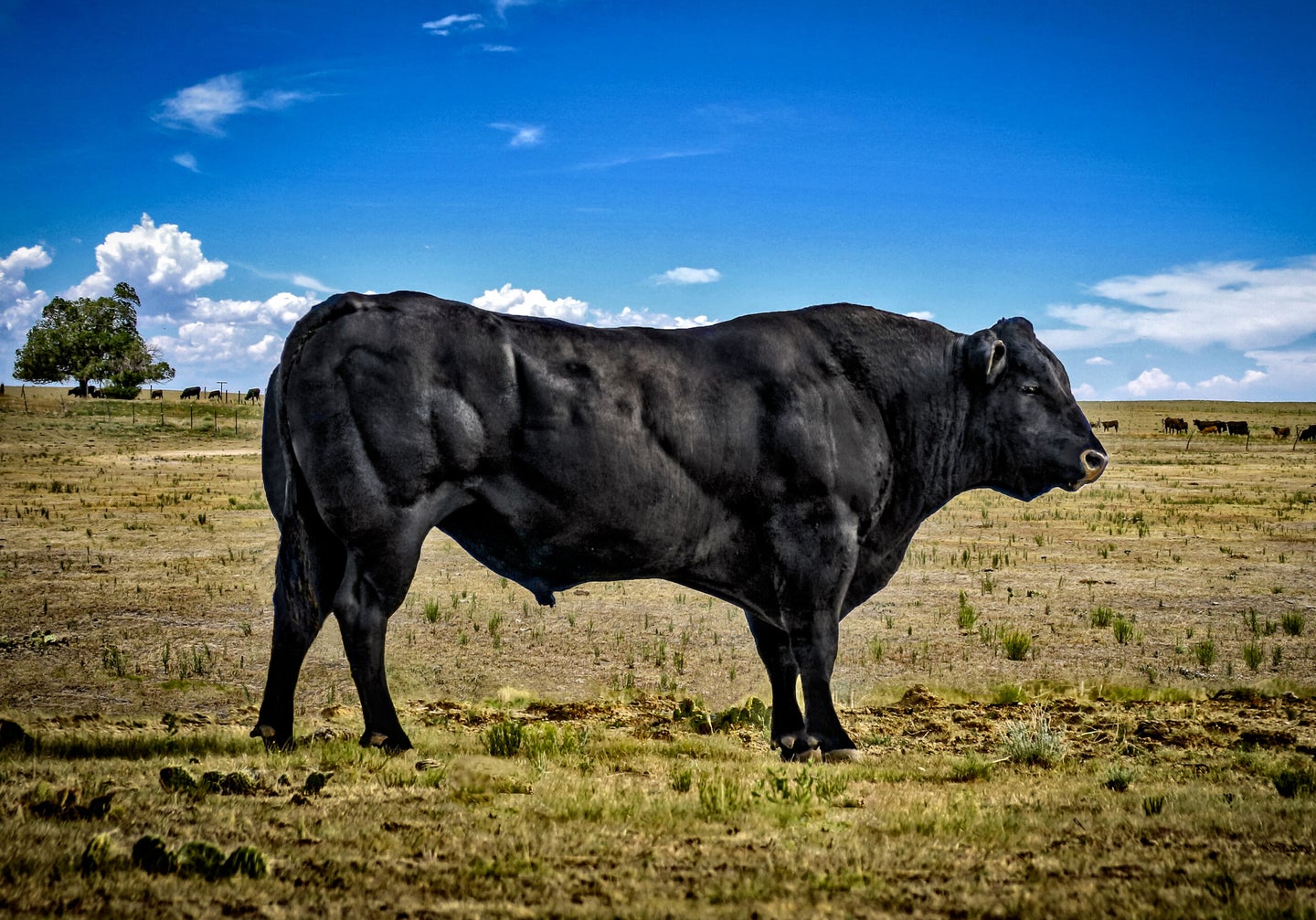 If superheroes kept cattle, they’d keep Belgian Blues. These behemoths have such bulging muscles you’d think they spent their lives in a gym designed especially for hooved creatures. But they don’t—they’re just born that way.

And they’re not alone. Piedmontese cattle have the same musculature, as do a subset of whippet dogs that breeders have dubbed “bully whippets.” The normally lithe pups are born with an exceptional volume of muscle, complete with thick necks and tails. There’s was once even a human baby who popped out with such unusual musculature that the pediatric neurologist brought in to examine the kid told The New York Times that “everybody noticed.” He and his colleagues later wrote about the baby in the New England Journal of Medicine, noting that “he appeared extraordinarily muscular, with protruding muscles in his thighs and upper arms.”

All of these anomalous animals have the same genetic abnormality enabling their gains: their myostatin proteins don’t work.

In order to grow muscles properly, your body uses a system of conflicting signals; some tell your cells to multiply or expand, while others inhibit that growth. Myostatin is one of the inhibitory proteins that operate inside your muscle cells. If you get a mutation in the gene encoding myostatin, then, your muscles won’t have one of the key signals that tell them to stop growing. That doesn’t mean they’ll expand out of control for as long as you live, but it does mean that you won’t have the standard cap on muscle size seen in almost all other mammals.

Each of us has two copies of the gene encoding myostatin. Inheriting one mutated copy makes you heterozygous for the gene, and animals with that pattern are unusually muscular and strong without being so obviously abnormal that people write case reports about it. It’s only when you’re homozygous, meaning you have two mutated copies, that you become something of an anomaly. That’s exactly what’s happened in all of these animals.

Purebred Belgian Blues and Piedmontese cattle are all homozygous. So was that baby boy. Bully whippets are, too. Some normal-looking whippets are heterozygous for the mutation and end up stronger and faster than average, which helps make them excellent racing dogs. One study of whippet genetics found that dogs in the lowest racing tiers hardly ever had the myostatin mutations (just one out of 43), whereas 12 of the top 41 fastest whippets carried at least one mutated copy. Some of these animals, especially the cattle, are often called “double muscled.” The truth is they only have about 25 percent more muscle mass than animals without the mutation, though that muscle tends to look very well-defined due to their leanness. (The difference between normal and homozygous varies from species to species; genetically engineered mice with no myostatin can grow 300 percent more muscle than is typical.)

You might wonder at this point why evolution hasn’t selected for these incredibly buff creatures. Shouldn’t they have (literally) crushed the competition and made more babies, thus skewing mammalian populations toward general swoleness? The reason these mutations remain uncommon is that more muscle isn’t always a good thing. Bully whippets, for instance, aren’t very good runners compared to closely-related dogs, because they’re essentially overburdened with muscle. Cattle fare a bit better, since they mostly just need to stand around and eat, but farmers aren’t rushing to breed them that way—they require an expensive high-protein diet and they’re unusually lean, meaning they can’t achieve a rich (and delicious) marbling of fat in their muscles. The massive size of their calves also makes giving birth dangerous, so c-sections are often required.

Some animals who have been experimentally given myostatin mutations have other problems, too. Goats and rabbits engineered without myostatin, for example, have weirdly large tongues and tend to have an unusual rate of stillbirths due to bulky babies.

But across the animal kingdom, it may be that being heterozygous for a myostatin mutation just helps you become an exceptional athlete. The best racing whippets, as we discussed before, tend to have one mutated gene, and another study in Thoroughbred horses also found that the fastest sprinters often had myostatin mutations. That exceptionally strong baby’s mother turned out to be heterozygous for a mutation in the myostatin gene. She was a professional athlete, noticeably more muscular than the average woman, and she had four other relatives who were naturally strong people. It’s likely that the potential benefits of having less myostatin than normal are balanced out by the downsides of having no myostatin at all, which keeps the mutation from disappearing while also keeping us from evolving into a species of natural-born bodybuilders.

Most of us have to rely on lots of hard work and a good diet to gain that kind of muscle mass—or just wait until CRISPR technology can give us all incredible biceps.