The biggest volcanic catastrophe in US history has taught us a lot about natural resilience. 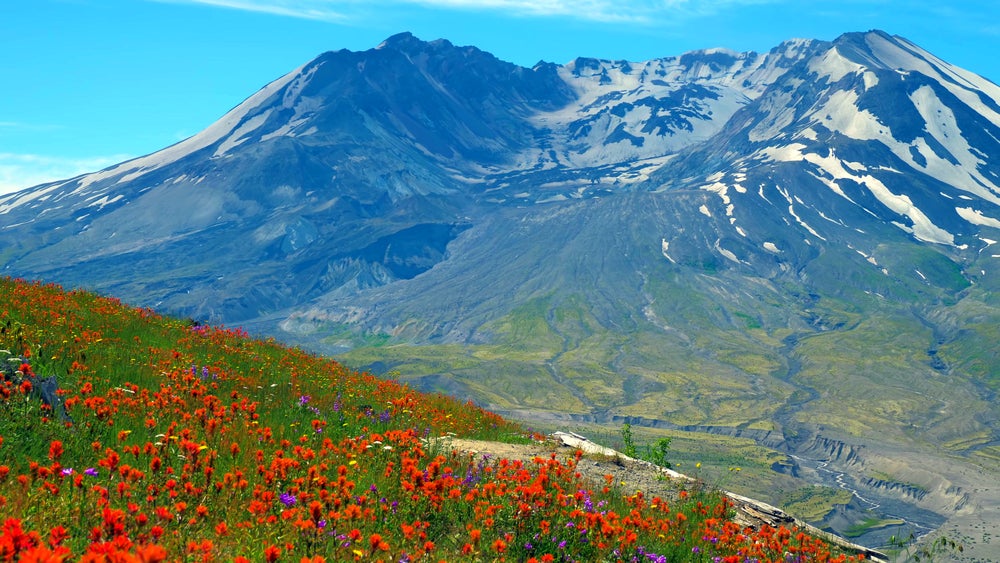 Excerpted from After the Blast: The Ecological Recovery of Mount St. Helens by Eric Wagner (University of Washington Press, 2020).

To think of the eruption’s effects in this way—as a function of surprise, rather than of a system obediently marching along to the dictates of theory—opened the way to other insights. One concerned the specific time and date of the eruption. That moment, 8:32 a.m. on Sunday, May 18, 1980, grew in idiosyncratic significance. What if Mount St. Helens had erupted twelve hours earlier, at 8:32 p.m.? Then many more animals, particularly small mammals, would have died. In the morning, they were in their dens and burrows. That would not have been the case at night. Or what if Mount St. Helens had erupted in the summer—in June, July, or August? Then the snowpack would have been gone, even at the higher elevations. In May, most amphibians were still in hibernation. In summer they would have been out and about, and so buried or incinerated. Fewer plants would have been spared in any form, because the soil would have been more thickly covered with ash and debris, and perhaps the top layers would have been so burned as to be sterile. The saplings and young trees that were safely buried under the snow would have been crushed by the big trees that were knocked over.

So the eruption, this singular event, was also rife with contingencies. Some were darker than others. What if Mount St. Helens had erupted at the same time the next morning, on Monday instead of Sunday? Then hundreds more people would probably have died. Much of the forested land around Mount St. Helens was owned by private timber companies, Weyerhaeuser first among them, and the forests were being actively logged. At 8:30 on a Monday morning, several hundred loggers would have been arriving for their shifts, the mountain ringing with the high whines of their chainsaws, the toots and chirps of whistles. The lateral blast would have killed them all. Like the plants, the loggers were quick to return. Of the tens of thousands of acres of flattened trees, sixty-eight thousand acres had been on Weyerhaeuser’s St. Helens Tree Farm; another sixty-four thousand acres were in the Gifford Pinchot National Forest. Federal, state, and private foresters alike looked at all the downed trees and saw little more than lost revenue. As one writer later noted in a magazine devoted to commercial forestry, “What nature had blown down, nature claimed.”

The foresters were determined not to let all those dead trees go to waste; their outer bark might have been burned in the blast, but for the most part the wood underneath was in fine shape. Just days after the eruption, Jerry Franklin watched as the US Forest Service, the Washington State Department of Natural Resources, and Weyerhaeuser clamored to get into the Blowdown Zone. One week after Franklin’s first Pulse started, on September 15, 1980, logging trucks began to roll into the northern portion of the Blowdown Zone, around the Green River, and to the area between the north and south forks of the Toutle River.

Salvaging volcano-felled timber was hard, dirty, and dangerous. The activity stirred up clouds of ash, forcing loggers to wear hospital masks in order to breathe. The ash dulled their equipment; cutters had to sharpen and resharpen their chainsaws after working only one or two trees. The loggers spoke in gloomy terms of working in a lifeless place, too much within sight of a volcano that could erupt again at any moment, the geologists’ reassurances notwithstanding.

For the next two years, loggers salvaged as much commercially valuable timber as they could. During the months of peak extraction, as many as six hundred truckloads of logs were removed every day. In a parallel effort, in the spring of 1981, Weyerhaeuser employees began to replant the forests by hand, eventually putting in eighteen million seedlings over forty-five thousand acres. They had to dig a foot or so through the ash to reach the old soil, but the ash acted as a wonderful mulch. On eighteen thousand acres of federal land, the Forest Service added another nine million seedlings.

Coming to Mount St. Helens, Franklin and his colleagues from the Andrews had understood that they were not engaged in purely academic inquiry. They had the opportunity to lead the research effort in part because they were employees of the US Forest Service, and they were operating in a working national forest that just happened to be the site of a volcanic eruption. They had to consider not only their scientific interest in ecological succession, but also forest management practices on public and private land. But he and other plant ecologists observed the foresters’ replanting efforts at first with bemusement and then something closer to horror. If the timber companies had their way, there would be nothing left to learn. “There was a sense among the scientists that some of this land needed to be preserved so we could watch it,” Franklin says. “Some of it we should leave alone.”

Along with other ecologists and interested groups, Franklin began to advocate for the formation of some sort of park or monument to protect a large portion of the blast area. Through their efforts, the Mount St. Helens National Volcanic Monument was created on August 26, 1982. Weyerhaeuser and Burlington Northern agreed to exchange roughly thirty-two thousand acres of blast-affected land inside the proposed monument boundary, much of which they had already salvaged for logs, for more than seven thousand acres a little farther down the North Fork Toutle River. In the end, the monument covered 110,000 acres, most of it north of Mount St. Helens.

For almost all of his career until 1980, Franklin had been focused on questions and ideas of how to maintain and cultivate healthy forest ecosystems, studying not only what those ecosystems looked like but also how they could be wisely used. At Mount St. Helens in 1980, the main disturbance was natural, volcanic, and acute, but in most other systems where Franklin had worked, the forces of disturbance were chronic and predominantly human. Federal and private foresters had thought of the woods as being continuously renewable. They could cut down all the trees and start again from nothing. Franklin argued that it was not so. Between clear-cut and old growth, between volcanic eruption and forest regeneration, lay several stages of rich and scientifically important biological change. The eruption had knocked over millions of board feet of timber, yes, but it had left a lot of other things behind, and those things were what would shape the future ecological community.

Insights from Franklin’s work would inform thinking on contemporary forestry practices for years to come. But for Franklin, Swanson, and the scientists from the Andrews, Mount St. Helens would fade in importance. In the late 1980s, the “forest wars,” disputes over the fate of old-growth forests throughout the Pacific Northwest, began in earnest, and the Andrews crew were centrally involved. For them, the mountain became one triangle among many on the time map on their wall, but its teachings would endure.

In stressing the importance of biological legacies, Franklin was trying to show loggers how to cut down trees the way a volcano does. At the same time, he was imparting another lesson, one larger and more philosophical and therefore harder for some to accept. After the eruption, people had felt an irresistible need to intervene, to try to put everything back to the way it had been, to erase the blast and its effects. Foresters believed they had the resources and the ingenuity to fix the landscape. If they could bring the trees back so they could cut them down again, then they could restore not only the ecology of the region, but also a proper sense of utilitarian dominion. They could show that humans need not live with such a naked reminder of the degree to which we are always at the mercy of inhuman forces.