It's going to be a big weekend for stargazers. 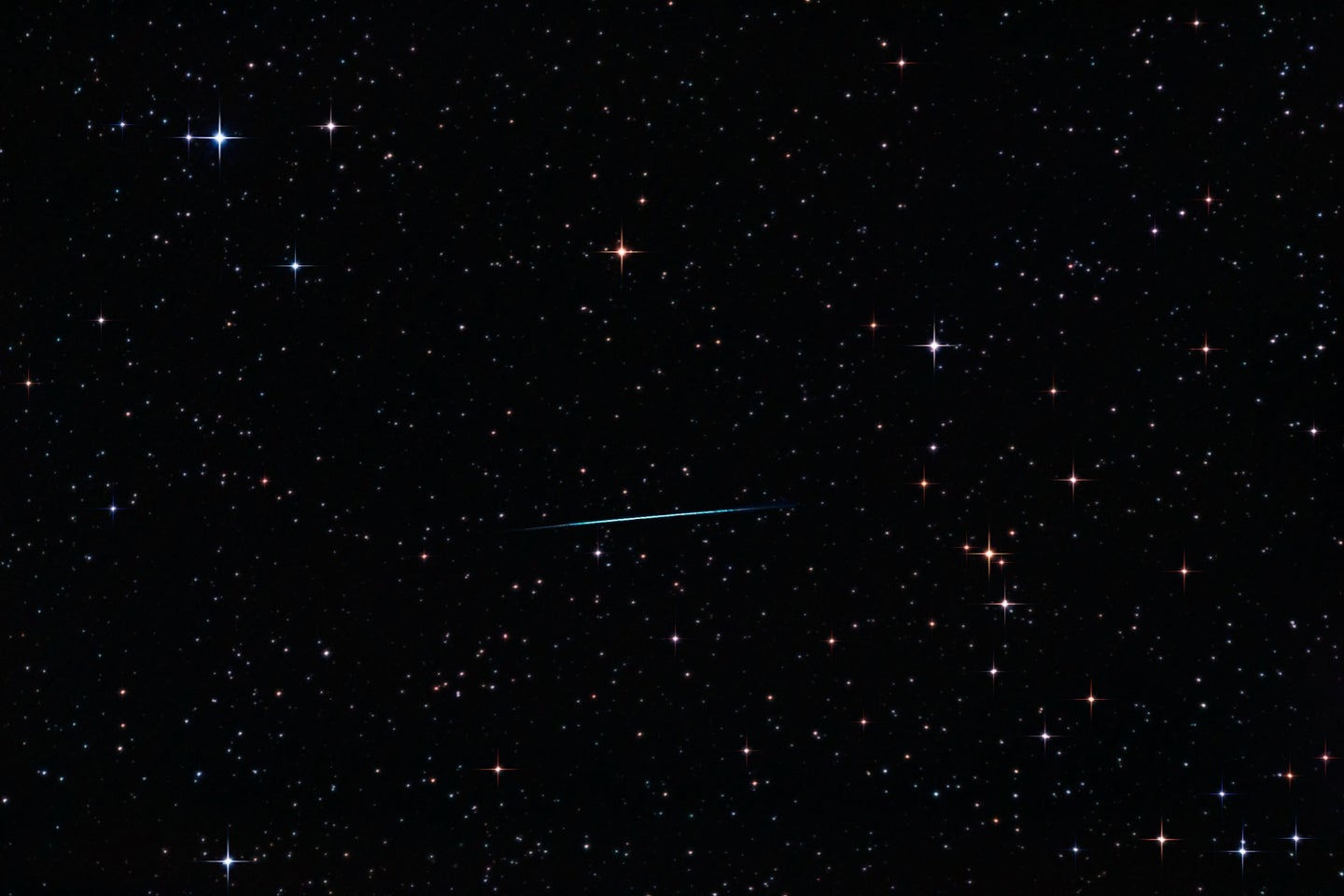 A meteor in the night sky. Deposit Photos
SHARE

This weekend is likely prove to be exciting for stargazers Not to be outshined by last week’s successful NASA asteroid collision mission, the Draconid meteor shower will light up the night skies over Earth on October 8 and 9. During the Draconid, Earth makes contact with millions of tiny, icy rocks that were left by the comet 21P/Giacobini-Zinner. According to NASA, this 1.24 mile-wide comet crosses Earth’s orbit once every 6 and a half years, making its last close approach in September 2018.

Unfortunately, the annual Hunter’s Moon will also peak this weekend, and the light from the bright full moon will outshine the dazzling glittery meteors a bit. Usually, skywatchers can see roughly 10 to 20 meteors per hour during the Draconids, but the night sky will likely be too bright to see many this year.

[Related: How to photograph a meteor shower.]

The same rules apply to watch this meteor shower that applies to pretty much all space-watching fun: go to a dark spot away from the lights of a city or town and let the eyes adjust to the darkness for about a half an hour. Viewing this meteor shower doesn’t require a telescope or binoculars, just eyes and a curious mind.

Meteor showers like this one occur when the Earth passes through the clouds of rocky debris that have been left behind by comets. As the specs of comet flip and tumble through the atmosphere, some of them catch fire and streak through the sky. This officially makes them meteors. They typically are too small to create any real damage and most space rocks burn up long before reaching ground. The hearty few who are big enough to survive the plunge hit the ground as meteorites.

The Dragonid meteor shower appears on Earth to be coming from the constellation Draco (the Latin word for dragon). This constellation positioned in the northern sky, that appears to have a serpent-like tail swooping between the Big and Little Dippers.

[Related: A guide to the moon’s craters, seas, and ghostly shine.]

While the Hunter’s Moon is stealing some of the spotlight from the Draconids, it is still worth getting a glimpse of over the weekend. The Hunter’s Moon rises every October, and refers to fall hunting season, when animals are larger after spending the summer eating to prepare for winter, according to The Old Farmer’s Almanac. Some other names for October’s moon in the United States are the Migrating Moon (Cree), the Freezing Moon (Ojibwe), and the Blood Moon, among others.

This year, it will be brightest on Sunday, October 9. It hits peak brightness at around 4:55 p.m. EST, but the moon should still appear to be full a few hours later when the sky is daker.