How Human Do We Want Our Robots To Look?

That depends on who you are, and what the robot's for. 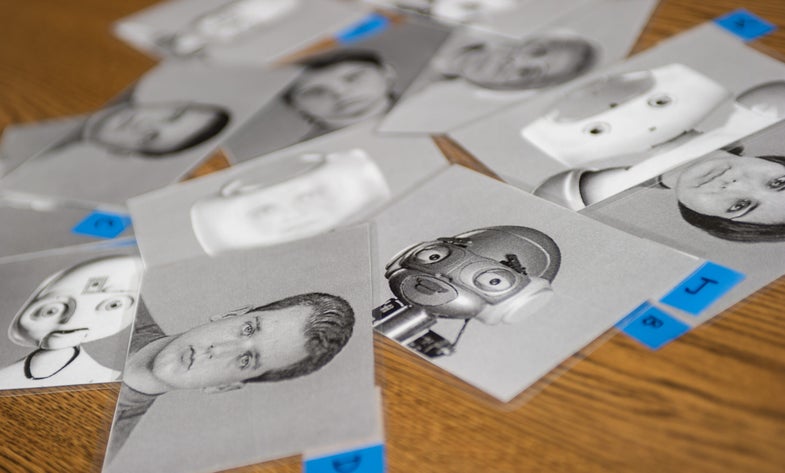 Let’s say you’re getting a robot butler. (Congratulations on your purchase, future-dweller!) You can choose between three models for your new _Jetsons-_style Rosie robot: a clearly robotic machine, maybe even a cutesy one, like Wall-E; a more humanoid, personish ‘bot, like the android from Metropolis; or a robot that looks just like a real human being. Which do you pick?

A new study from Georgia Institute of Technology’s Akanksha Prakash and Wendy A. Rogers answered that question for you. And the answer is: Well, it depends.

The study involved 32 college students between 18 and 23 years old, and 32 adults between 65 and 75. Through surveys, the researchers asked the participants for their opinions on robots in general (“Using a robot would make my daily life easier”), how robots should look (“I would want my robot to have eyes”), and their familiarity with robots, at different points in the study. First, the participants got the opinions survey. After that, they were shown a series of potential house robots and asked to pick their favorites, narrowing down their choices until a very robotic robot, a more humanoid robot (a combination of the human and robotic robots), and a very human robot (really just a photo of a human) remained. Then the participants were asked to pick their favorite of the three. 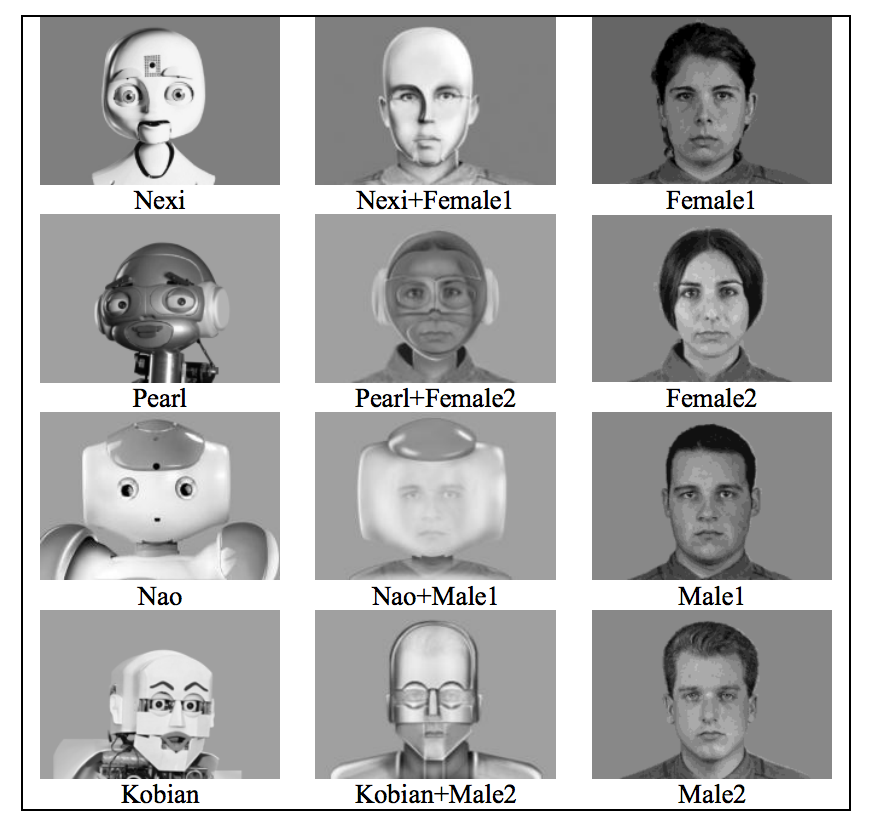 But the researchers added one more audible. From the study: “[P]articipants were asked to think specifically about a personal care task (e.g., bathing) and were inquired if they would have a preference among the three faces if the robot helped them with that task. This was repeated for three other tasks: menial task (e.g., chores), social task (e.g., chatting with someone, playing a game with someone, or learning a new skill from someone), and decision-making task (e.g., deciding where to invest money).” Finally, the participants were given the robot familiarity and use surveys.

Here’s what the researchers found. For one thing, on either side of the age gap, most people had positive attitudes toward robots, although the young people had more experience with robots. Where the two groups really diverged was in what they wanted their robots to look like. While the older people were generally all for having robots that looked exactly like humans, the students were more wary of the idea. Here are the responses to the prompt, “I would want my robot to look exactly like a human”: 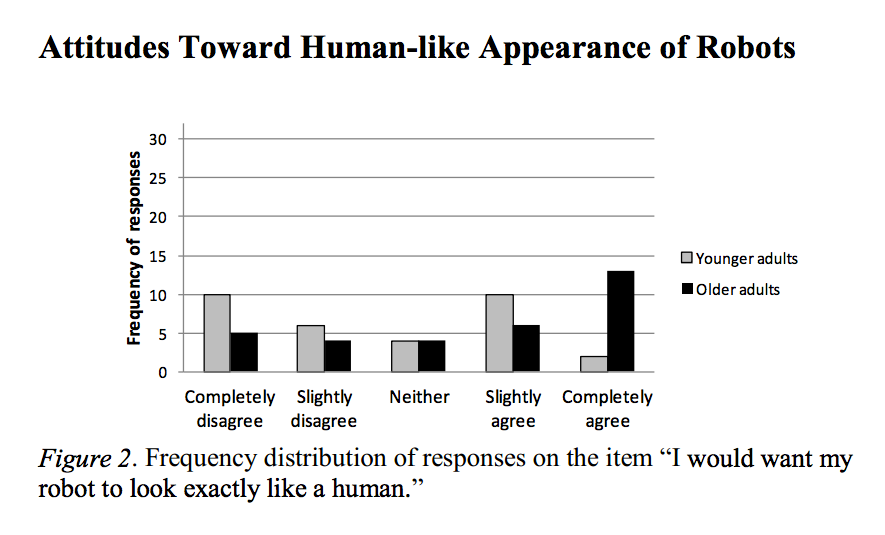 And here are the groups’ picks for their robot of choice: 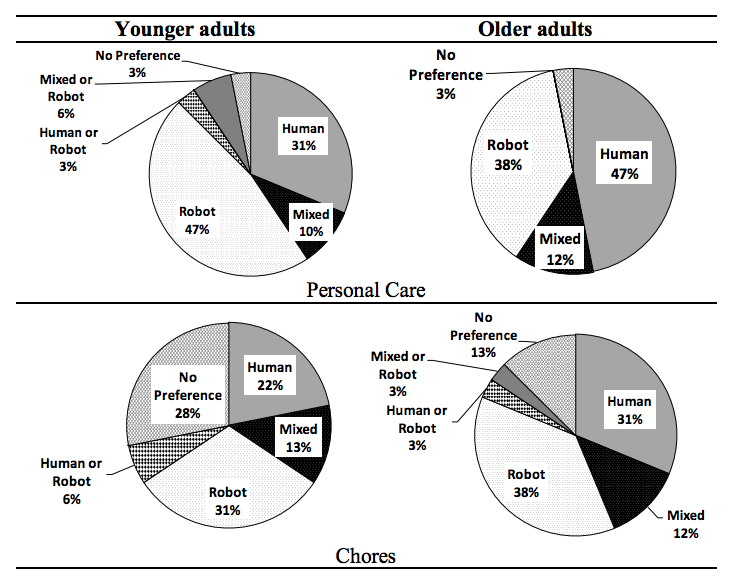 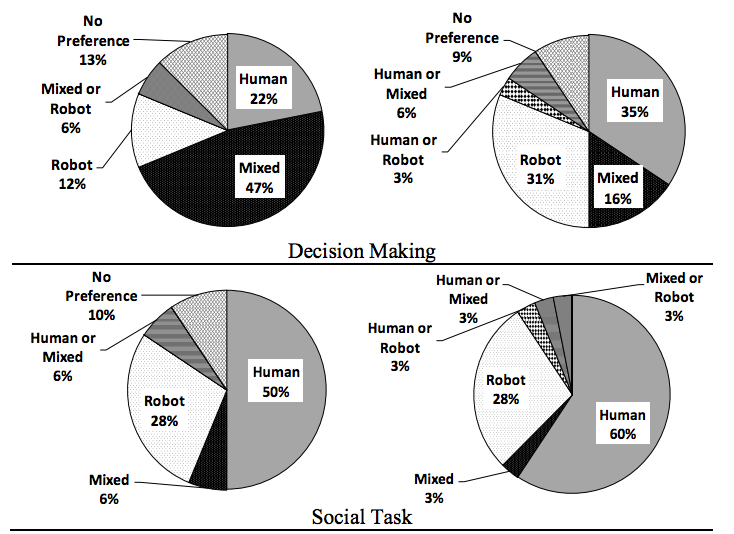 The data gets a little dicier at this point, as the researchers mixed in more variables. But here’s them sussing the results:

In short, despite ages, we assign human attributes to robots that appear more human. In a robo-nurse, this can be a pro or con, depending on how you look at it: a “human” might be theoretically more competent at a task like bathing than a robot, but if you value your privacy, you might prefer a more machine-like robot to be taking care of a personal task. But if you’re working with, say, a robotic personal banker, or a robotic chess partner, you’ll prefer the robot with human-like qualities, since humans excel in decision-making and sociability.

Now here’s the usual caveat: take this all with a grain of salt. The study focused on college students and a healthy, educated demographic of older people–it would be unwise to overgeneralize about what this means for our robot companions of tomorrow. But still, the more tasks we assign robots as we move into the future, the more we’ll want to know about which robots will be best suited for the jobs.