The 10 Coolest Species Discovered In 2012

The tiniest frog, a bioluminescent cockroach and more 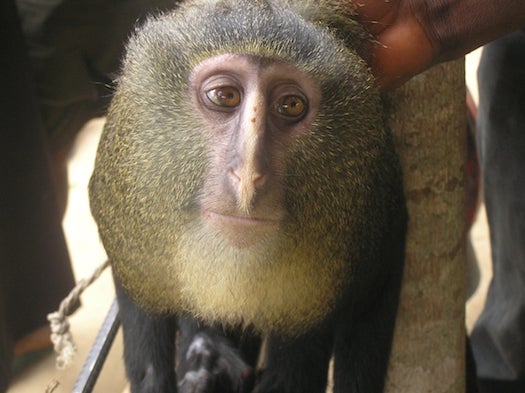 People living near remote forests in the Democratic Republic of Congo have long known about this melancholy-looking fellow. It calls loudly at dawn and males have bright blue butts and testicles. People hunt and eat lesulas and scientists consider their status vulnerable. Maurice Emetshu
SHARE

Happy birthday, Carl Linnaeus! May 23 was the 306th birthday of the developer of the scientific system for naming species. To celebrate, Arizona State University’s International Institute for Species Exploration announced its annual list of the top 10 species that received official names in the past year. Scientists discover about 18,000 new species a year, according to the institute.

This year’s picks include the world’s smallest invertebrate, a glow-in-the-dark cockroach, and a monkey that locals have long known about, but that only just received a scientific name. Check them out below.

People living near remote forests in the Democratic Republic of Congo have long known about this melancholy-looking fellow. It calls loudly at dawn and males have bright blue butts and testicles. People hunt and eat lesulas and scientists consider their status vulnerable. 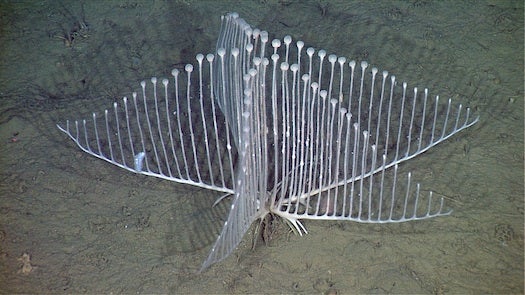 This stellar animal is a sponge that lives off the coast of California in water averaging more than 11,000 feet (3,399 meters) deep. It doesn’t always form this shape. It may have anywhere from two to four arms, called vanes. The vanes’ vertical branches maximize the sponge’s surface area, the better to capture the plankton it eats. 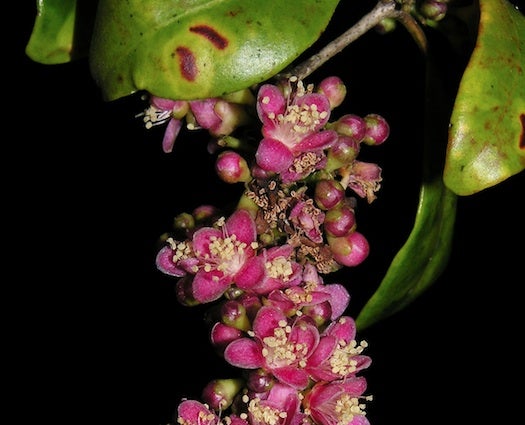 Like the beach? So does the Eugenia petrikensis, a shrub that grows in sandy soil near the shore in Madagascar. It’s considered endangered as its forest habitat, known for its diversity of Eugenia species, is shrinking. The Madagascar shoreline forest once stretched for nearly 1,000 miles, but human settlement has reduced it to isolated fragments. 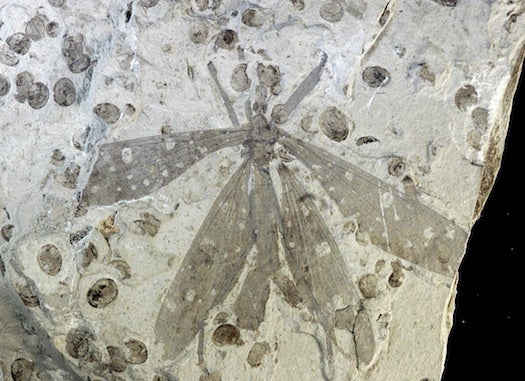 Though just named in 2012, this animal hasn’t been around for a while. It’s a 165 million-year-old insect thought to mimic the appearance of the leaves of the Yimaia capituliformis, a ginkgo-like tree. Fossils of the insect have been found with fossils of the tree’s leaves. This adaptive mimicry evolved even before the spread of flowering plants on Earth. 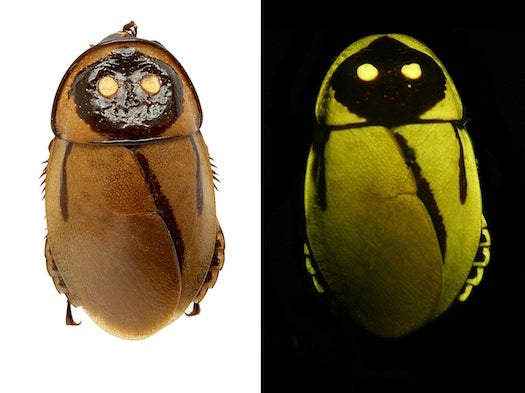 At least the ones in your apartment don’t glow. The Lucihometic luckae (shown in light on the left and in darkness on the right) is a bioluminescent cockroach. It stores bacteria in its exoskeleton to produce its glow. It may or may not still live in Ecuador, where one specimen was collected 70 years ago. The eruption of the Tungurahua volcano in 2010 damaged its habitat and it may be endangered or extinct.

It may not look like much to outsiders, but it’s a worry for researchers. Ochroconis anomala, as well as a related species, Ochroconis lascauxensis, are fungi that appear as black stains on the walls of the Lascaux Cave in France, home to rock art dating to the Upper Paleolithic. Researchers work to keep organisms like these fungi out of the precious cave. However, the O. anomala and O. lascauxensis probably developed because of the carbon and nitrogen that cleaning treatments leave behind, say the Spanish scientists who discovered the species. 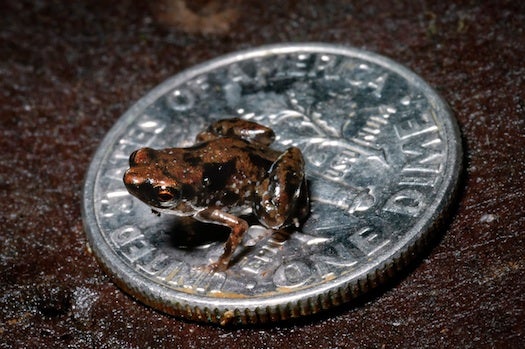 This little frog, discovered in New Guinea, is now officially the world’s smallest vertebrate. The average adult frog is 7.7 millimeters long. Like other super-small frogs, the new record-holder lives in moist leaf litter in wet tropical forests, suggesting that such habitats have a niche for mini-frogs. The largest living vertebrate is more than 3,000 times larger than the Paedophryne amanuensis: the 80-foot-long blue whale. 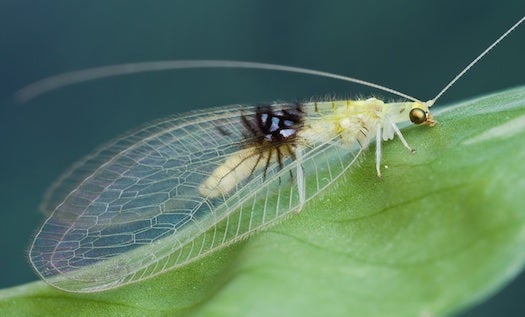 It took a series of Internet-enabled coincidences to realize this was a new species. Guek Hock Ping, a photographer, snapped a picture of this lacewing while hiking in Malaysia. He posted it to his Flickr account. Shaun Winterton, an entomologist with the California Department of Food and Agriculture, saw Ping’s picture and noticed the lacewing seemed unusual, but couldn’t make sure without seeing a specimen. Fast forward a year, and Ping finally ran into one of the insects again, captured it, and sent it to Stephen Brooks at the Natural History Museum in London, who confirmed it was a new species. Ping, Winterton and Brooks wrote a scientific paper about it together, using Google Docs. The bug is named after Winterton’s daughter, Jade. 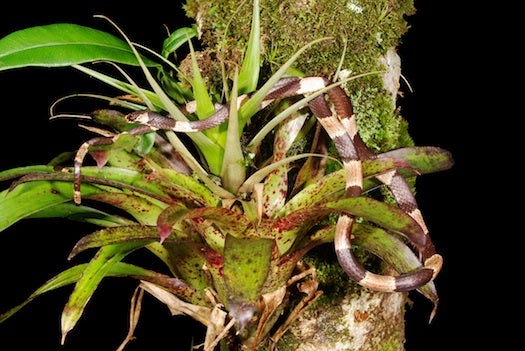 Sibon noalamina, No to the Mine! Snake

Like some people, Sibon noalamina is a fan of escargot. It hunts earthworms, snails, slugs and amphibian eggs in the highland rainforests of western Panama. Its striped coloring protects it by making it look like venomous snake species, although it is not venomous. It lives in an area where mining is contested, so its name is derived from the Spanish phrase for “No to the mine.” 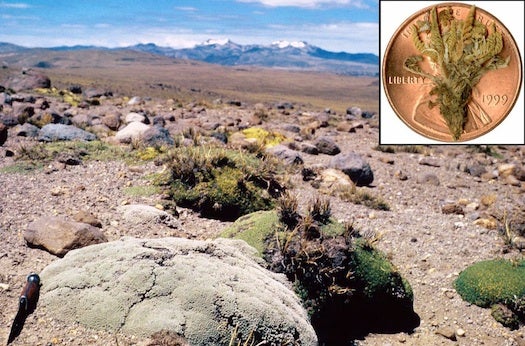 This diminutive violet lives only in one intermontane plateau in the Andes in Peru. Botanists have collected specimens of the plant since the 1960s, but never described it as a new species until 2012.