Why Mosh Pits Make For A Good Physics Lesson 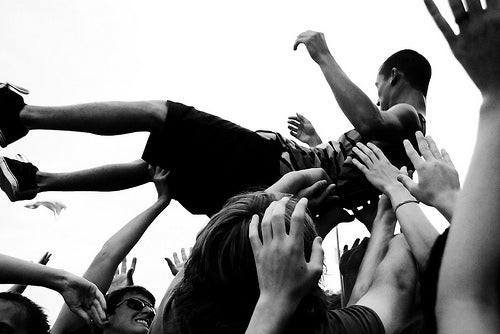 Have moshers been taking physics lessons? While swarms of sweaty, raging humans might look like anarchy, physicists at Cornell say heavy metal pits actually follow a certain logic, and it is similar to that of gaseous particles. That insight could be used to help predict how crowds behave in emergencies, which, in turn, could help generate better evacuation strategies–ones that even save lives.

Moshing and gas science mixed when Jesse Silverberg, a Cornell graduate physics student and mosh aficionado, brought his girlfriend to her first heavy metal concert. Amid the booziness and ear-ravaging music, Silverberg was struck by the possibility that moshers’ slam-happy moves bore a resemblance to collective movements found in nature, such as those of bird flocks and schools of fish.

To study his idea, Silverberg and two accomplices from his program — Matthew Bierbaum and James Sethna — snagged YouTube videos of people crashing into each other at metal concerts. They cleaned up the video to remove distortion and shaky camera work, and converted the movements into a two-dimensional plane. In that form, the moshers looked a lot like atoms moving around in gas, the researchers realized.

But the team wanted to do more than watch YouTube videos — they wanted to take what they learned and make an interactive model of how these gas molecules might move if they turned into metalheads. So Team Mosh developed a real time mosh pit simulator to test different variables such particle softness and how fast particles collide. Each circle in the simulator represents a human mosher defined as a “simple soft-bodied particle” dubbed Mobile Active Simulated Humanoid (MASHer). And as anyone who has seen a mosh pit knows, not everybody wants to tangle. So Silverberg separated the agro red MASHers from the peaceful, stationary gray bystanders. Turn up the speed in the gaseous mosh pit and you begin to see how innocent molecules might get trampled in the fray. 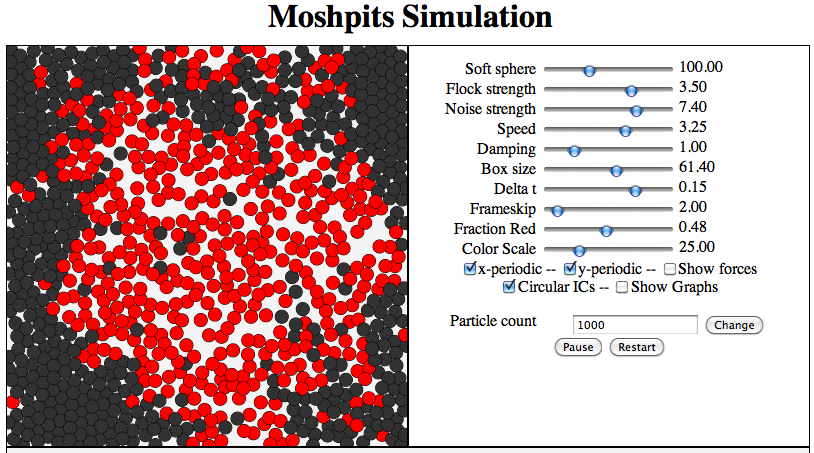 Red ones smash, gray ones are innocents.

The good news? The research provides insight into how seemingly chaotic crowds behave. And the better researchers understand that, the easier it is to design exit routes and evacuation strategies that could save lives in an emergency.

Read the fun study, which was published on Cornell arXiv.

Popular Science editor Dave Mosher originally accepted this assignment to get his byline on a story that uses his surname, but failed to find enough time/energy to follow through.