An emotionally abusive supervisor ruins the workplace environment for everyone. 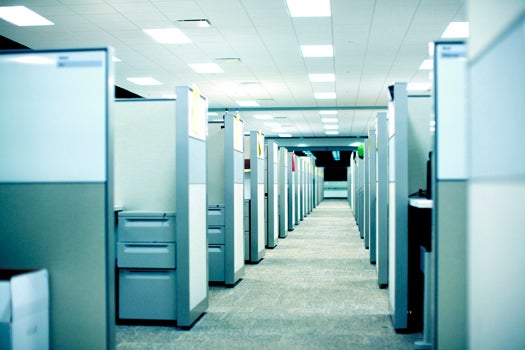 A bad boss doesn’t just harm the employees he torments directly. He damages non-targeted workers, too, according to new research in the Journal of Social Psychology.

Hostile behavior toward subordinates — like being rude, ridiculing or publicly criticizing a worker or employing that middle-school favorite, the silent treatment — negatively affects the work environment. The impact is felt among those who aren’t the intended victims of abuse, the research shows.

The study found that when an employee observes hostile treatment, reads about it in an email or hears rumors about it, he experiences so-called second-hand abuse–that is, the abuse affects him just as it does the target of the bullying. Victims of both first and second-hand abuse are more likely to abuse their coworkers, be more frustrated with their jobs, and perceive a lack of organizational support at work, the research shows. And when a worker experiences both personal abuse and vicarious abuse, the negative effects are heightened.

Bullying has a long-lasting impact on employees, according to the researchers, in part because it’s likely to go on for longer than full-blown violence or aggression in the workplace, which are often stopped quickly.

“Although the effects of abusive supervision may not be as physically harmful as other types of dysfunctional behavior, such as workplace violence or aggression, the actions are likely to leave longer-lasting wounds, in part, because abusive supervision can continue for a long time,” explains Paul Harvey, one of the paper’s authors.

When employees experiences vicarious abuse it detracts from their relationship with the organization as a whole, because they see that the company as allowing such negative treatment to exist.