Babies Pick Up On Language Before They’re Even Born

A new study shows how newborns can tell the difference between their native language and a foreign one. 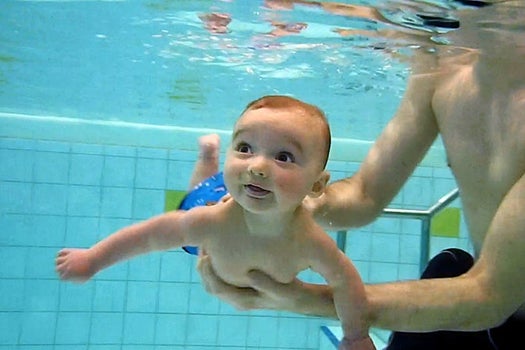 Research suggests we pick up on the nuts and bolts of speech six months after birth. But a new study suggests newborns have already learned parts of a language, can distinguish between their native tongue and a foreign one, and even–in a really weird way–demonstrate that they know the difference, much earlier than we thought.

Researchers took a look at some especially young infants: 40 boys and girls between seven and 75 hours old were studied in both Tacoma, Wash. and Stockholm, Sweden. The team set up a pretty bizarre and ingenious metric for determining how well the babies recognized the speech: they measured how long the kids sucked on a pacifier wired to a computer. First the researchers split both the Swedish and American babies into two groups. Within each of those groups, they rigged a pacifier to detect when each of the babies sucked, then started to pipe in vowels. Half of the babies in each group got vowels in their native language, while the other half got the foreign one. The babies consistently sucked faster on the pacifier when a foreign language was being played, which, the researchers say, is evidence they’re ready for something new by the time they’re a few hours old.

Vowel noises are the loudest bits of speech and therefore, the researchers say, the most likely to be noticed in utero, probably from when the mother is speaking. Other studies have done similar research, looking to see if newborns can recognize music or certain phrases, but recognizing vowels is even more fundamental: they can’t be picked up by learning just the rhythm or tone the way other sounds can be.

During the last 10 weeks of pregnancy, the researchers say, the baby is already starting to pick up on those noises. So mind your language around the pregnant.