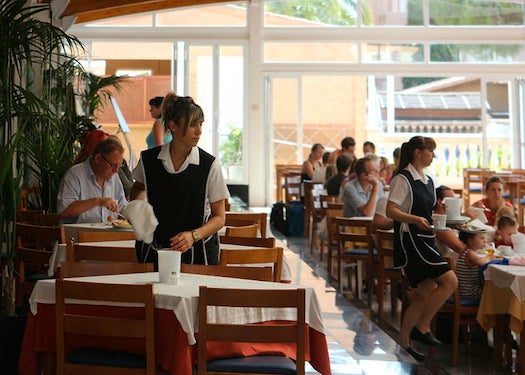 Have you ever been rude to someone in the hospitality industry? Well, first of all, don’t do that, what’s wrong with you? Second of all, if you’re in North America, you especially shouldn’t do that because the staff will spit in your food so fast your head will spin. In China, on the other hand, you’ll just make all the other customers miserable, too.

Researchers from the University of British Columbia surveyed hotel employees–132 in Beijing and 82 in Vancouver–and asked how often they were abused by patrons, how often they retaliated by sabotaging said patrons, and how much enthusiasm they had for their jobs.

The amount of abuse was consistent across the cities (a-holes are cross-cultural!), but the reactions between staffs differed. The Vancouver staff was 20 percent more likely to seek sweet revenge by serving cold food or giving the mean customer a bad time in some other way, while the Chinese workers became more apathetic when they were mistreated. When asked questions like, “I voluntarily assist guests even if it means going beyond job requirements,” they were 19 percent more likely to say no. That meant lower quality of service for everyone.

So maybe just don’t be a jerk, whatever city you’re in?