What Happens When Researchers Give People Superpowers?

Do they use them to do good or evil? 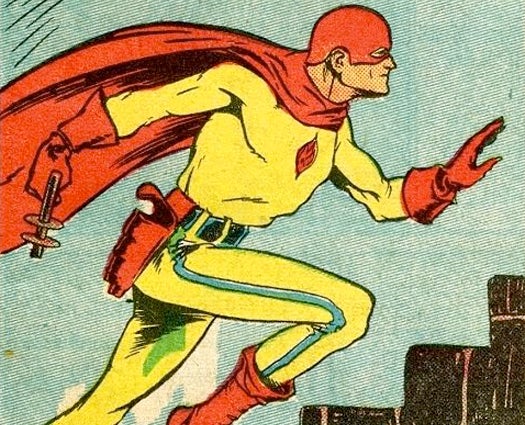 In most superhero origin stories, there’s the moment of doubt: How will Peter Parker use his radioactive-spider powers? Invariably, the heroes use them to help others. Turns out, that’s pretty close to what happens in real life (or at least in the lab): When Stanford researchers endowed people with the power of flight in virtual reality, the subjects became more altruistic back in real reality.

This was the experiment’s setup: Researchers had 30 men and 30 women strap on a pair of a virtual reality goggles. Then one by one, the subjects entered a simulator–a room researchers could manipulate with speakers to make an imagined situation more life-like. In the simulation, all of the subjects were sent to a city, and a woman’s voice announced that their mission was to find a diabetic child and deliver an insulin injection to him. One group did that by riding passenger-side in a helicopter, while the other group got Superman-esque flying powers. (A recognizable power more associated with “do-gooder” heroes.) For both groups, the speakers vibrated the floor and created a feeling of wind whistling by. No matter which group the subject was in, he or she found the child in 2 minutes and delivered the shot. (Hoo-rah!)

Next, one by one, the subjects were brought into an “interview” with a researcher who (supposedly) wanted to know more about their experiences. But it was a charade. The researcher, with every subject, intentionally knocked over a cup with 15 pens, waited 5 seconds, then started picking up the pens, 1 second per pen. The people who were given flying powers in the simulation were more likely to help pick up the pens than the helicopter-riders. On average, the superheroes started picking up pens in 3 seconds, compared to 6 seconds in the other group, and the flight-endowed subjects picked up 15 percent more pens overall. Everyone in the Superman group helped pick up pens, but six participants in the helicopter group abstained.

The researchers admit that the results can be interpreted in different ways. Did the flyers help more because they could fly, or because they took a more direct role in helping the diabetic child? Put another way: It’s clear the subjects were being more altruistic, but why is still up in the air. The next time, the researchers will let the subjects fly, but send them along a pre-determined route. If that changes the results, they’ll know if it’s the ability to fly anywhere that helped, or the ability to fly in general.

It’s an interesting–even sweet–experiment, but there might be a dark side to it, too. The Stanford team takes it as a given that the opposite of their experiment also works: violent games, they say, cause aggressive behavior. (Something other scientists would disagree with). But if we were to take the results at face value, and conclude that people can be primed for goodness with games, what does that say about people being primed for badness?

Hopefully people are more ready to be Superman than Lex Luthor.