FYI: Why Are Mean People So Hot?

It's not that meanies are more physically attractive than everyone else. They're just very good at fooling us. 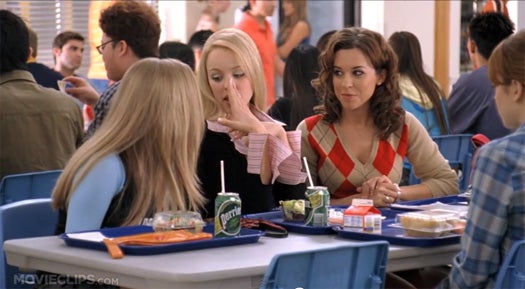 Mean people are attractive because of their meanness, not in spite of it. What I call meanness is more officially known as the “Dark Triad” of personality traits—narcissism, Machiavellianism and psychopathy. A recent study shows that people who exhibit these traits are better than people who score lower on the Dark Triad at making themselves appear more attractive.

The meanies aren’t necessarily more physically attractive than anyone else, they are just better at using what the study calls “adornments” (clothes, makeup and the like) to make themselves seem more appealing. The researchers, Nicholas Holtzman and Michael Strube at Washington University in St. Louis, had their subjects remove all makeup, pull long hair back into a ponytail and don a white T-shirt and grey sweatpants. They were rated on their attractiveness in this unadorned state, set loose to adorn themselves to their hearts’ content, and rated again. All three Dark Triad traits were associated with higher attractiveness in the adorned state, when controlling for attractiveness in the unadorned state. So you can take some small comfort in knowing that mean people are just as ugly as the rest of us, they’re just better at fooling everyone into thinking they’re hot.

Mean people are just as ugly as the rest of us, they’re just better at fooling everyone into thinking they’re hot.

The study suggests a possible reason why these subjects were compelled to make themselves more attractive: “When people high in Dark Triad traits dress-up, they may experience greater increments in self-esteem or derive more satisfaction from the additional attention they receive, compelling them to continue dressing well.”

And it has been well-documented that the physically attractive are seen as more likeable, further explaining the popularity of the bad boys in their motorcycle jackets who make the ladies swoon, and the cruel, selfish high school girls with expensive hair and logo-emblazoned t-shirts. As “Mean Girls”—yet another incisive cultural study—put it: “The weird thing about hanging out with Regina was that I could hate her, and at the same time, I still wanted her to like me.”

The inexplicable pull of Regina George, the cruel, popular ringleader, goes beyond just her physical beauty, artificial or not. Her Dark Triad personality traits may actually be helping her. Psychopaths have long been characterized as outwardly charming, and research suggests that narcissists tend to make better first impressions. Studies show that after brief exposure to a new person, people rated those who ranked high for narcissism as more likeable.

But whether your personal Regina George gets hit by a bus or not, beauty will fade with time, and even the strongest first impression can’t hide a truly dark interior forever. So chin up, because someday you’ll be living in a big old city, and all they’re ever gonna be is mean.