Dear Congress: Why Are You So Anti-Science?

New criteria for choosing NSF grants is the latest salvo from our anti-science government. 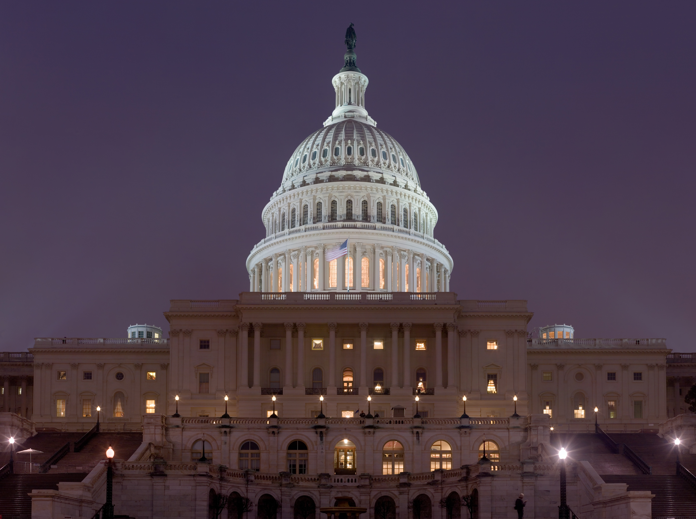 Of the many and varied things going wrong in Washington today, the frontal assault on science is one of the most alarming. Sequestration will be a blip compared to the setback that could result if Congress makes science–the peer-reviewed, community-checked, fact-based realm of science–all about politics.

The chair of the U.S. House of Representatives’ science committee is floating a bill that would eliminate peer review at the National Science Foundation, essentially replacing it with a Congressional stamp of approval. President Obama has signaled he opposes this, and the bill’s future is unclear right now. But Republican lawmakers are nothing if not tenacious.

Science has been suffocating in a toxic political atmosphere for years, with national leaders outwardly denying climate change is happening, celebrities pushing dangerous anti-vaccine (and anti-science) views on a frightened and malleable public, and conservatives angling to teach creationism using taxpayer dollars. The proposed 2014 federal budget doesn’t help, with major cuts in planetary research and high-energy physics just two of the problems. But this latest salvo could be one of the most damaging anti-science campaigns yet.

That’s because on its face, it sounds innocuous. Wise, even. It’s called the “High Quality Research Act.”

The draft legislation, as originally reported by ScienceInsider, would force the National Science Foundation to adopt three criteria in judging every grant proposal. Quoting ScienceInsider’s copy of the draft, NSF-funded research must be:

1) “… in the interests of the United States to advance the national health, prosperity, or welfare, and to secure the national defense by promoting the progress of science;
2) “… the finest quality, is groundbreaking, and answers questions or solves problems that are of utmost importance to society at large; and
3) “… not duplicative of other research projects being funded by the Foundation or other Federal science agencies.”

Right now, NSF grants–which are highly competitive–are decided by panels of expert scientists, who rank them on their intellectual merit and their broader impacts on society. “Questions and problems of utmost importance” is a key phrase here. It would be hard to argue that research on duck penises is of utmost importance, for instance. But it does have scientific merit, and incredible impacts on the research community and society at large.

Did you know ducks are one of a very small number of species that commit rape? Female ducks have evolved clockwise spiraling vaginas to avoid this forced copulation, and in turn, male ducks have evolved counterclockwise corkscrew penises. Scientist Patricia Brennan’s study, also the target of GOP ridicule, examined how the presence of other male ducks affects genital morphology. She and her colleagues found competition is a driving force behind these traits.

“Generating new knowledge of what factors affect genital morphology in ducks, one of the few vertebrate species other than humans that form pair bonds and exhibit violent sexual coercion, may have significant applied uses in the future, but we must conduct the basic research first,” Brennan writes in an excellent Slate essay defending her research.

Basically, the bill is the latest effort by Republicans to attack basic scientific research, in the physical as well as the social sciences. From Sarah Palin mocking fruit fly research to John McCain questioning the value of astronomy outreach, this game has a long history. The NSF bill’s author is Rep. Lamar Smith, who authored the much-loathed and eventually-killed SOPA bill to “stop online piracy.” He sent a letter last week to acting NSF director Cora Marrett, questioning a swath of scientific studies conducted with NSF dollars.

“I have concerns regarding some grants approved by the Foundation and how closely they adhere to NSF’s ‘intellectual merit’ guideline,” he wrote. He proceeded to call out studies titled “Picturing Animals in National Geographic,” “Comparative Histories of Scientific Conservation: Nature, Science, and Society in Patagonian and Amazonian South America,” “The International Criminal Court and the Pursuit of Justice,” and a few others.

The names of these studies are now flash points, joining the ranks of others previously held up as exemplars of your money wasted on privileged intellectuals. But the leaders of these projects were awarded grants, in each case a few hundred thousand dollars, because a committee of their peers and competitors judged them worthy and important for scientific research. No offense to Rep. Smith, but he’s not exactly qualified to judge the nature of ecological protection in South America, or the conservation benefit of National Geographic’s nature photography. Neither am I–the committee of peers that made those awards is the rightful decider.

President Obama, speaking to the National Academy of Sciences on its 150th anniversary this week, signaled he won’t stand for this political change.

“In order for us to maintain our edge, we’ve got to protect our rigorous peer review system,” he told the gathering Monday. “One of the things that I’ve tried to do over these last four years and will continue to do over the next four years is to make sure that we are promoting the integrity of our scientific process; not just in the physical and life sciences, but also in fields like psychology and anthropology and economics and political science — all of which are sciences because scholars develop and test hypotheses and subject them to peer review.”

That Obama felt the need to define science highlights the real problem with Smith’s legislation, and the problem with the Republicans’ attack on science in general: They aim to undermine the very meaning of it. They’re not just judging the results. They’re judging the validity of even asking the question. Of even wanting to look for an answer. And that is the scariest thing of all.