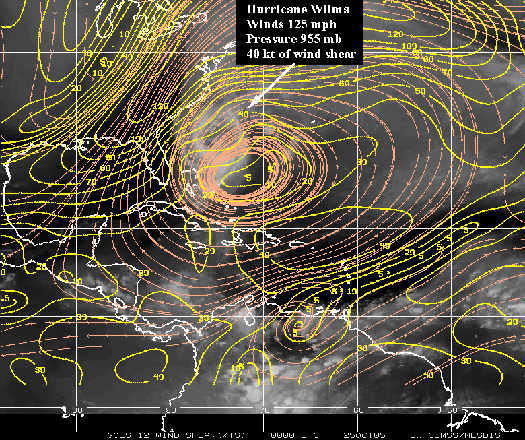 Wind shear usually comes up when you talk about how a hurricane weakens. The term refers to changes in wind speed or direction over a short distance and can be measured either vertically or horizontally.

During hurricanes, the vertical measurement is more important. Our active weather is confined between the Earth’s surface and the top of the troposphere, the lowest layer of Earth’s atmosphere. Hurricanes, which fill this entire vertical space, are steered by average wind.

High wind shear can remove some of the heat being released by a hurricane or blow the top portion of the hurricane away from the bottom, causing its vortex to tilt. Such a tilt will make the hurricane, which runs on heat, less efficient.

Reports said that though Hurricane Sandy battled high wind shear on Saturday, wind shear is forecasted to decline and the hurricane may strengthen.