Write Your Name In The Stars With This New Font

Plenty of galaxies look like letters, so why not use them as letters? 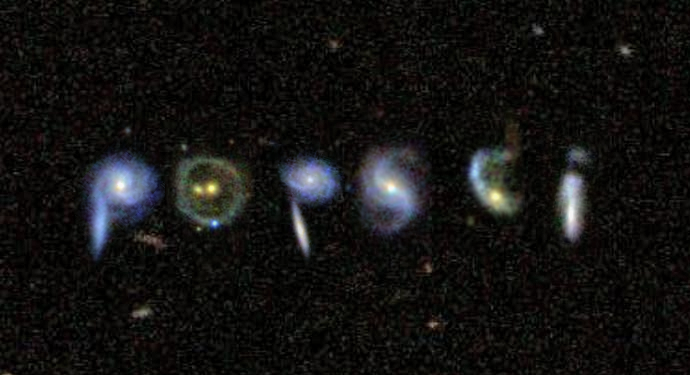 When you spend lots of free time categorizing images of galaxies, you start to see recognizable shapes–including the letters of the alphabet. Over the past couple of years, the volunteer galaxy hunters over at the Zooniverse compiled a list, and now it’s available on a whole new section of the site. You can write your name in the stars!

My Galaxies is a collection of images from the Sloan Digital Sky Survey that Galaxy Zooites believe look like letters. Some might be a bit of a stretch, but when you see a whole word in context, you can’t mistake it.

“When you’ve got pictures of millions of galaxies and an energetic group of Zooites, there isn’t much that can stay hidden,” explains Steven Bamford, senior research fellow at the Centre for Astronomy and Particle Theory at the University of Nottingham. Bamford created a new font using the Galaxy Zoo imagery. So far, 6 percent of users had the word “love” in their messages, and 1.8 percent had swear words of some kind. Be creative and make your own here.