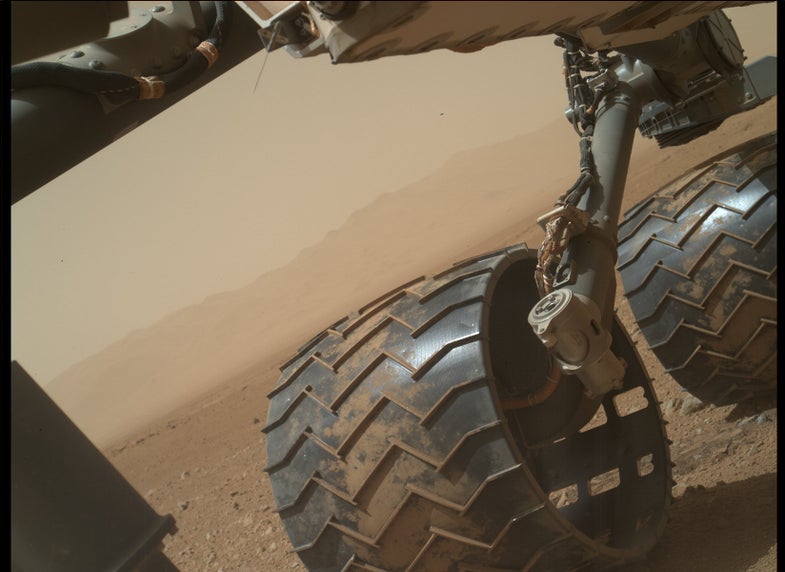 The Mars rover Curiosity is still busy checking itself out, photographing its wheels and undercarriage after taking a lovely self-portrait the other sol. No, this was not edited with the Instagram Earlybird filter.

The ground at Gale Crater is made of pretty compact, fine-grained stuff, as you can see from the rusty-colored dust on the wheels. That’s good because the rover won’t sink into the sand, but it might make it hard for her to scoop up the dirt when the time comes.

Those holes in the wheels, on the far side of the wheel in this image, form the rover’s visual odometry, spelling JPL in Morse code.

Curiosity is downloading thousands of pictures of itself and its surroundings, completing a few new checkouts before she rolls toward a rock outcropping called Glenelg, probably sometime in the next couple Mars-weeks.