What Countries Are The Worst At Protecting Endangered Animals? [Infographic] 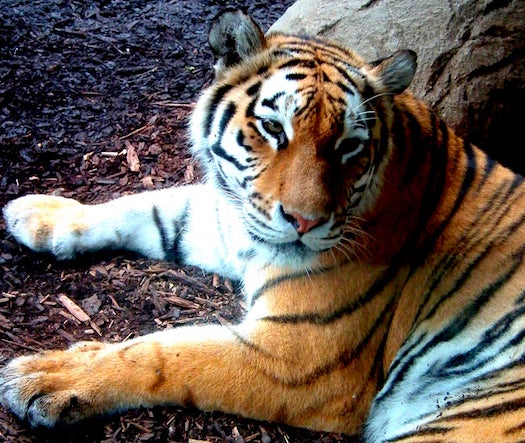 The demand for ivory and other illegal animal parts is on the rise in China and other Asian markets, and in Africa, tens of thousands of elephants are being slaughtered each year to meet it. Rhinos and tigers–whose horns and various other parts are also popular in China and Vietnam–are aggressively poached as well.

Recently, the World Wildlife Fund took a close look at how hard the world’s nations are working to stop the illegal trade (most countries are part of a treaty called CITES that expressly forbids it), and summed up their results in an infographic: 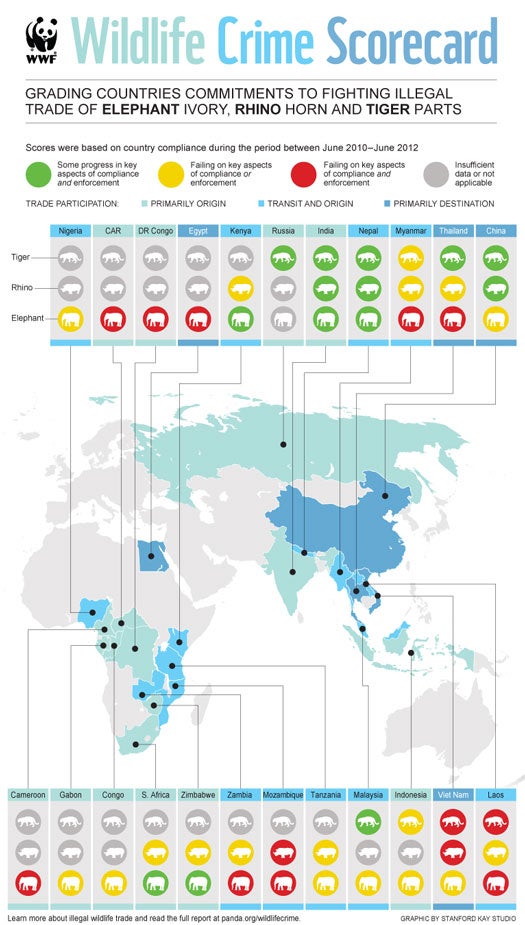 According to a press release accompanying the report, Vietnam’s high demand and lax enforcement of rhino protection laws has triggered a poaching crisis in South Africa, where several hundred rhinos have been killed so far this year.