It's not the best time to be a pangolin. 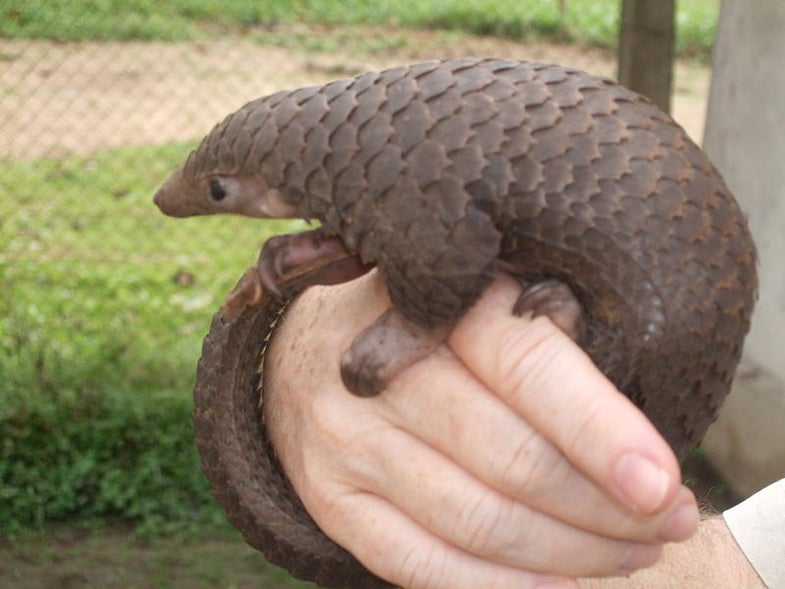 Pangolins, scaled mammals that live in Southeast Asia and Africa, are being illegally trafficked on a massive scale, according to a new study–they are now the “most traded wild animal,” according to the International Union for Conservation of Nature. The same armor-like scales that protect these little guys from predators are desired in traditional Chinese medicine for their bogus medicinal value. The amount of animals being killed and traded is growing, and so is the price for scales: They currently fetch $600 per kilogram ($272 per pound), twice what they traded for only five years ago, according to a study in Frontiers in Ecology and the Environment. Rising demand is driven in part by rapid economic growth in Asia, which has also fueled increased poaching of rhinos and elephants.

Authorities in the Chinese government and elsewhere now seize approximately 10,000 animals per year, but experts warn the illegal trade is far greater, the BBC reported.

“The numbers of pangolins traded are shocking, and all the more so considering the pharmaceutical pointlessness of the trade,” David Macdonald, director of the University of Oxford’s Wildlife Conservation Research Unit and paper co-author, told the BBC. “This trade is intolerably wasteful.”

Two of eight species of pangolins, also known as scaly anteaters, are considered endangered by the IUCN. Unlike elephants, rhinos, and big cats, the fate of the pangolin has been overlooked, since they are lesser-known, say conservationists. Officials from TRAFFIC, a group that monitors illegal wildlife trade are “helping to train customs and postal workers to help them detect smuggling attempts and raise awareness of the animals’ plight,” the BBC noted.