It’s not in doubt that global warming is changing the planet for the worse, but it’s difficult to identify which,... 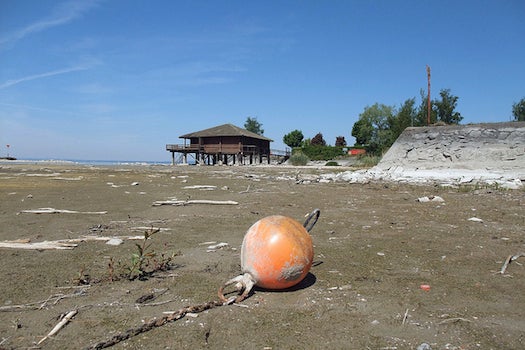 It’s not in doubt that global warming is changing the planet for the worse, but it’s difficult to identify which, if any, specific weather events we can definitively link to it. But a new (and divisive) paper from senior NASA climate scientist James E. Hansen suggests that global warming is almost definitely the cause of heat waves and other events observed in the last decade.

The paper, published Monday in the Proceedings of the National Academy of Sciences, says events like last year’s heat wave in Texas and the 2003 heat wave in Europe were almost certainly caused by systematic climate change. We can say with certainty, says Hansen, that these events wouldn’t have happened without the effects of greenhouse gases.

The study examined extreme weather events from 1951 to 1980, then compared them with events between 1980 and 2011. They found that only two tenths of a percent of the world was hit by extreme weather in the former years, but that the number jumped to between 4 and 13 percent in the latter span. That, the scientists say, is enough to conclude that recent extreme weather events could only plausibly be caused by global warming.

Some climate scientists, however, are critical of that analysis, saying the correlation between global warming and specific extreme weather events isn’t great enough to warrant linking them.

[PNAS via the New York Times]