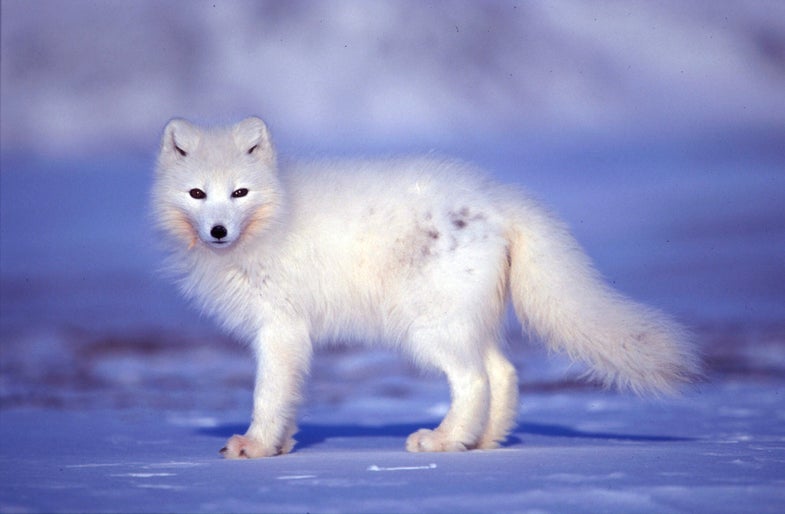 Researchers are already learning how a changing climate can affect populations of individual species, from plants to animals. But they haven’t been able to really pin down how entire communities of different species will respond to changing global patterns. Now a study that examines four super-hardy Arctic animals shows how climate change will bring the birth and death rates of each species into sync.

Just four animals make their year-round home in Norway’s frigid Svalbard archipelago: reindeer, rock ptarmigans, little rodents known as sibling voles, and Arctic foxes, which eat the other three. Scientists from the Norwegian University of Science and Technology studied populations of these animals living on the island of Spitsbergen, which is at 78 degrees north latitude. The three herbivores already fight for limited food supplies during winter, and when ice coats the frozen tundra, they have nothing to eat.

Svalbard, which serves as a sort of Arctic bellwether, is experiencing an increase in freezing rain, which encases snow in a thick crust animals can’t penetrate. This is linked to shifting cycles related to a warming Arctic climate. The result: Fragile tundra vegetation will perish under the ice, and the herbivores will starve. Brage Bremset Hansen, from the NTNU’s Centre for Conservation Biology, studied years of data on ptarmigans, reindeer, voles and foxes and noticed population crashes among the herbivores after icy winters. Arctic fox populations lagged a year behind, however. 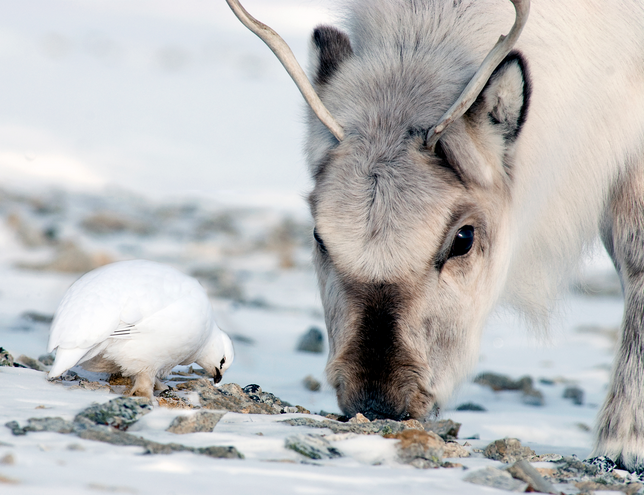 A Svalbard rock ptarmigan and Svalbard reindeer feast together on an ice-free ridge in late winter.

Hansen and colleagues think this is because of a sharp spike and then decline in herbivore carrion. With a ready supply of starved-to-death animal carcasses, foxes have plenty to eat right after a nasty winter, resulting in high fox reproduction that spring and summer. But the next winter, whatever herbivores did make it are probably the hardy ones, and there’s less competition among them for the limited food supply–so fewer of them perish. That means a lack of food for foxes that winter and in the following spring, and fox populations plummet. This climate-driven effect is likely present in more complex ecosystems than the frigid plains of Svalbard, Hansen noted–it’s just harder to notice.

The Arctic is expected to see more ice fall in the winters as global climate patterns shift, according to the paper. “Svalbard is characterized by large weather fluctuations
and has been considered an ‘early warning’ system for the projected increase in extreme events and rainfall during winter across the Arctic,” the authors note. “As demonstrated here, such extreme events may have broad ecological implications.” The paper is published today in Science. 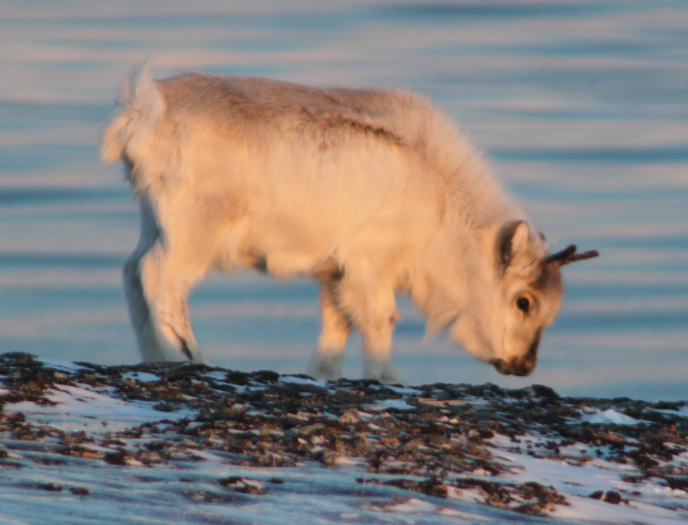 Rainy days during winter encapsulate herbivores’ food sources in ice, so reindeer in Svalbard have to look elsewhere for food. This reindeer calf is searching for kelp along the shoreline.
Animals
arctic ice
arctic waters
climate change
foxes