What Could Possibly Go Wrong: Blotting Out the Sun 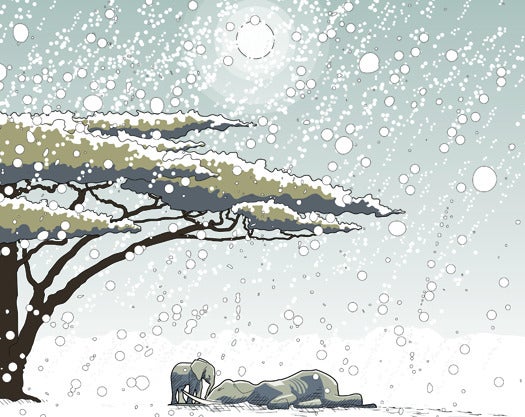 Engineering the atmosphere to forestall the worst results of global warming was once considered too hubristic to seriously contemplate. The grim prospects for passing an international climate-change treaty have changed that. Last year the National Academies of Science in the U.S. and the Royal Society in the U.K. both convened meetings on geoengineering. The schemes generally fall into two categories—CO2 capture (pulling carbon dioxide from the air) or solar-radiation management (reflecting sunlight)—but it’s a form of the latter, which involves using airplanes or long hoses to pour sulfate aerosols into the lower stratosphere, that’s the most audacious.

Once in the stratosphere, the theory goes, the aerosols would reflect some solar radiation and prevent a devastating rise in the average global temperature. The theory is not crazy. In 1991, after the eruption of Mt. Pinatubo in the Philippines spewed 20 million tons of sulfur dioxide into the stratosphere, the average global temperature dropped by about 1° F from 1991 to 1993. But administering such a program well would require an unprecedented degree of international coordination and funding, and the odds of miscalculation are high.
And the potential negative consequences are, in the worst case, extreme.

Consider a hypothetical scenario in the year 2030. Severe storms and floods, prolonged droughts and wildfires have become commonplace. China has become the world’s largest economy, and two decades of coal-fired hyper-growth have overwhelmed the country’s advances in clean energy and efficiency. It is losing nearly 2,000 square miles a year to desertification, at a cost of $10 billion annually. Its eastern agricultural regions, which once fed a substantial fraction of the world’s population, have seen water tables decline precipitously from drought and overuse. Food shortages have become widespread.

Under pressure to address climate change yet unable to slow growth without risking domestic unrest, the Chinese government pressures the U.S. and the European Union to cooperate on a program of geoengineering. It proposes launching military aircraft into the lower stratosphere to release several million tons a year of sulfur-based gases, with the intent of reflecting sunlight and blunting the rise in global temperature. The U.S. and E.U. balk, and China goes ahead alone. Lacking the power to stop it, Western countries look on in dismay as Chinese jets take to the sky.

The U.S. soon has no choice but to step in as a partner, if only to stabilize the delivery and geographic dispersal of the particles. With the world’s two most powerful nations now perceived as “in charge” of the climate, other countries suspect that they are manipulating the weather to their own benefit. Every flood or fire is seen as a Sino-American responsibility.
After about five years, scientists begin to realize that blocking sunlight causes far worse side effects than anticipated. Less heat has meant less evaporation and less water entering the hydrological cycle. The Asian and African monsoons bring less and less rain, leading to droughts that disrupt food supplies for billions of people. Meanwhile ocean acidification, which sun-blocking does not mitigate, has begun to shut down major fisheries.

After 10 years, pressure from battered countries is overwhelming. To avert war, China and the West abandon their geoengineering programs, despite the frantic protests of their scientists. And what happens next is even worse.

Within two years, atmospheric sulfur levels plunge to pre-geoengineering levels, and the global average temperature, artificially suppressed for a decade, comes roaring back. Once again, patterns of precipitation and temperature shift abruptly, wiping out the efforts of the world’s farmers to adapt to the changes of the decade prior. The high temperatures free billions of tons of methane—a greenhouse gas 30 times as potent as CO2—from the melting Arctic permafrost, which in turn accelerates warming. The process becomes self-reinforcing and unstoppable. By 2050, starvation, disease and near-constant armed conflict have devastated the developing world. India and Pakistan, starving, desperate and paranoid, are on a nuclear hair trigger. Then a bomb goes off in India, and things really start going badly.

Avoid having to even contemplate geoengineering by keeping atmospheric CO2 levels low—ideally, to 350 ppm.