SASSA, the Military’s New Satellite Self-Defense System, is Ready to Go to Space

A new satellite defense technology is about to get its first real-world test in orbit, and while we naturally don’t... 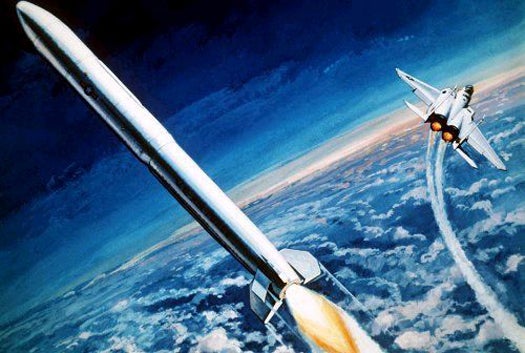 A new satellite defense technology is about to get its first real-world test in orbit, and while we naturally don’t get to know much about it just yet, the Air Force has confirmed that a classified satellite launching sometime in the near future will carry the awkwardly named Self-Awareness Space Situational Awareness system, or SASSA. Like radar for satellites, the system will alert operators of potential space-borne threat to the satellite and perhaps even take kinetic action should a satellite become threatened.

That marks a pretty big milestone for space-based defensive capabilities. As of right now, U.S. military forces are extremely reliant upon orbiting hardware like GPS satellites, reconnaissance satellites, and the like. They guide our ships and our planes, augment our missile guidance, and otherwise tell our troops where they are on the map, not to mention providing critical communications.

They are also largely undefended. Space is a big place and it’s difficult to cut down the angle of attack for something orbiting up there in free space. As such, military leaders are increasingly concerned about threats like anti-satellite (ASAT) weapons (remember China’s 2007 ASAT missile test that created all that space debris?), which could effectively put American forces in the dark in the case of all-out warfare.

Enter SASSA, which will act like a radar receiver for orbiting satellites, warning satellite handlers if it perceives incoming threats ranging from ASAT missiles to ground based lasers or signals that could blind it or jam its signals. No one is yet divulging the details of exactly how SASSA will work (this is top secret satellite stuff, after all), but as the Register smartly notes, maybe that’s why we’re being fed just this little nugget of information about the system.

After all, meddling with another state’s satellites is a major offense under international convention, and it’s only something you do if you think you can get away with it. SASSA will make it more difficult for another actor to mess with America’s space-based capabilities. And maybe that’s exactly why they’re getting the word out about SASSA beforehand.