This little chameleon is one of four miniature lizards identified in Madagascar, adding to our growing list of amazingly teeny... 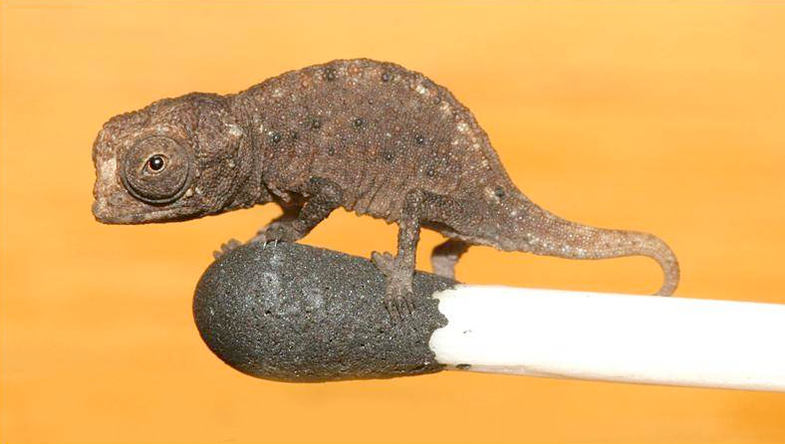 This little chameleon is one of four miniature lizards identified in Madagascar, adding to our growing list of amazingly teeny animals. The one on the match in this picture is a juvenile, but even the adults max out at 30 millimeters. They’re the smallest lizards in the world, and some of the smallest vertebrates found to date.

The Lilliputian lizard is near the lower limits of size in vertebrate animals. Learning about how these creatures live can put some constraints on animal morphology — if your species has eyes, a backbone and a brain, there’s likely a limit to how little you can get. A different group of field biologists just announced the world’s smallest frog, and they claim it is the smallest vertebrate in the world, knocking a tiny Indonesian fish off the pedestal of puniness.

The chameleons are related to other Madagascan lizards, but DNA analysis showed they have enough genetic differences to count as distinct species, according to the researchers who found them, led by Frank Glaw of the Zoological State Collection of Munich. The animals live in leafy undergrowth in Madagascan forests.

Tiny and camouflaged — how did they find these guys? Most of the lizards were collected at night, when they typically climb up into the underbrush to roost. The field biologists used torches and headlamps to spot the sleeping lizards, according to their paper.

The paper appears in the open-access journal PLoS One. 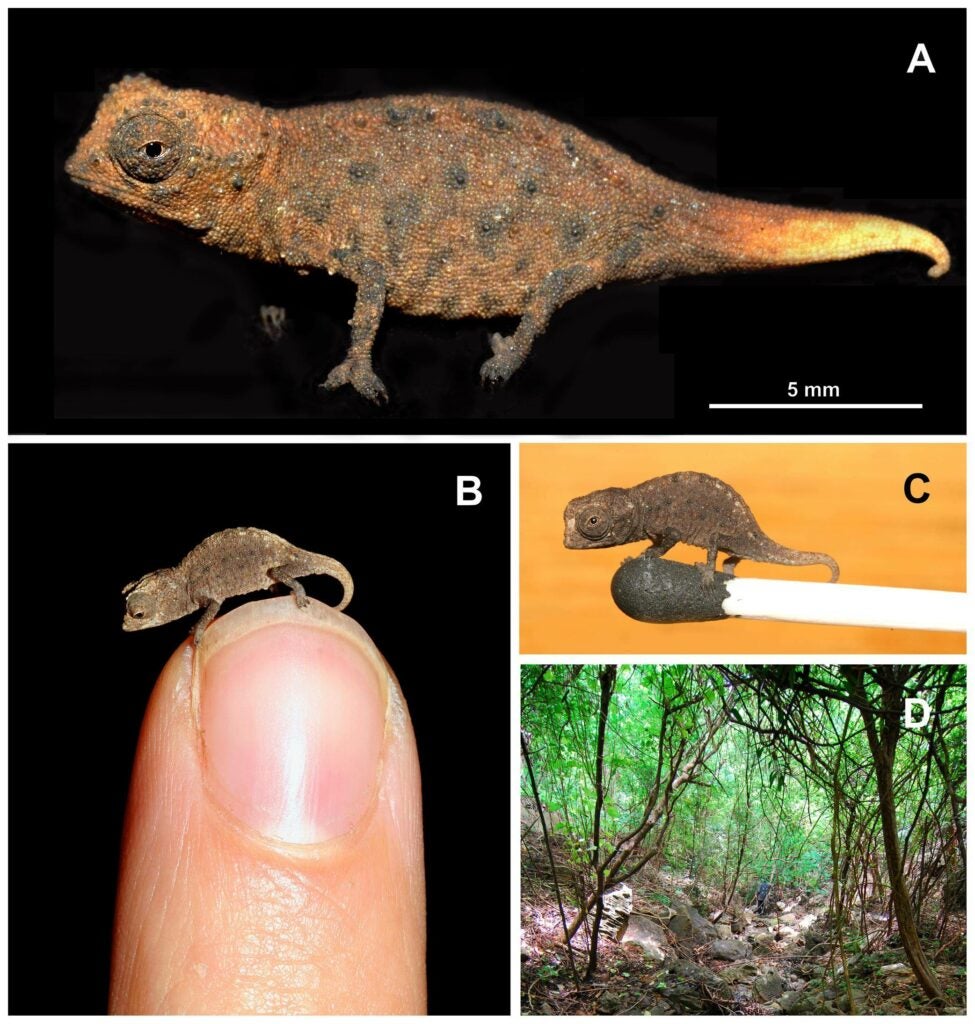 Although the four new species are similar in appearance, a genetic analysis showed they are distinct species.
Africa
Animals
chameleon
lizards
madagascar