Study: Your Doctor Really Does Feel Your Pain

Revenge for "this will only hurt a little." 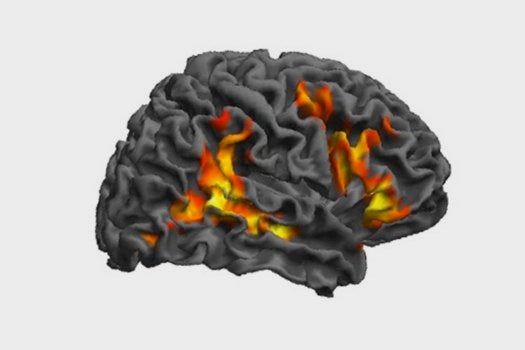 They say good health is its own reward, but your good health may be a reward for your doctor, too. When doctors felt they were helping relieve a patient’s pain, their brain activity mirrored that of a patient experiencing a placebo effect, according to a study published online yesterday in Molecular Psychiatry.

A team of Harvard researchers tricked 18 physicians into thinking they were either relieving patients in pain or letting them suffer. This all took place within an fMRI scanner, where researcher could measure the doctors’ brain activity.

The participating doctors were told they were using an electronic device that relieved pain. To make this believable, researchers first gave the doctors a dose of thermal pain, then used the fake machine to treat them (while lowering the heat). The doctors’ brain activity was monitored by fMRI scans so that researchers could pinpoint the brain regions affected by the pain.

The physicians were then asked to perform a routine examination on a patient and answer a questionnaire about their own empathetic abilities. Finally, the doctors went into the fMRI scanner, where mirrors allowed them to make eye contact with their patient outside. They were either told to treat the patient’s pain using the device, or press a control button that wouldn’t impact the pain one way or another.

Doctors saw their patient express pain when they didn’t activate the relief treatment and maintain a relaxed face when they did. When doctors administered the treatment and watched the patient relax, a region of their brain previously associated with the placebo effect was activated. Physicians that self reported more empathetic skills often showed more activity in a brain region associated with reward when their patient felt relief.

Neurologically, the doctors expected patients to get better when they administered the treatment, and then their brains processed the outcome like a reward, and the more empathy they could feel with the patient, the greater the reward.

Previous research has shown both of these regions are active when patients experience the placebo effect, but this is the first study to suggest doctors feel the same.