Fighting Drugs With Drugs: An Obscure Hallucinogen Gains Legitimacy as a Solution for Addictions

Giving a heroin addict one of the most powerful psychedelic drugs seems like a bad idea. Yet that’s exactly what... 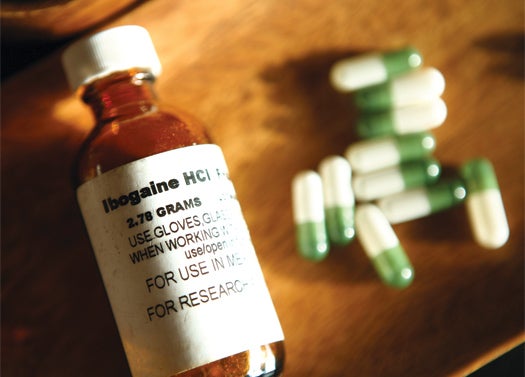 Giving a heroin addict one of the most powerful psychedelic drugs seems like a bad idea. Yet that’s exactly what a group of scientists will do this month. Ibogaine, they say, might be the best way to break drug addicts of their habit.

Ibogaine, a brown powder derived from the African Tabernathe iboga plant, has intrigued researchers since 1962, when Howard Lotsof, a student at New York University and an opiate addict, found that a single dose erased his drug cravings without causing any withdrawal symptoms. Unfortunately, the hallucinogen can increase the risk of cardiac arrest, and the U.S. Drug Enforcement Agency lists it as a Schedule 1 substance, a classification for drugs like ecstasy and LSD with “no known medical value” and “high potential for abuse,” making it difficult to get federal funding to run clinical trials. 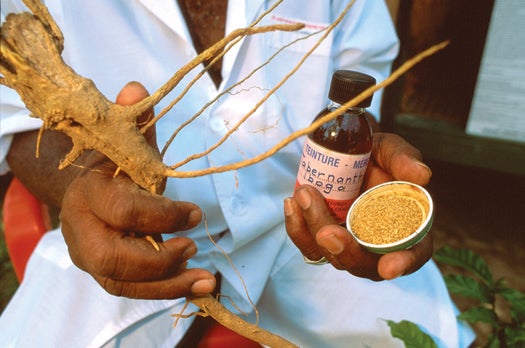 Animal tests, however, have shown the drug’s medicinal promise. “Rats addicted to morphine will quit for weeks after receiving ibogaine,” says Stanley Glick, the director of the Center for Neuropharmacology and Neuroscience at Albany Medical College. And addicts have reported positive effects in Mexico and Europe, where ibogaine therapy is legal. “Going cold turkey is horrible. There’s vomiting and diarrhea and pain and a constant drug craving,” says Randy Hencken, a drug user who was treated in Mexico. “After ibogaine, I didn’t feel any symptoms or cravings. I’ve been clean for nine years. Heroin and cocaine no longer have any power over me.”

Despite these successes, ibogaine lacks scientific credibility. “As great as ibogaine seems, no one knows exactly how effective it is as a treatment,” says Valerie Mojieko, the director of clinical research for the Multidisciplinary Association for Psychedelic Research (MAPS), a privately funded Massachusetts-based nonprofit. So starting this month, MAPS will enlist Clare Wilkins, the director of Pangea Biomedics, to run the first long-term study to gauge the drug’s lasting effects at her clinic in Mexico (where patients already pay $5,000 for the treatment). She will treat 20 to 30 heroin addicts and, for the next year, MAPS will subject them to psychological and drug tests to quantify ibogaine’s effectiveness.

The study will also help establish how to prescribe the drug safely. “Most psychedelics are relatively harmless,” says neurologist Deborah Mash of the University of Miami, “but ibogaine has a much narrower margin for error.” Mash runs an ibogaine clinic in St. Kitts and has treated more than 400 addicts without incident in the past decade. But in the early 1990s, overdoses of the drug at a clinic in the Netherlands led to several deaths, which ultimately scared off the National Institute of Drug Addiction (NIDA) from starting its own research program in the U.S.

From the limited research, though, scientists have two theories about how ibogaine works. Some say it’s purely biological—that ibogaine degrades into a compound that binds with opiate receptors in the brain to quiet cravings. Others believe that it is also psychological, with the “whole-life review” part of the hallucination providing perspective on the negative aspects of drug use, and so the subject strives to quit.

Regardless of the mechanism, proving ibogaine works is essential to winning approval and funding for clinical trials in the U.S. The sooner the better: Nearly seven million Americans abuse illicit drugs, costing the nation an estimated $181 billion a year in health care, crime and lost productivity.

The MAPS study should begin to answer questions about ibogaine’s efficacy and safety, but most experts think prescriptions are 10 to 15 years away. Until then, desperate patients will continue to seek out treatment in unregulated places such as Mexico, and that’s ideal for neither the patients nor the researchers. Rick Doblin, the founder of MAPS, hopes this study will force regulators’ hands. “If we can show great results, it could increase support for ibogaine clinics and maybe get NIDA interested again—because that’s who really should be doing this research.” 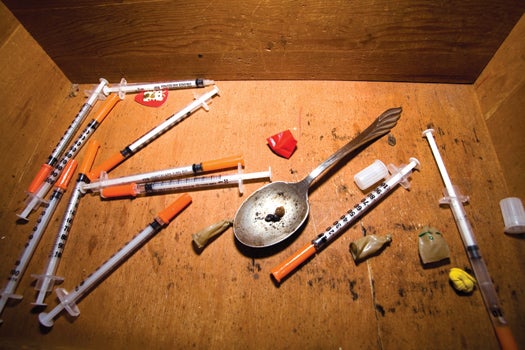