Leave it to the French to do something that’s undeniably awesome yet leaves us feeling somewhat uncomfortable at the same... 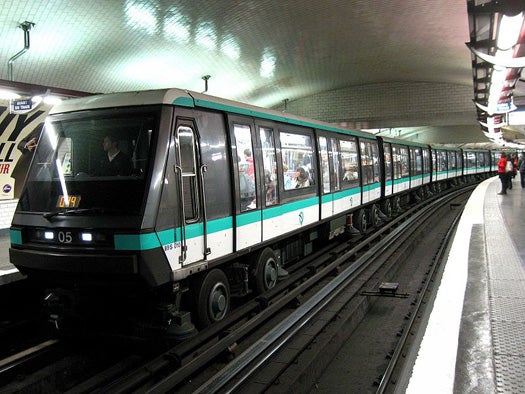 Leave it to the French to do something that’s undeniably awesome yet leaves us feeling somewhat uncomfortable at the same time. An experimental heating system, being installed in a public housing project in Paris, will use the warmth generated by human bodies in a nearby Metro station to heat the building.

The system will tap the caloric heat emitted by the passengers milling about below ground as well as the heat generated from trains moving on the tracks, and funnel it through an underground corridor to heat exchangers that will push warm air through the building’s pipes. The system isn’t stand-alone, but will be supplemented by district heating.

The system is expected to heat 17 apartments and should cut carbon emissions by a third compared with a standard boiler heating system. And while we’re generally all for smart applications of technology to make use of resources that are otherwise wasted, admittedly there’s something eerily Matrix-esque about knowing that someone’s apartment is being heated by your beating heart.

But for anyone who does feel their biology has been violated, it’s worth noting that Paris has no plans to make the human-heating scheme ubiquitous. This particular project is one of opportunity – a stairwell that happens to connect the building to the Metro is serving as a conduit for the heat – and creating a means to pipe heat from other Metro stations to surrounding buildings is too expensive to be feasible.