Russian Seed Bank, Saved During WWII, Fights to Save Land From Developers

During the siege of Leningrad, 12 scientists starved to death rather than eat the grains stored at Pavlosk Agricultural Station,... 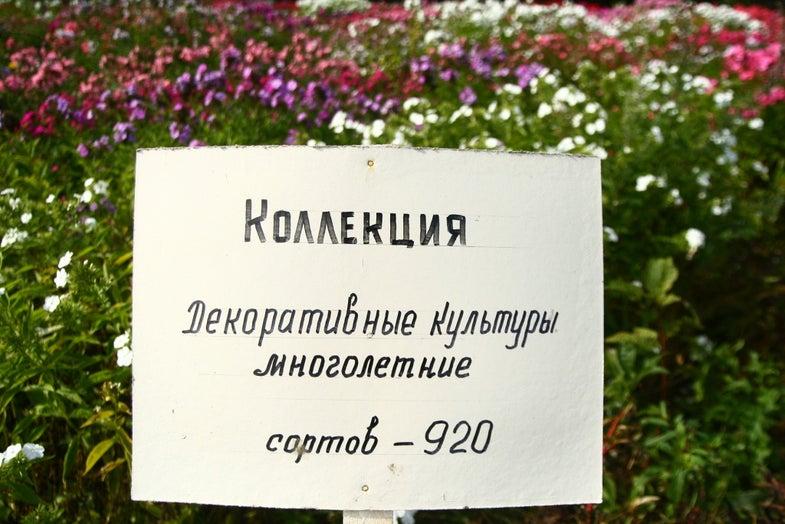 During the siege of Leningrad, 12 scientists starved to death rather than eat the grains stored at Pavlosk Agricultural Station, the world’s first seed bank. According to an AP story, their efforts to save the seeds for future generations may now be in vain after a Russian court approved plans to raze the station’s fields of plants so a developer can build luxury homes.

Though Russian president Dmitry Medvedev has ordered an investigation, the first plot of land goes up for auction Sept. 23, leading scientists to wonder if Medvedev’s intervention may come too late.

The seed bank is home to one of the world’s largest collections of fruits and berries, including almost 1,000 types of strawberries from 40 countries, 300 varieties of cherries and almost 900 kinds of black currants, as the AP reported Sunday.

Many of the crop varieties at Pavlosk Station are no longer in use, but they could be valuable for breeding new varieties — like ones that can handle the intense heat Moscow has experienced this summer.

Seed banks act as a botanical Noah’s Ark, ensuring the world has access to genetically diverse crops. They act as a hedge against future threats like climate change, drought, insects and war.

We’ve previously featured the Svalbard “doomsday vault” seed bank, which stores seeds from around the world in an underground facility designed to protect them from any potential catastrophe. But as many as 90 percent of the varieties at Pavlosk Station are not found anywhere else.

Other seed banks have already succumbed to war; during the U.S. invasion of Iraq in 2003, that country’s national seed bank was destroyed. Similarly, Afghanistan’s seed bank was destroyed in the 2001 overthrow of the Taliban, but sister seeds were being stored at the U.S. seed bank, located on the campus of Colorado State University. The American researchers sent the Afghan seeds home.

International organizations, including the Global Crop Diversity Trust and Biodiversity International, mobilized on social media sites to encourage Medvedev to stop the construction plans. The crop trust is calling the development plans “the second siege.”

Medvedev sent a message on his Twitter page last week saying he “gave the instruction for this issue to be scrutinized,” AP reports. The government Audit Chamber is meeting Aug. 27 to decide how to proceed.