This week, doctors drilled a hole into a Scottish truck driver’s head and injected his brain with 2 million stem... 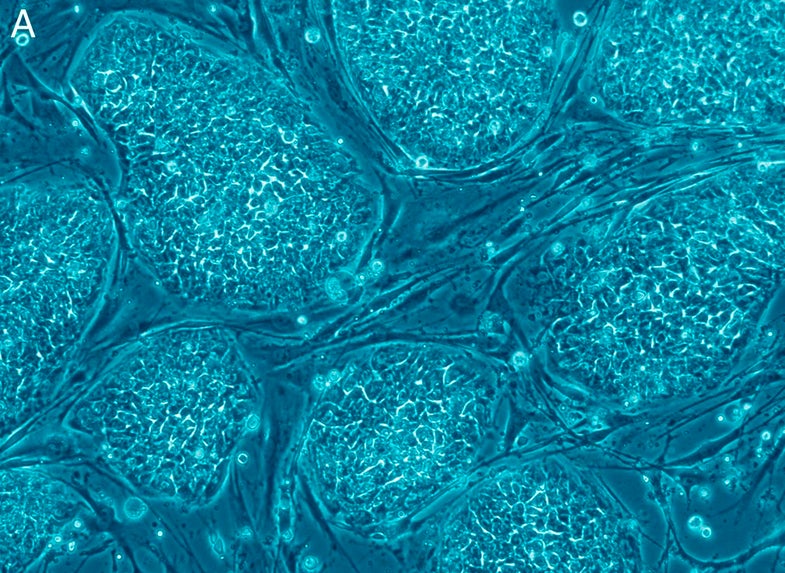 This week, doctors drilled a hole into a Scottish truck driver’s head and injected his brain with 2 million stem cells, in the first-ever regulated human trial for stem cell stroke treatment.

Doctors at Glasgow’s Southern General Hospital will conduct periodic MRI scans to look for repairs or changes in areas of the patient’s brain damaged by stroke. The trial, called Pilot Investigation of Stem Cells in Stroke (PISCES), is designed to check the procedure’s safety, but any signs of physical improvement would be a major leap in neural medicine.

Before the surgery, researchers at UK company ReNeuron grew the stem cells into neural stem cells. British media said the company obtained the cells from a donated 12-week-old human fetus from the U.S. (An embryo becomes a fetus about eight weeks after fertilization.)

Keith Muir of the University of Glasgow, the lead researcher on the trial, said some of the injected neural stem cells would grow into neurons. But they could prove even more versatile — earlier studies in rats showed that the stem cells triggered a wide variety of cell development, including new brain blood vessels.

During the next year, as many as 12 other patients will get progressively higher doses of stem cell injections, reaching as many as 20 million cells, according to Muir.

Stem cells are valuable because they can become any type of cell in the body, but are controversial because embryonic stem cells require the destruction of human embryos. The National Institutes of Health is embroiled in a legal wrangle over whether its federally funded researchers can study human embryonic stem cells; for now, research is progressing, but the future is in the hands of the courts.

Doctors in Russia, China and other nations offer stem cell therapy to patients with a host of maladies, but the treatments are often poorly regulated or not at all.

Despite the controversies, the Scottish trial is the second notable embryonic stem cell implantation procedure in as many months. After years of delays, the first American embryonic stem cell therapy for spinal injuries started last month, when a spinal patient received a stem cell injection into the spinal cord. Again, the study’s goal is to prove the treatment is safe, but doctors hope the paralyzed patient will see some physical improvement. As many as nine other patients may join that study.

In August, an Iraq war veteran became the first recipient of an adult stem cell implant, also to treat a spinal injury.