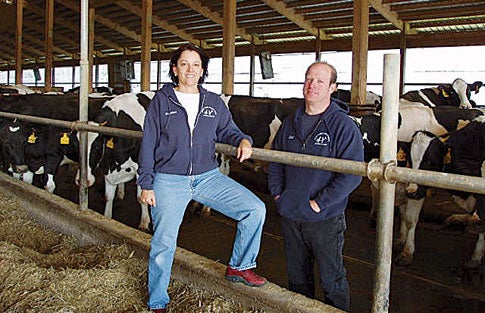 We’ve been burning “biomass” since the Paleolithic era, when wood fires warmed the cave and slow-roasted the leg of mastodon. Today most biomass energy still comes from wood, but we’re perfecting new ways to produce electri-city from agricultural waste, grassy plants–even sewage.

These materials, when burned, release carbon dioxide just like fossil fuels. But because coal and natural gas discharge carbon dioxide captured millions of years ago, they create an essentially new greenhouse gas, while biomass emissions are balanced by the CO2 captured during growth.

Among the new generation of technologies, â€gasificationâ€ has perhaps the most potential, says Richard Bain of the DOE´s National Bioenergy Center. Gasification systems use extreme heat in a low-oxygen environment to convert agricultural waste or any biomass into a mixture of hydrogen and carbon monoxide that can be burned in a boiler or can replace natural gas in a turbine. The conversion can increase efficiency by 10 percent, and exit gases can be harnessed to run a steam turbine for a second round of power generation. Waste heat from the entire process can be used to warm buildings or en- tire towns-and help garbage look a lot less like trash.

At the Audet family’s Blue Spruce Farm in Vermont, 1,500 head of cattle drop thousands of cow pies a day-enough, it turns out, to produce 1.8 million kilowatt-hours of electricity a year. The nation’s first direct farm-to-consumer renewable-energy program is supplying thousands of Vermonters with cow power, generated through a process called anaerobic digestion. The Audets feed their cow manure into an on-site oxygen-free closed-reaction tank, which uses bacteria to decompose waste into gas suitable for burning in electricity-producing turbines (manure naturally produces methane, a greenhouse gas 20 times as destructive as CO2). They use the excess generator heat to warm their water, and after the bacteria work their magic and destroy pathogens like E. coli, they get a rich compost that’s safe to handle. Best of all, Marie Audet says, “it’s less stinky. Our neighbors are happy about that.”