FYI: Just How Old is Dirt? 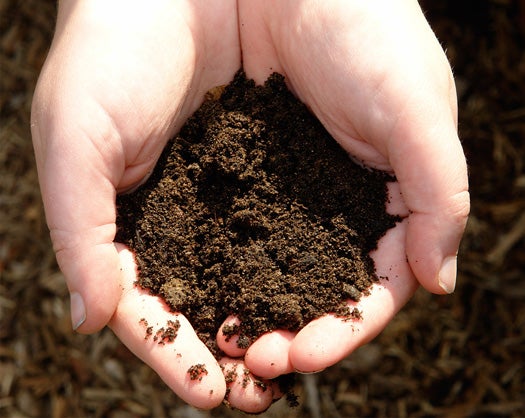 “It depends on what you mean by dirt,” says Milan Pavich, a research geologist with the U.S. Geological Survey.

“The oldest sedimentary rocks are about 3.9 billion years old—they’re in Greenland—and at one time, they were dirt. That’s pretty close to the time the Earth formed.”

But those rocks are just proof that dirt existed on the planet way back then. The stuff in your backyard is much fresher. “Most of the dirt you see today is from the past two million years,” Pavich says. About two million years ago, the planet underwent two major changes that drove the formation of new dirt. Global cooling and drying enlarged the deserts, and dust storms redistributed that dirt around the globe. Meanwhile, glaciers began extending from near the poles, grinding rocks, soil, plants and anything else into dirt as they moved over the land.

Dirt is still being produced all the time, albeit in much lesser quantities. Beneath the soil’s surface, rocks constantly react with rainwater or groundwater and slowly grind together to break down into smaller minerals. So in that respect, dirt really isn’t that old. Then again, Pavich notes, a lot of what came out of the big bang was essentially dust, which then condensed to form the stars and, later on, planets. “If you think about it,” he says, “dirt and its origin are older than the stars.”

This article originally appeared in the January 2010 issue of Popular Science_ magazine._